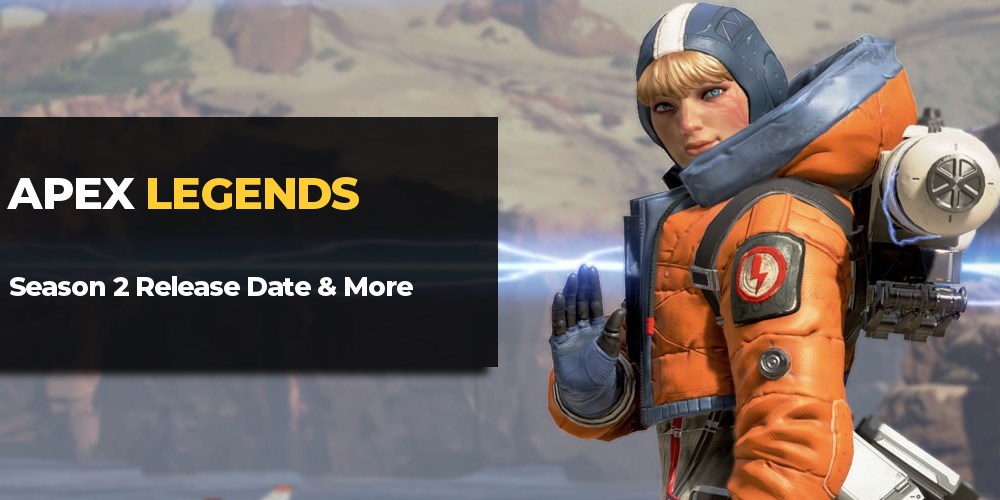 During EA Play, Respawn Entertainment revealed a lot of information about the future of Apex Legends. The season 2 of the hit battle royale game is going to launch on July 2nd. The season is called Battle Charge and it will bring lots of new things to the game. There’s a new playable Legend, a new weapon, more character and weapon skins and some significant systemic changes. Season 2 will also feature a new and improved Battle Pass.

There is a tenth legend that will join the Arena! Wattson is a female scientist-engineer and her theme is mostly based around electricity. Her tactical ability – Perimeter Security allows her to place up to twelve posts that upon activation will create an electric fence. This skill can be used anywhere in the Arena. Enemies who try to cross the fence will get electrocuted which results in stun and damage.

Her ultimate is a powerful protective tool called Interception Pylon. It basically creates a force field that blocks all the incoming enemy projectiles. At the same time her passive abilities all work to decrease the cooldowns of her tactical and ultimate.

Wattson is going to bring out some of the tactical aspects of the game, as taking control of chokepoints and tracking your enemies will be much easier with her on the team (enemies who cross the fence are not only damaged and stunned, but they will also get pinged on Wattson’s and all her teammates’ minimaps.

Lore-wise she’s extremely interesting too. Wattson helped her father in building and maintaining the Arena. All the Legends already know her, as she was always around when growing up. Her backstory suggests that the developers are actively looking at some more advanced worldbuilding and making the characters more compelling.

With the start of season 2, players will be able to find a completely new weapon in the Arena. It’s called the L-Star and it’s a plasma-fueled fully automated light machine gun. It’s a care package weapon that’s also the first gun that can open doors. There are also going to be balance changes to the preexisting weapons that should equalize their power levels.

There will be four legendary skins, two for characters and two for weapons. Octane will get a Jade Tiger skin, while for Caustic there will be a Prince of Darkness skin. As far as the weapons go, Spitfire is getting one called Intimidator and R-301 gets a Rampage skin that comes in two versions, iron and gold.

Season 2 will also introduce a rank system. The developers are looking to unlock the full competitive potential of this skill-based game. First steps have already been made with the introduction of the Elite Queue, but ranked is supposed to bring it up to another level. Players will be able to climb through six tiers – from Bronze to Apex Predator. At the end of the season players will get various rewards based on the division that they ended on.

Meanwhile, there’s still a lot to do in Apex Legends. The Legendary Hunt event is live and it’s a great warm-up before season 2. Players can enter the Arena and if they do well, participate in the Apex Elite Queue, where they will get the opportunity to compete with other proficient Legends on a higher level.

Of course, there are plenty of rewards to unlock. To do so, you have to complete the Legendary Hunt Challenges. Some of the available prizes are: Master of the Hunt skin for Bloodhound the Wolfpack skin for G7 Scout rifle and for two wins you’ll be able to unlock the legendary Tamed Beast skin for the Triple Take. Moreover, Battle Pass owners will receive additional rewards.