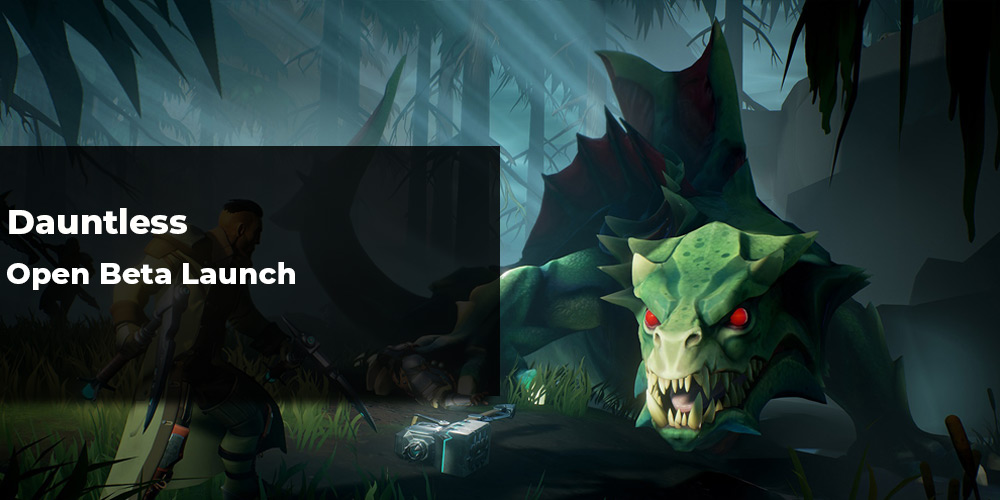 PC players have been denied the pleasure of playing Monster Hunter World as the desktop port will not go live before autumn 2018 but it seems we might have something to fill that behemoth-slaying gap - Dauntless. A multiplayer action role-playing game developed by indie studio Phoenix Labs.

Dauntless has already made headlines with its whopping 1 million registered users before the beta even launched. Now, the free-to-play monster slaying game has entered its first open beta testing phase so anyone can begin their giant murderous spree. Even the game has a different, more cartoony/Fortnite-y feel compared to Monster Hunter World the premise remains the same: track down and kill gigantic monsters around the world.

Since the beta just launched there is a number of issues players reported right away like insanely long queues, crashes and FPS drops. Thankfully Phoenix Labs team is very quick to react and keeps the community up-to-date with the known issues and upcoming solutions.

The latest beta build (0.4.0), introduces "new Evergame modifiers, multiple Behemoth and weapon balance updates, QoF improvements and a plethora of bug fixes". You can find the full patch notes. So what are you waiting for? Grab your oversize gun and go hunt yourself some ridiculously sized prey for free with founders packs including various goodies ranging from 35$ to 100$