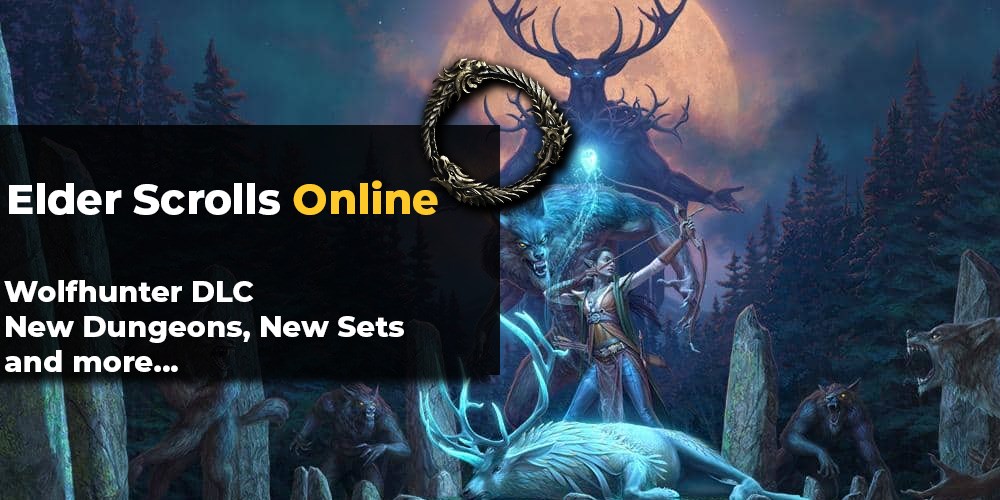 Traditionally, unlike 'chapters' like Morrowind or Summerset, DLC packs are free for all ESO+ subscribers. This new Hircine focused DLC introduces players to two new dungeons.

Former headquarters of the Order of the Siver Dawn, a group of Colovian werewolf hunters. Destroyed by ancient mother-wolf Vykosa became a lair of that legendary beast, residents were turned into beasts forever competing for the favor of their hunt-mistress. Recently, however, Vykosa has begun to gather werewolves from all of Tamriel creating an army of hungry beasts. Andonatus Varian, locked in a cell below the crumbling keep, seeks out the help of adventurers to put an end to Vykosa's threat.

A part of Hunting Grounds, a separate realm of existence ruled by a Daedric lord of the hunt - Hircine. In here mortals compete for a favor of Hircine. This ravine surrounded by insurmountable mountains is populated by the most dangerous beasts of Hircine's domain. The main game of the march is a massive Indrik imbued with powers of the Daedric Prince. Group of mortals that will manage to retrieve the glowing heart of this elusive beast may petition Hircine for a reward. 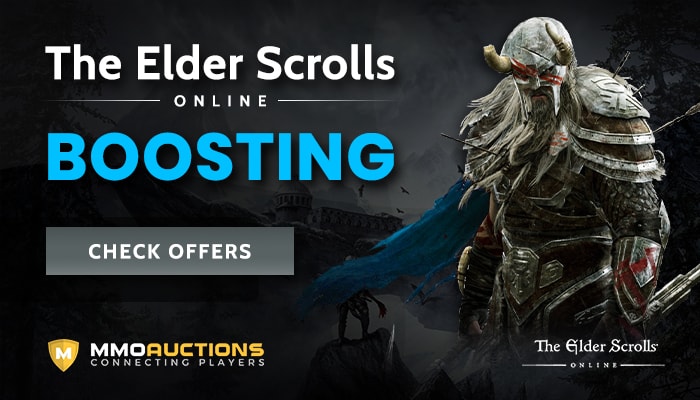 There are a total of 7 new item sets available from the two dungeons (4 per dungeon):

It is a stronghold built in the late Second Empire era. Since its conception, it has been struggling with constant pirate raids, now, since The Banner War broke out it became an obscure relic of the past. Istirus is a semi-asymmetrical map and first battleground that allows players to mount up. To entice players into battleground fights, ZoS introduced new, Battleground-exclusive outfit styles. Every time you complete a battleground you have a small chance of obtaining one of the outfit styles depending on the type of content you were doing:

The drop chance depends on how well you did on the battleground. Victors have the highest chance but even the teams that come out last also have, with enough luck, a chance of obtaining the stylebook.