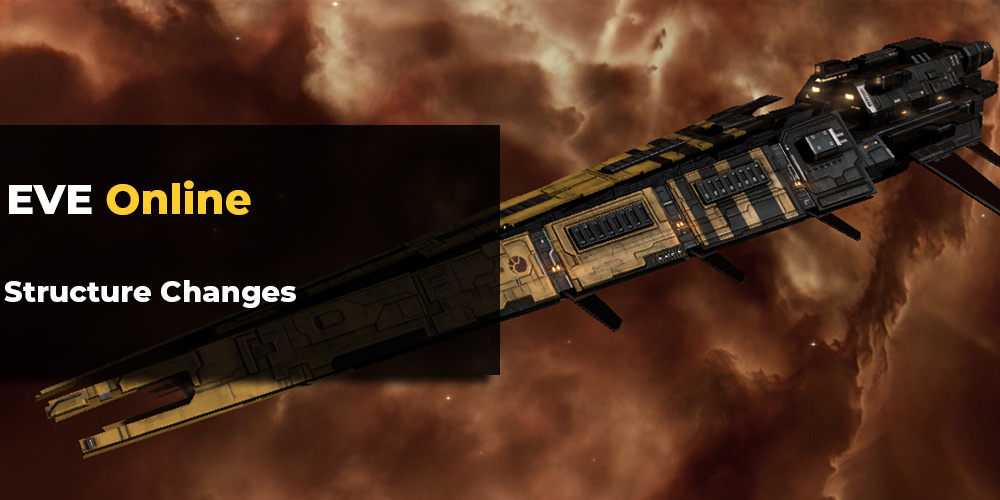 So EvE Vegas is over and we can now process the massive amount of information CCP thrown at us during their hour-long panels. Recently EvE allowed us to make our own space 'homes', now prepare to defend them (or attack others) as the structural warfare is getting a complete overhaul.

Not everything about Citadel expansion turned out great. Remember the abandoned P.O.S. in Hi-Sec? Well, same happened with cheap citadels that sprung out like mushrooms over the rain and littered the entire high and low sec with cheap, unattended, forgotten structures that nobody cared to remove because they required a hell lot of firepower, time and effort. Even if you have decided to spend resources to do so, there was, literally, no reward in it.

Future expansion, Lifeblood, will introduce new kind of space stations in form of floating moon refineries so guys at CCP decided to make a brief pause to fix the entire system before pushing it even further. In an hour-long panel (video below) developers in detail explain what will change with upcoming expansion and changes are big, so big that it feels like a completely new system.

Whether you are planning to participate in the up "moon race" and claim one for yourself or you just want to sweep all those forgotten Astarahus' littering your comfort zone, you will be glad to hear about upcoming changes. All structures are open for attack 24/7 but, after they take enough shield damage, structure enters "reinforced mode". The owner of attacked structure will pick "prime time" after 24 hours from selecting the period the shield reinforcement will disappear (during the selected range) after you pierce through the armor another reinforcement period begins and it ends at a time selected by the owner but it cannot be longer than few days (7 for high sec, 3 for low sec and null sec and 1 for W-space). Another important change is that the armor-stage reinforcement will work ONLY if the structure has any fuel-consuming service active, that way those abandoned trash-tier stations will be much easier to break.

Another great news is that the boring combat with the citadel is being tuned up a little with the removal of a void bomb in favor of tactical capital weapons. We can also expect the addition of Tech 2 structure weapons and modules.

We all know High-Security systems are littered with small-time miners that are too scared to venture deeper into space in search of their wealth. New moon harvesting mechanics sure turned few miner heads as an awesome opportunity to make some real gains in 0.5+, there is a catch tho - moon harvesting brings the war to the carebear land with small corporations and mercenaries will be able to fight over moons located in high-security space, especially with really cheap entry level for moon harvesting.

Once patch goes live you will see that the moons now have special beacon structure attached to it that will point the area where "moon harvester" has to be built. Problem is only ONE refinery can be built around a pin, once a spot is claimed the only way of someone else building there is to blow up existing structure.

With all the changes EvE just gained few extra levels of depth and immersion, all we have to do now is wait for new expansion to come out. Check out full strucutre panel from EvE Vegas 2017 for more details