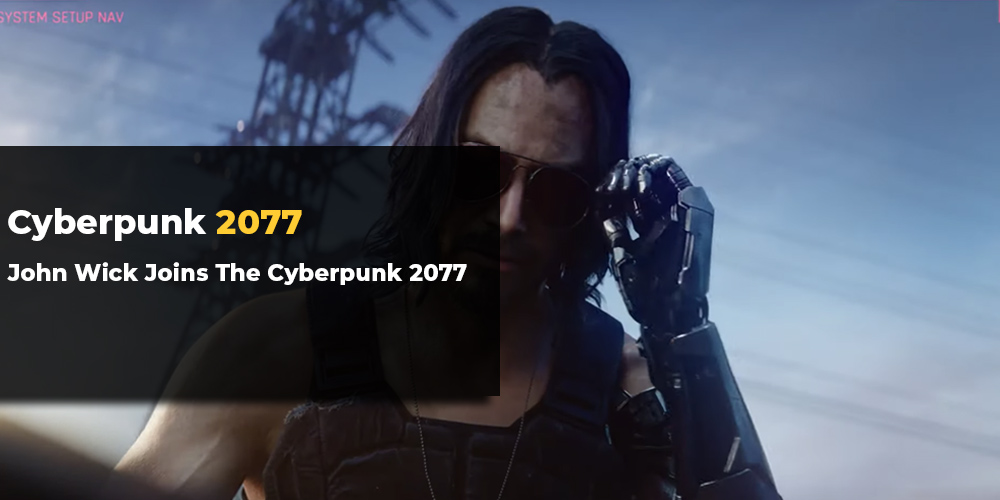 Lots of Players have been waiting for this. CD Projekt RED - creators of one of the best video games of recent years, maybe even of all time - The Witcher 3: Wild Hunt - just presented their newest trailer for CyberPunk 2077 on E3 2019 during Xbox conference. And this year - they’ve absolutely stole the show.

The trailer itself doesn’t show any gameplay this time. We get a short glimpse on the story, we can shortly experience how conflicts in this game will play out, slowly but surely showing us the setting that we will be able to experience in some time. We get to know our main protagonist - V, as we get to see how he lives through his life in futuristic Night City.

And of course CD Projekt Red left a total banger for the end of their presentation. The trailer for this game foreshadows an appearance of a special someone, and that someone will play a major role in the entire plot of this upcoming game.

Give This Man A Pencil

When the trailer brings to a close, we get the last POV shot of our character. Some tall manly figure, with a silver mechanical arm, he stands above us, looking down on us. We hear a familiar, very distinctive voice “We have a city to burn…” . As he kneels in front of us, slowly descending to our level, we can see him - a character played by Keanu Reeves. And as the trailer shuts down, out of the light and smoke - emerges John Wick himself - to announce the release date of Cyberpunk 2077 on April 14, 2020.

It’s not hard to see that marketing team of CD Projekt RED did one hell of a job. After releasing such a great game like Witcher 3 after news of CD Projekt RED developing another open-world, this time - futuristic game based around an old tabletop game - internet absolutely blew up. We thought that this is it, there’s an amazing game incoming, and we’ve been hyped enough. Yet, the fuss around this game blew up twice, thanks to an unexpected and epic cameo from Mr. Reeves. Again - both media and internet absolutely exploded.

Not The End Of Surprises?

And with that being said - this might not be the only surprise that developers of CyberPunk 2077 have in their store for fans. Some rumours say, that Lady Gaga visited CDP studio in Warsaw to take part in motion capture. It’s possible that this famous singer is going to appear in the game as the rival of Keanu Reeves’ character.

It's also worth to mention that the contents of CyberPunk 2077 Collector Edition Contents have been revealed. And as expected, from the publisher that released a huge box for The Witcher 3 CE, this box will have some amazing extras for the players. There will be this huge futuristic box, meticulously-made figurine, a steelbook, and artbook, the Night City guide and map, Car keychain, and some more epic things that still remain a mystery.