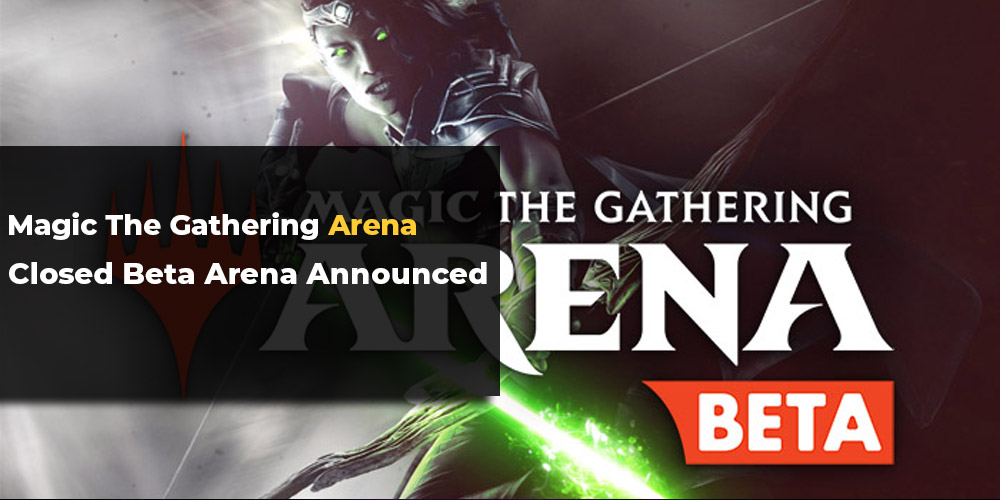 Fans of the Planeswalkers everywhere rejoice as Magic: The Gathering - Arena announced entering the beta phase within a month.

What is Magic: The Gathering

A game that is expected to be "the true" online trading-card game with all its MTG complexity and mechanics got lots of attention from fans of online card games everywhere, not only MTG. After the failure of its predecessor - Magic Online, Arena seems to be the last hope for the franchise to gain a solid foothold in the online gaming. The closed beta will be preceded by a server stress test on November 3rd where many players will be invited to test the game for a brief period of time with free premade decks. After that a closed, NDA barred, beta test will begin.  Currently, the testing is going to happen exclusively for PC.

What happens if you don't get in?

If you won't be chosen for the closed beta don't worry - Wizards plan to perform weekly public stress tests during as the beta goes on.

Standard MTG players can use their DCI number during the closed beta registration so it seems that Wizards of The Coast are looking for a look from the MTG pros during the beta testing. Also it's worth mentioning that Magic Online will be continued despite Arena being in development.

Stay tuned for more information on MTG - Arena! Will it be the gamechanger fans are hoping it to be? We will find out soon!