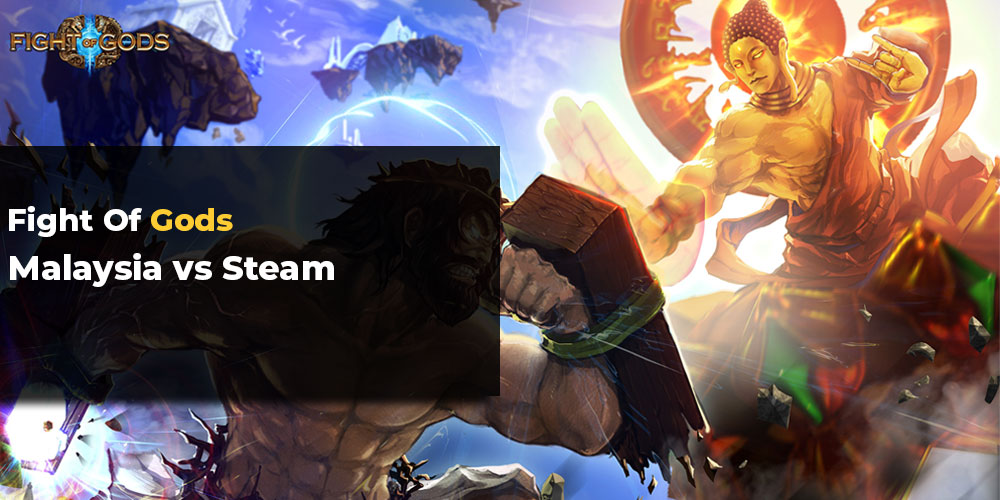 If you announce your game with the following: "Will Jesus, fresh from ripping himself off the sacrificial cross, smite all his foes with the power of his Punishment Fist?" you might expect some trouble, but making entire gaming service banned from a country? Well, that escalated quickly.

What are the controversies?

Fight Of Gods is a 2D fighting game that has just been released to Steam early access a few days ago, received positive feedback and is probably one of those Steam titles that would get a cult following within a very small group of genre-fans but would go completely unnoticed by the general public. The game pits various gods in wacky 1 on 1 duels. The roster at the moment goes as follows: Jesus, Athena, Odin, Sif, Moses, Anubis, Guan Gong and Amaterasu, each with his own special abilities and moves. The lineup is very similar to Molleindustria's Faith Fighter from 2008, a game that turned some heads but nothing close to the controversy stirred by Fight of Gods.

What happened with Steam in malaysia?

In response to the game hitting Steam, Malaysia government (governed by extremist United Malays National Organisation party) issued a 24 hour cease and desist order demanding Valve to block users in Malaysia from downloading the game of their platform. Gabenland completely ignored the demand which resulted in an official order to Malaysian ISP's to block Steam service as a whole.

When asked, Malaysian Minister of Communication and Multimedia, Salleh Said Keruak, replied with this:

The game degraded religions and religious leaders, posing a huge threat to racial unity and harmony. This action is necessary to protect the users and to prevent untoward incidents. To ensure solidarity, harmony and wellbeing of the multi-racial and multi-religious people in the country are the main objectives of the government. The government will not compromise with any action that can jeopardise these objectives.

It turns out that the game violates Malaysian law, to be more precise: sections 233 of 1998 Malaysian Communications and Multimedia act. According to the official Steam service will remain blocked until the game is not region-blocked.

Surely guys at PQube games did not expect a backlash of such proportions. In released statement developers claim that they did not receive any communications from Malaysia's government nor their intention was to offend anyone, claiming that Fight of Gods is nothing more but a humorous approach to religion and that fully respect the decision of those that choose not to play it, but it should remain as a choice. Further in the statement developers express their disappointment in  Malaysian government for forcibly removing the game from sales without any attempts to communicate.

Hopefully, the matter will be resolved quickly and Malaysian players will be able to use steam once more as there is no reason for the game so small to cause problems so big.