No Man's Sky NEXT 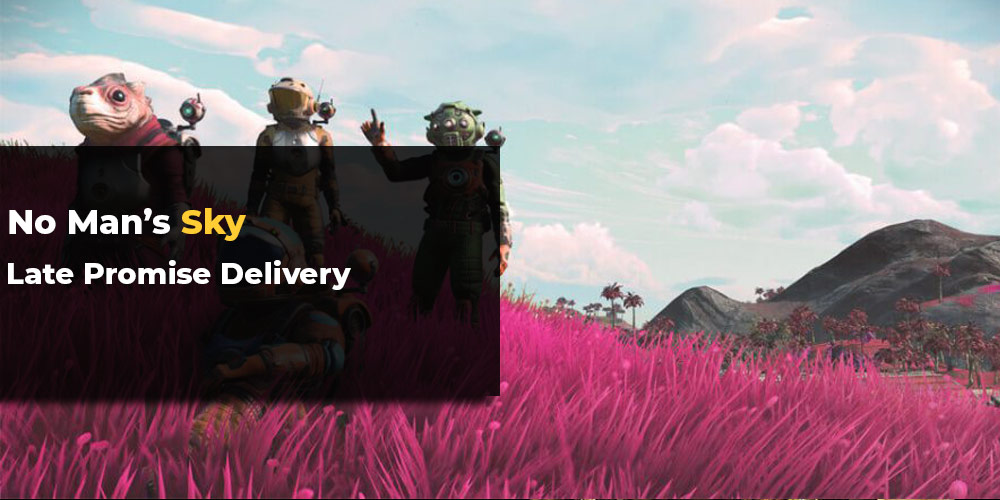 Players have little to no reason to trust Hello Games. Their massively hyped game No Man's Sky failed to deliver on so many promises it became a running joke among the players and the game itself have been dubbed "One Man's Lie" due to many exaggerated promises given in the interviews by Sean Murray, co-founder of Hello Games. But the initial failure to deliver on the promises did not stop the developers from trying to patch them in later.

a struggle to deliver

Hello Games have been patching in fixes and content over past year to make their flagship title No Man's Sky at least resemble anything they have promised. Now they have implemented a massive, free update, NEXT giving the players a full multiplayer experience they have been promised so long ago. Two years after the games launch players can finally explore the universe together.

Update 1.5 brings in the four-player co-op play which you can enjoy with a group of friends or complete strangers. If playing together is not fun by itself you can also participate in special multiplayer missions. To make the entire ordeal easier game now has a built-in voice and text chats. The team is hoping that this feature will finally bring the "epic space battles" everyone has been waiting for, for past two years, along with mini villages, communal farms and maybe even racetracks.

4. New animations for players, as well as NPCs and creatures.

5. System and animations for gestures.

7. Player character turns to look at points of interest

10. Warping in ship is in third person.

1. Bases can be built anywhere.

2. Players can own multiple bases.

3. Hundreds of new base parts Increased base complexity/size limits.

4. Joint base building Improved teleporting and selection between teleport destinations.

5. Improved terrain editor modes and options to be more intuitive.

6. Toned down saturation intensity of palette choices for colouring base building parts.

7. Base terrain editing now stops when you hit the limit rather than overwriting old edits.

8. Bases can now be deleted Improved system for placing base building parts.

9. Increased base building radius and made it expandable.

11. Enabled downloading more than one external base from other players.

2. Overhauled base building inside player freighters.

1. Reworked and rebalanced all core substances and resources.

2. Deployable tech can now be picked up.

2. Points of interest can be tagged from analysis visor

8. All player owned ships can now be summoned

15. Save slots are now sorted by timestamp

16. Galaxy map can show multiple markers for each system

19. Can pin base building recipes on the HUD

22. Improved compass and HUD marker icons for objects of interest

3. Improved and increased variety of clouds and cloud shadows seen from space.

5. Improved terrain lods and visuals when flying in from space.

10. Switched object and terrain fading to use Blue Noise to give smoother transitions.

You can read all about the changes here.