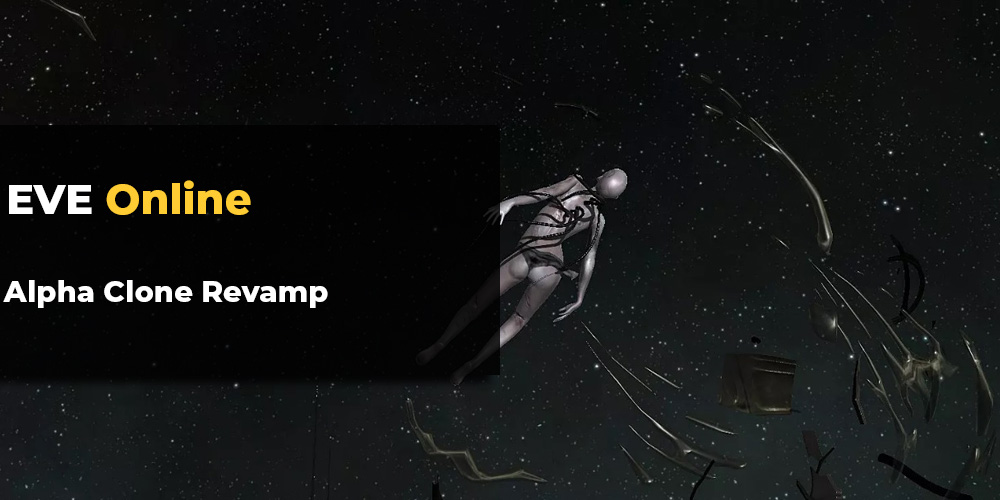 Until now, EvE Online free-to-play accounts (or "Alpha" clones) were nothing more than a glorified trial-runs. Huge limitations on what skills can a free-player learn and ships he can fly set him miles apart from "Omega Clone" capsuleers in terms of raw power and tactical choices. That's about to change as CCP announced that alphas are getting a huge boost soon.

So far "alphas" were limited to few tech 1 ships like frigates, destroyers, cruisers, haulers and mining frigates, not only ships were skill-restricted they were also race-locked - forget about flying that sexy Rifter if you're an Amarr. Further limitations included skill training speed (Omega is 2X faster), planetary interaction exports blocked, extra industry tax, having only one contract active at a time and finally having only one account active. Those restrictions were severe and set Alpha closes miles apart from their paying Omega counterparts.

Soon Alpha clones will be able to fly with their more advanced capsuleer brothers as equals (in certain fleet compositions) as they will gain access to T1 Battlecruisers and Battleships and most importantly, the race block is being lifted. This means alpha clones will gain access to faction ships like Angel Cartel or Sisters of EvE. Furthermore, free-to-play accounts will be able to fit T2 small and medium guns.

Raw firepower difference might not be much between T1 and T2 turrets, the real difference is the ammo giving players myriad of tactical possibilities adapting to the situation on the battlefield - you haven't seen long range until you've put some tremor ammunition into your artillery cannons. Unfortunately, free-to-play accounts won't be able to use tech 2 guns on their Battleships which doesn't make much of a difference since standard Tech 1 battleships are not a common sight in fleets and are seen more like mission-running vessels.

Of course, there has to be one. Skilling up your alpha clone will now follow a different principle. Players will be able to skill up to 20milion skill point (which is about a year of skilling up) but you can only train 5m SP for free, the remaining 15 can be only achieved by using Skill Injectors, sweet side of the deal is - you will retain access to the skills obtained that way as an alpha clone.

This means, that if you follow a strict and narrow training plan you might reach a level of expertise in certain areas available only to Omega clones (until now). For example, free-to-play users can now build a successful interceptor or an assault frig. CCP is also considering adding XP boosters to the item stores for Alpha accounts. Those boosters would be a lot cheaper than full subscription and would boost the training speed to Omega level - but that item is in "concept" stage at the moment.

As usual in any online game community is divided. Those against that idea claim that there is literally no point in staying subscribed because the difference between Alpha and Omega accounts will become very thin. This obviously could not be further from the truth as there is nothing Alpha can do that Omega wouldn't do better but first time in EvE history, alpha accounts might be finally be taken seriously in the corp recruitment process, giving the players opportunity of seeing some real pvp action instead of suicide-ganking miners in high-security systems.

The rebalance in Alpha clones is said to hit live servers after the release of Lifeblood expansion.