A new chapter for Destiny 2 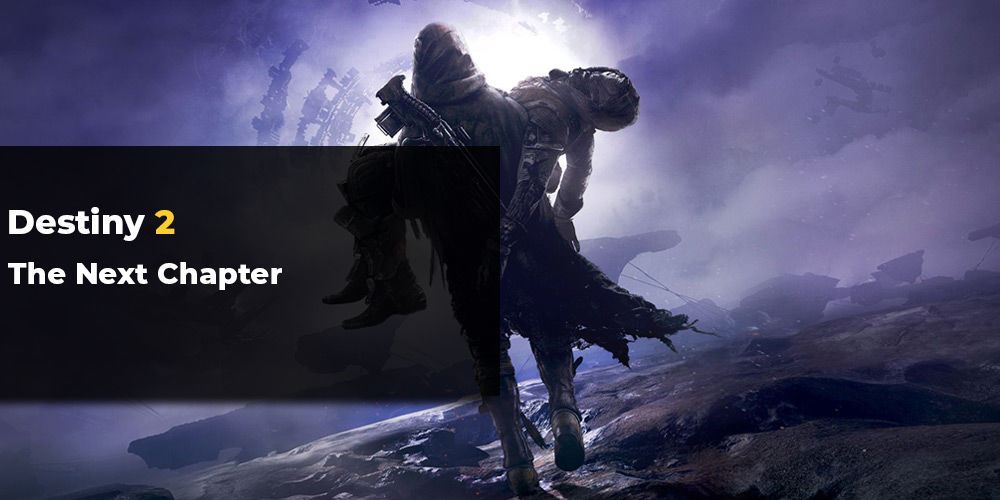 Just after the launch of Destiny 2 : Forsaken’s Season of Opulence Bungie Software announced that they want to “look deeper into the future” and also “share with you more about new era for Bungie and Destiny 2”. Those mysterious words quickly came into action as they revealed that shortly after the release of new content they want to do live stream where they explain what they had in their minds. After these words all internet forums and websites dedicated to Destiny 2 and gaming in general started discussions about this subject. People tried to predict the outcome of said live stream. Maybe it is time for Destiny 3 announcement? Maybe just another expansion pack or annual pass release? No one had a clue what’s going on in developers heads. After all it was their first big announcement after splitting with Activision in January.

What was it all about

On the Thursday of June 6 the said stream revealed to us three core features which Bungie Software had planned for Destiny 2. First value says about commitment to the game and creation of new content each season. Second elaborates social aspects of the game and puts a heavy emphasis on it. Developers want to give players easier access to groups and finding new players. The third and final value is about accessibility. Gamers from around the world should be able to play Destiny 2 anywhere they want. Because of that Bungie is stepping towards Google Stadia.

It was just before stream that studio revealed about connecting Destiny 2 to new streaming platform. Just as the game connects to Stadia players will gain access to this title from every browser. This gives them opportunity to try Destiny 2 anywhere they want - whether they are experience players or just a beginners. On top of that the game will get cross save for each of the platforms so players gain unlimited accessibility to the title whenever and wherever they want. Speaking of which, there was another information which emerged during the stream - Destiny 2 goes free to play. With the New Light version new players will be able to play though remaster of first mission from Destiny 1 and after completing it they will gain access to everything else apart from Forsaken and Shadowkeep. These two will be locked as a premium content which will only become available upon purchasing.

With all the leaks that came out earlier this week people were hyped about the Shadowkeep expansions release. During the stream it was revealed that speculations were not made up and there is indeed new content being made. In this expansion players will once again travel to the moon where Eris Morn awoken something bringing old enemies back to life. The new version of the Moon is something to fear, something really scary. As cracks appeared on the surface the anxiety stars making its way to Guardian hearts. The whole new area brings a horror feeling. Shadowkeep is a representation of Guardians past and their deepest feelings of doubt and concern. New addition to the game will bring with it a lot of content including new campaign, raid and new side stories. It seems like it is going to be biggest expansion so far and Bungie Software is pricing it at 35$. For this price players will get a new expansion with will include current season for those who don’t have it.

On the other hand Bungie wants to keep up updates for the game as it is. Content releases will be weekly just as it is now with seasonal drops. These can be bought by Guardians if they like them or just tried for free. As studio wants to make game accessible on all platforms there will no longer be any content exclusives. Each update will launch during same time across all platforms. It is a great smile from Bungie towards players who have spent time switching between Console and PC version of the game just to be up to date with each content update. On top of that Destiny 2 PC version will move from Battle.net launcher to Steam platform to give more players access to installable version of the game. Without a doubt not all of the players will use Stadia for their gaming right away.

From the gameplay perspective the biggest change which is coming to Destiny 2 is the new Armour system called simply Armour 2.0. Currently in the game in order to get gear which is at the same time looking great and having a great stats, Guardians have to spend countless hours on tedious grind. With the new system players will be able to upgrade their equipment even to Exotic levels of specialization. This system ensures that players will have more options of getting better items than just farming for them. By using Armor 2.0 players will be able to apply the mods that they unlocked in the past and apply their looks to the any given piece of armor.

This huge update is also said to bring numerous other things to the game. Players will get finishers to put end to their opponents with a style and finesse. Exotic weapons like a Bow with huge knockback, Hand cannon with a sniper-like scope and Trace Rifle which is able to create huge critical spot around enemy. New raid called Black Garden and completely new season which is said to be revolving mainly around Player vs Player combat.

These is a brief coverage of all news that got released during Bungie stream. If you want to hear from us more information about Destiny 2 and other Bungie games make sure to leave a comment below and inform in it us about this fact.