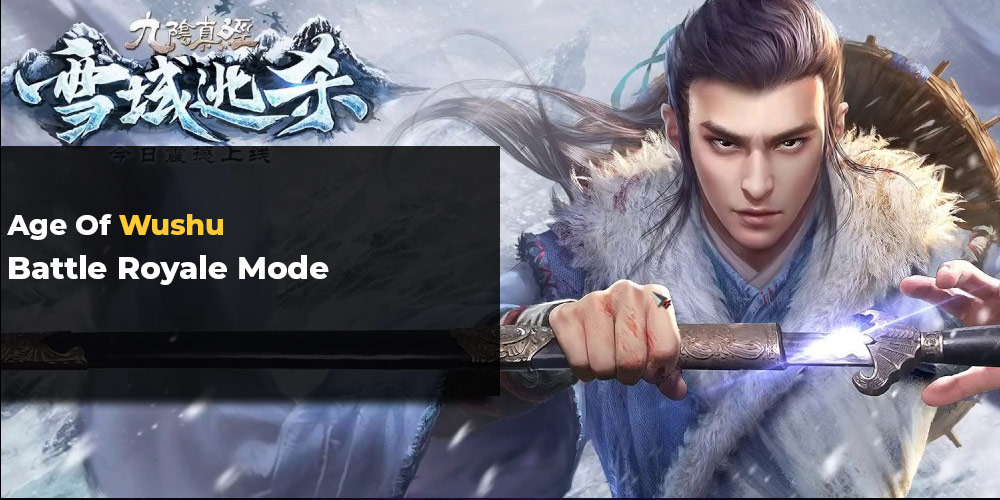 Player Unknown's Battlegrounds took online gaming market by the storm. The proposed "Battle Royale" game mode garnered a cult following not only among the players but among various YouTube and Twitch content creators simply crushing the opposition in terms of the viewer base.

No wonder that more companies decided to try and create something in that game mode. After loud beef between PUBG and Fortnite's Battle Royale where both games actually came out as winners, it comes as no surprise that more titles want to dabble with that style of play but nobody expected Age of Wushu to follow that path.

What is age of wushu

Age of Wushu is an action MMORPG very popular in China and last week the game's developer Snail Games announced new game mode to be added for AoW Chinese servers announcing it to be first martial arts Battle Royale and I must say - it's pretty impressive.

How it is going to look

The mode is pretty similar to PUBG. There is maximum of 50 players on the map, players drop off the sky using big kites with same stats and no gear. Every piece of gear and skills have to be found during the match. Similar to PUBG players will be able to find rare drop crates with powerful gear inside, the magic barrier that tightens the game area has been replaced with natural disasters like blizzards and meteors. Unlike PUBG however, combat in AoW is martial arts-based so its almost always up close and personal, furthermore players will be able to find skill manuals giving them access to new moves but they will have to learn combos for it "on the fly".

We still have to wait for further announcements as it is unknown if this mode will release on other servers and how the release coordinates with Age of Wushu 2 announcement.