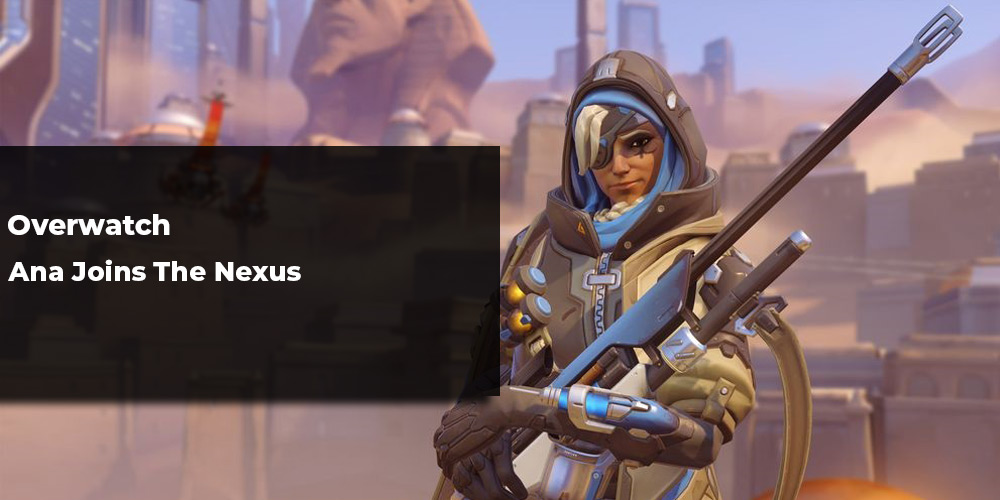 Blizzard does not stop filling the Overwatch roster in Heroes of The Storm. After the recent update, Ana joins D.Va, Genji, Lucio, Zarya and Tracer in the nexus.

Ana is a long-range support character that heavily relies on the skill shots. She can either heal her allies or negate heals for enemies. Her sleep dart provides one of the strongest single target hard-cc’s available and can make or break the game. You can learn more about Ana and here abilities from the video at the bottom of this article.

At the beginning of the match, loot boxes will spawn around the starting area. Open those boxes asap and find the Golden Pachimari. The first team to find the item wins the event and the winning teams earn credit towards the Pachimari Mania quest that grants players unique portrait, spray, banner, and emojis.

Known to Overwatch players – Volskaya Industries Foundry now comes to Heroes of The Storm. This map has a control-point based objective. Throughout the match one of the three control points will activate allowing teams to capture them, once captured site contributes to the teams' event progress bar.

Once the bar reaches 100% team wins the event and is granted control over Triglav Protector. The giant robot has to be controlled by two players, one being a pilot another one being a gunner.