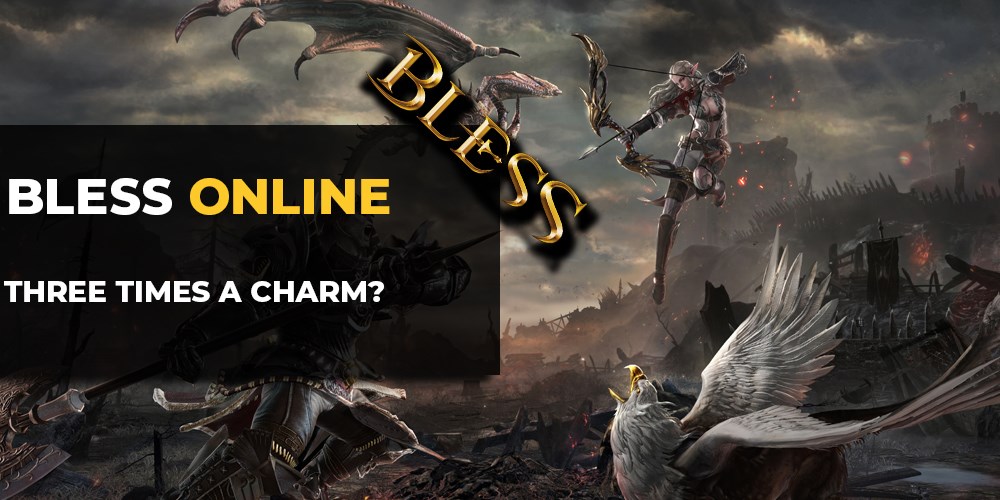 Bless Online, a high-fantasy MMORPG game that has made a lot of improvements after its two failed launches in previous years, finally, it has fixed all the pressing matters and offered its new players a fine, balanced game with no performance issues.

I’m kidding. It was a disaster obviously

To be honest I am quite amazed how people genuinely got hyped for this game even when all signs on Heaven and Earth screamed “IT WILL BE A FAILURE” people still bought expensive “founder packs” and swarmed the servers like ants. Unfortunately, the hive turned out to be a pile of turds and a queen turned out to be a sterile dyke. But let's start with the basics.

what Performance Issues does bless online have

If you haven’t heard yet, Bless Online isn’t a new game, it’s actually pretty dated and runs on terrible Unreal Engine 3 utilizing DirectX 9. If that’s not a dealbreaker for you then Neowiz does an absolute horrid job of optimizing their game. It does not matter how good your PC is, you can have a 1080Ti with and i7 overclocked processor and only time you will even touch stable 60 FPS is when you are in a solo instanced dungeon. facing a wall. When running around the world, no matter your settings and setup, you will encounter a lot of texture popping, micro freezes, random FPS drops and stutters.

If you plan on using, god forbid, elements of UI while your travels, like mission tab, or your character sheet, expect the game to crash. Interacting with user interface while your character is on the move feels like playing Jenga while having your feet tickled by the lion's tail. If you plan on using the map while traveling (seriously, why would you) expect the game to crash, often to the point it has to be closed with a task manager or hard reset. Bless Online feels more like it was in the early alpha stages and not like a game that has been in development for years.

Combat in the recent inneration of Bless Online on Steam was supposed to be completely different from the lackluster system we have seen in the Eastern versions of the game. Unfortunately that is not the case, combat is a mix of few systems designed by people that obviously never played a computer game in their life. The delays between abilities and combos and skills that make you stand still for no reason absolutely butcher the fluidity of the combat. In result the fights are a static snoozefest which becomes even more frustrating during the boss fights when you have to make a split-second dodge but you simple can't as your character is stuck in performing his “amazing” wombo-combo.

Movement animations are pretty dated and your character looks like he was performing during ice skating olympics with wooden boots on his feet instead of skates. Combat might look flashy at first, but soon you will realize its over-glorified tab targeting with pressing combo buttons instead of your typical “1-2-3” which is pretty much a same thing. The combat feels so clunky that i must say that currently, after pruning some skills and revamping animations, even 15 year old World of Warcraft has more fun and engaging system.

User Interface in Bless Online feels like it was copied from five different games using five different engines. It’s so bad that I must say that EvE Online interface is a masterpiece of user-friendliness in comparison. There is no way to customize your UI, you can’t scale it, resize it, change order of the windows, you can’t do anything about it. Maybe it wouldn’t be so bad if the UI didn’t take literally half of the screen and caused the game to crash whenever you interact with it.

The biggest offender in the Bless Online UI must be the marketplace. In any game created by actual human beings and not by a collective of amoebas, marketplace window is integrated into the UI. In Bless however, marketplace opens up a kind of in-game resource heavy web browser that fails to even load most of the time and even if it loads you will see a very basic auction house interface designed in the late 90’s with no sorting options, limited listing functionality and huge delays when using the search tools.

One of the key factors of every successful MMO is the ability to get the attention of a new player. In most MMO’s first few hours of gameplay are the most captivating ones but Bless Online fails even in this vital aspect. First few forty minutes of your gameplay will be pretty basic but then the unimaginable happens. At level 11 main quest just stops and gives you no further information what to do next, there are no sidequests you could’ve skipped and storyline continues at level 13 so your entire progress comes to a screeching halt and you have to grind mobs for entire two levels before you can continue with a story which completely slaughters the pacing and is a dealbreaker for many of the players.

Such “gaps” will happen later on where you will have to repeatedly run solo-dungeons to progress through few levels and continue your adventure. To be honest I felt that EverQuest I had more fluid progression than this garbage  game. There is also a lot of backtracking since the inventory is pretty small for the amount of trash you are getting on your way. Quest hubs are not connected in any logical fashion and kill-quests hidden between the sheets of the most unintuitive UI ever designed do not help.

Bless Online visuals could’ve been good if this review was published in 2011. Currently, this game looks like a mediocre mobile port of “Meh out of 10” generic PC RPG. Characters look plastic, environments generic, lighting outdated and mobs boring. It has no distinct character or something recognizable. There is nothing unique about the style of Bless Online, color palette consists of a various shades of trash. Character animations resemble drunkard coming home 4.00 AM on a rollerblades. After 20 seconds of riding your first mounts you want to put a bullet in its head to take it out of its misery.

Bless Online failed two times. The fact they tried again without making any significant changes to the core mechanics of the game only confirms that this game was meant to milk as much money as fast as possible to fund a completely different project (console exclusive Bless Unleased). The game is so bad that I’d call it a borderline consumer fraud. The only redeeming factor is that the game released without any broken P2W mechanics but even then it is obvious that publishers did not plan for a long-term run of this MMORPG. Currently, Bless Online has an average of 900 concurrent players and is very likely to have the servers shut down in the near future.

Verdict: Avoid it, don’t think about it, don’t even look at it 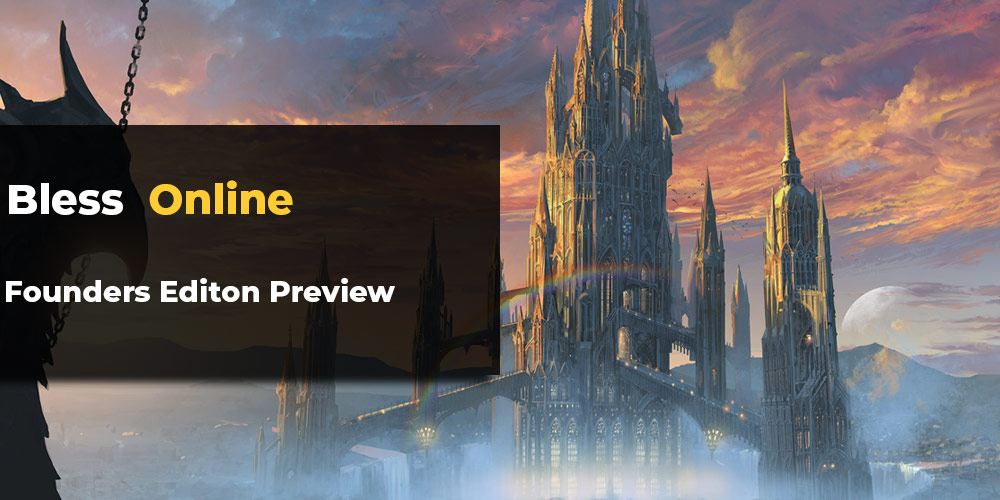 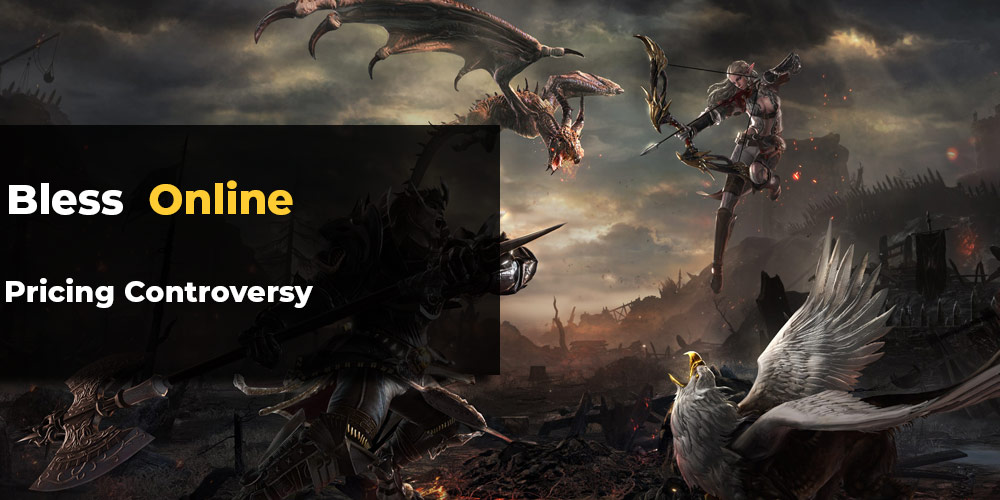 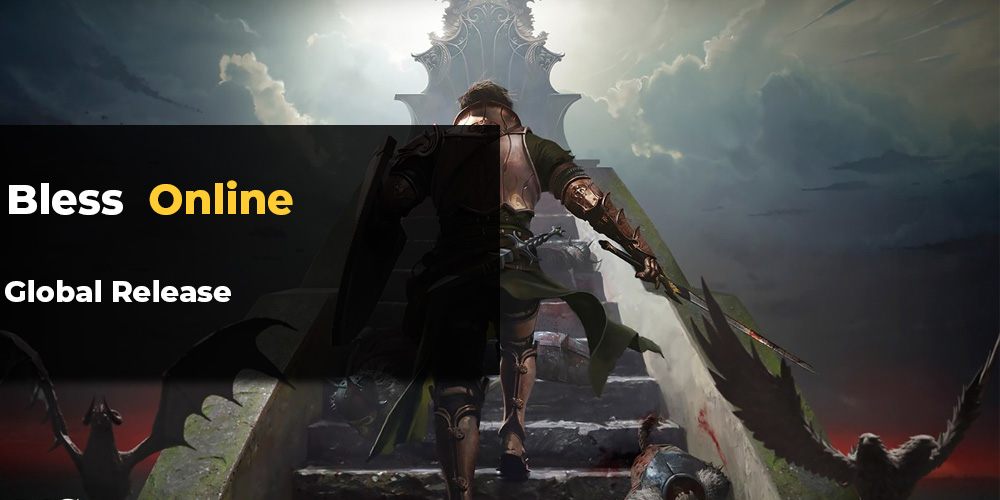