Fallout 76 Has a Battle Royale Mode! 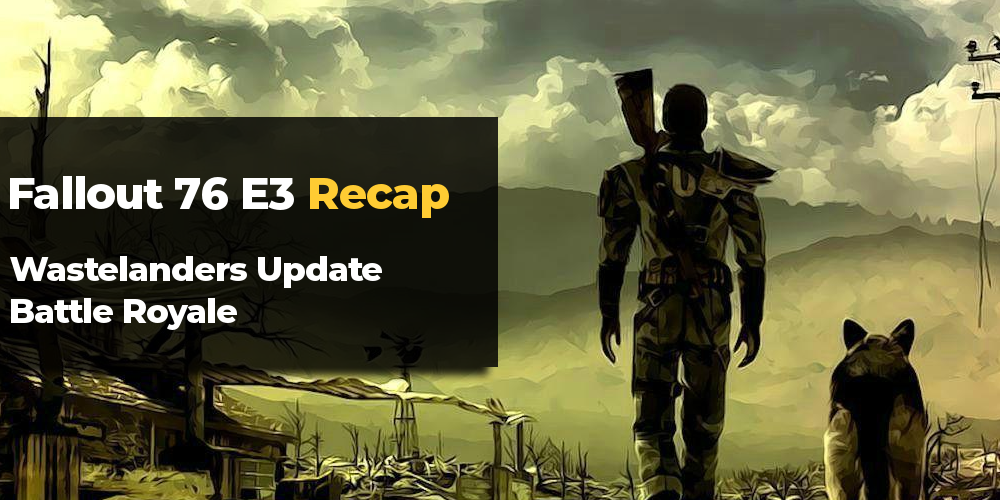 Fallout 76 gets a major update

During their E3 press conference, Bethesda announced a huge new update to Fallout 76 – it’s called Wastelanders. It will mark the return of Human NPCs and add lots of new content, including a battle royale game mode!

Wastelanders patch adds a new main quest line, more emphasis on players’ choices and consequences as well as various weapons and gear. Fallout 76 will lean more into storytelling and the update will show how the time progression affects the in game world.

Players will be able to interact with the eponymous Wastelanders through the dialogue trees. This feature gives more agency to the players and makes their choices matter more. Of course some of their decisions will have an influence over what happens with those NPCs. It feels like Fallout 76 is finally reclaiming some of the series’ identity.

The update will be available for free for all the F76 players. Bethesda also announced a free trial week. From June 10 to 17 everybody can try out Fallout 76 without paying anything, on all the platforms that the game is available: Windows, PS4 and Xbox One.

At the same time a preview of a new game mode has been made available for the players. It’s called Nuclear Winter and it’s a battle royale for 52 players. It’s a competition to become the next Overseer of Vault 51. Players will be able to organize into groups of four, either as a premade squad or with the random people at the start of the game.

The Nuclear Winter is supposed to have meaningful differences from other titles from the genre. Some of the distinctive features associated with Fallout will be present in this mode. Players are able to find some gear in the Containers, but to get the good stuff you’re going to have to kill monsters for loot, hack Terminals and find Crates.

Every player can also build their C.A.M.P in the Nuclear Winter, without having to collect any crafting materials. Some of their extra features, like turrets, traps and bunkers can be looted throughout the game.

Another type of lootable objects is nukes. They’re not easy to get, but if you manage to get your hands on them, the enemy C.A.M.P. won’t last long. Of course every player that finds themselves within a blast radius of the nuclear explosion will instantly die. As in every battle royale, the map is gradually closing in on the players, in this is case the danger is an advancing Nuclear Storm.

Whether Bethesda will be able to challenge titles like Fortnite, PUBG or Apex Legends remains to be seen, but it’s good to know that they’re actively working to make Fallout 76 a better and more interesting game. This might just be the beginning of an redemption arc.