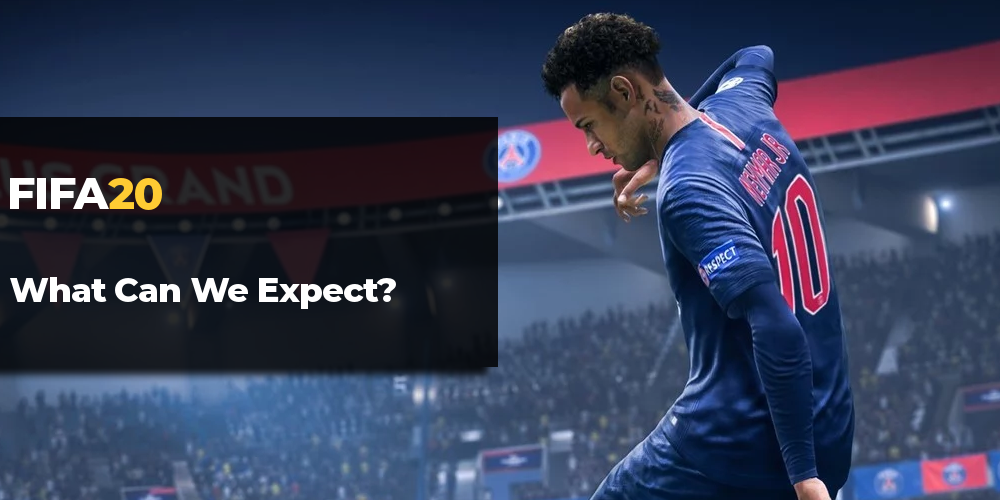 All we know about FIFA 20

During the EA Play event before E3 a lot of new information about FIFA 20 has been released. We know the release date and some of the system and balance changes that will be present in the series’ next installment. A new game mode called Volta has also been announced!

Football Intelligence is a set of changes and features that will significantly impact the way that matches are played. They will influence the possibility of players in possession of the ball as well as the behavior of AI-controlled attackers and defenders. There are changes to tackling and a huge rework to the physics of the ball. Let’s take a look at some of the features.

There will be more 1v1 skill expression with new offence and defense options, game will have a different flow to give players on the ball more time and space, while enforcing more 1v1 dribbling. The automatic AI defense will be nerfed, to reclaim the ball you will have to work for it and time your attempts properly. EA also tweaked the way that AI controlled players position. It’s now more resembling of the real football matches.

Composed finishing – the shooting on goal will be more consistent, attempting more difficult and risky shots will result in a higher chance of missing. There will also be an increased importance on timing your shot properly.

Strafe Dribbling – this feature will be really important in the 1v1. It gives more control over the ball and greater possibilities to the dribbler. There will be more emphasis on footballers’ agility, speed and technical skills to outplay the defenders.

At the same time, chaining a trick after trick has been heavily nerfed. These sequences are often referred to as skill chains. While they’re not too realistic, over the years they became one of the pillars of the FIFA professional competitions, what can result in some meaningful changes in pro play.

Controlled Tackling – as a counterpart to all the new offensive mechanics, there have been improvements to the defensive tools. Tackling is going to be more reliant on timing and skill. At the same time, if you do it correctly, you’ll be able to reclaim possession of the ball more consistently.

There are also significant changes to free kick and penalty kick system. They’re supposed to be more accessible for inexperienced players, but with a lot of training to do to perfect them. For free kicks, the right stick on you controller will allow you to control what spin you want to put on the ball.

Ball physics have been completely rewritten. The ways in which spin affects the trajectory have been improved. Every player contact with the ball is going to be more realistic, including bounces, deflections and of course passes, shots and crosses.

Players physical attributes like strength and speed will be more important, EA added some new skill moves and tweaked the existing ones.

The new game mode - Volta is a successor to FIFA Street. It’s a new game mode that allows players for playing different street football games. You can play 3v3 or 4v4 without goalkeepers, 4v4 or 5v5 with goalkeepers, or if you enjoy some more professional environment, you can choose the official Futsal matches.

The mode is much more inclusive that the general FIFA gameplay. Much more people experienced the casual football in the street or in any kind of an improvised football pitch, than the full 11v11 stadium matches, similar to the ones that you can watch on TV. Volta allows more people to come back to the football they actually played and feel the nostalgia that comes with it.

There’s also a whole other layer of inclusiveness in Volta. Men and women can play in a single match, players can customize a lot of their characters looks. That includes hair, tattoos and even the different kinds of clothing, you can dress like a professional footballer, but you can also wear jeans and long sleeves, a tracksuit or many different kinds of clothes. All these parts combine into creating a great fun game mode.

Volta provides some other possibilities for EA too. When the main 11v11 mode is for obvious reasons trying to simulate the real football as realistically as possible, Volta doesn’t have to. Wall bouncing and the option to play without goalies is just the beginning. Street matches can be the place for amazing tricks and the flashiest outplays!

These are the biggest changes in FIFA 20 that have been officially announced, but the lead gameplay producer Sam Rivera said that there will be more. To see them all in action we have to wait until FIFA 20 release in September 27th (or September 19th with the early access). Good luck on the pitch and in the streets!