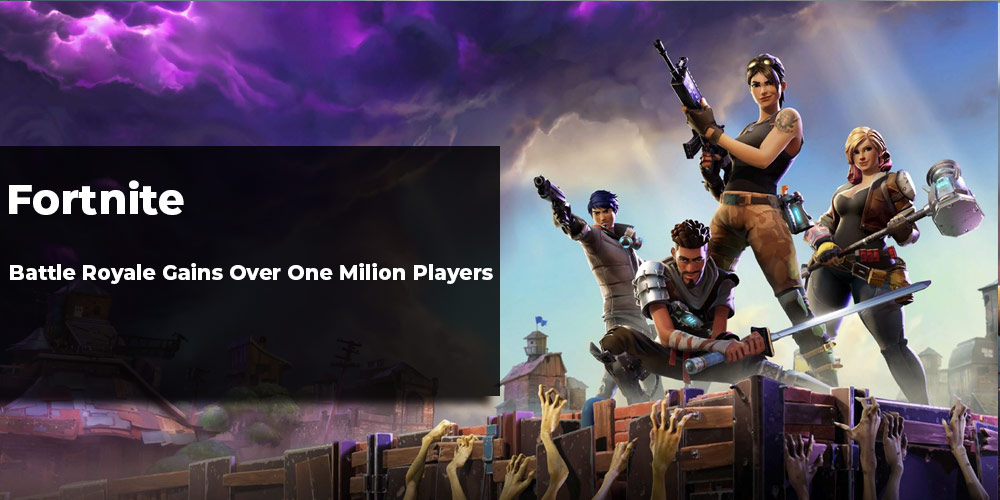 Fortnite was a mildly successful PVE shooter created in a colorful and cartoony style that can be best described as a mix of Plants vs. Zombies and Team Fortress, it had an average-sized fanbase... until they released their Free-To-Play Battle Royale mode and all hell broke loose.

What is Fortnite Battle Royale?

The Battle Royale mode, or last man standing, is a type of play where a large amount of players (40+) is thrown into a huge map with equipment scattered all around, the last player standing wins. This year's online phenomenon, Playeruknown's Battlegrounds or PUBG/Punkbat for short, redefined this type of game garnering a massive following and quickly became the top-selling game on Steam and second most-viewed game on Twitch. No wonder that guys at Bluehole studios didn't take kindly to Epic games decision to release a similar mode to Fortnite.

Perhaps the news of Fortnite (buy-to-play PVE title) getting a F2P Battle Royale would slide into obscurity if Punkbat didn't go "aww hell no" on Epic accusing them of ripping off PUBG and "contemplating legal action" in a press release. That's how something that could've ended with a simple "meh" turned into publicity battle between the two making news all across the gaming media and dividing players everywhere. A large portion of the gaming community accused Bluehole of being overzealous over a format that they have no right to claim as theirs and disappointed turned their heads towards Fortnite.

What is the outcome?

This week alone free-to-play PVP mode for Fortnite has experienced a rush of over 1,3 million players and is running strongly against Punkbat with more and more youtube content creators switching from PUBG to Fortnite claiming that the latter delivers a more stable and bug-free experience. Fortnite Battle Royale has also released on consoles which sets them way ahead of the Bluehole's title. In a recent interview with PC Gamer, Punkbat's exec clarified that their claims are not targeting the game mode but the company itself but it's a little bit too late now.