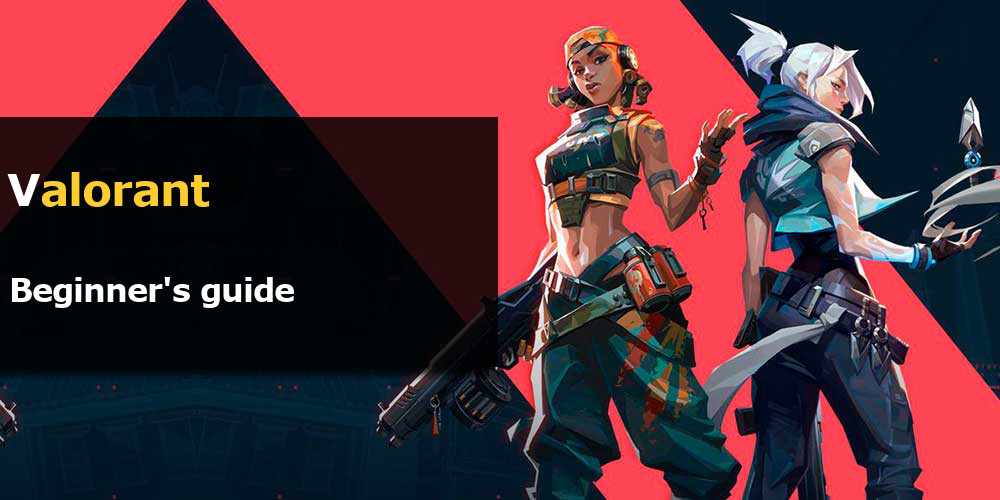 Valorant is one of the most anticipated releases of 2020. It took Twitch by surprise setting up a record high of 34 million hours watched and 1.7 million viewers on its official release day. Maybe because of its intriguing combination of characters, weapons, and special abilities that resembles other titles like Counter-Strike: Global Offensive, Rainbow Six, or Overwatch.

Everyone seems to have a strong opinion about it, but even if people hate it or love it, it certainly didn't pass unnoticed. So if you want to know what all that fuss is about, and maybe to give a shot at one of the most expected games of the year, then this is the beginner guide you need.

It is A 5v5 character-based tactical shooter and the brave new bet from Riot Games (developers of League of Legends). Valorant comes as a strong contender into the “Hero Shooter” arena, with a well-balanced character pool, and a tasty mixture of abilities that can entirely change the way each match develops. Although the graphic level may not be as impressive, character and map design make the playing experience something to remember either if you are a competitive pro gamer or you are just a beginner in the genre.

Where did I see that before?

Its visual style is very similar to Overwatch when talking about the cartoony texture and, although some may hate the austerity of elements and textures in the game; Riot Games bet on a minimalistic look that helps you focus entirely on the action, with almost no visual distractions from the environment. The game is designed to run even on old computers and you can notice that in the easy to render environments, so even if you are a valorant beginner, you still can get into the action.

No room for Heroes in an Agent's world

Besides different abilities and skills, each Agent (or Heroes if you like) also plays a narrative role within Valorant Lore, and they all have background stories that can be glanced at in many of the trailers that have been released so far. The comic-like style mixed with the origin stories, adds on the fun and entertaining aspect of the game.

This is a competitive teamplay-focused game, which means each character has different abilities that work better when combined with those of your teammates. All of them have different mobility values and signature moves that give an incredible variety of strategies and tactics you and your team can develop.

You start with five agents to choose and there are two more that can be easily unlocked by leveling up. Three more can be unlocked not-so-easily, by completing contracts and gathering XP, which gives us a total of 10 playable agents, although Riot Games has confirmed 11. Each one of them has a different set of skills, movements, and abilities. Only one of each agent is allowed on your team for each game, and you can choose a different one each time.

One of the first things to know is every agent has different abilities, some of them are meant to blind and slow down opponents, some reveal their position on the map and a lot of them are area-of-effect (AOE) attacks that can deliver a lot of damage on a specific place on the map.

Your character has one main ability, the Ultimate Maneuver, which charges-up over time, or by picking orbs; and two extra abilities that you can purchase at the beginning of each round (more on that later).

Here's a brief guide of the 4 types of agents you can Find in Valorant and a few tips and tricks to have fun with them.

Sentinels are all about intelligence and ground control. They are the ones in charge of recovery and controlling the map. They can heal other players, summon walls to prevent enemies from activating, or defusing the Spike, or even revive dead teammates. They can also place cams to spy enemies or tag foes with a dart that reveals their whole team position on the map. Sentinels turn information about your enemy into a weapon.

Controllers main goal is to take and control ground. They approach and wipe out bomb sites for their team to plant or defuse. That’s why they have abilities as a smokescreen that blinds enemies or an airstrike that literally rains fire on an entire map area.

Controllers are masters of deception since they can flank enemies, reveal their location to all your team members, and teleport behind their enemies to gain maximum ground control.

Initiators are responsible for intelligence and support. They usually set in the back and use other Agent’s combined skills to gather information about the enemies. Due to their abilities, Initiators can launch an attack on the enemy’s ground without any warning. They can become a valuable asset since they use other teammates' abilities to find the spot where a surprise airstrike hurts. You need to know: Initiators and good team communication are the best possible combo to come out victorious at Valorant.

Duelists may be considered the wild card, but when used properly and the wilderness is matched up with the full team abilities, they become more of a silver bullet.

They have a pinch of all the other agent types and can fill many roles on the ground, but the ideal use for them is very simple: getting kills. Duelists are designed to get the most out of aggressive forward-players that likes to run, aim, throw grenades, and order a pizza at the same time. That’s why their abilities can range from blinding ones to whipping-the-entire-team ones.

Valorant is a tactical shooter, where team play, communication, and team coordination are far more important than raw shooting, that’s why there is a place for all types of players: If you are an aggressive forward-player, you may want to try a Controller or a Duelist, but if you feel the more comfortable dominating ground, you should look for an Initiator or a Sentinel. The variety of characters and abilities makes every match memorable.

There are two teams of five players each, Each team can have only one of each agent. Each match has rounds, and the first team to win 13 of them wins.

One team starts on the attack side while the other defends, and after 12 matches they switch. Attackers have to plant a Spike (bomb) in one of several bomb sites across the map and hold ground until it explodes, while Defenders have to prevent attackers from planting the Spike or to find and defuse active spikes. You have one life per round, so if you get killed, you will remain dead until the next round or until someone on your team revives you. Like most of the shooting games out there, you can also win rounds by eliminating the enemy team.

The first thing you do at the beginning of each game is to choose your Agent. Then you can purchase weapons, shields, and abilities before each round begins. The more you win, kill enemies, plant or defuse Spikes, the more Creds you will get for the next one. You can also buy weapons for your teammates or ask them to share their wealth with you. Your main ability regenerates each round, but you also have two secondary ones that can choose at the beginning of each round.

There is also a shorter mode called Spike Rush that can last around 10 minutes per game.

Valorant has direct purchases via microtransactions. You can buy Valorant points to purchase gun skins, buddies (like keychains for your guns), sprays, and cards. You can also get some of those items by leveling agents' contracts.

Within each game, you also get Creds that help you purchase weapons, shields, and abilities before each round begins.

When in doubt, shoot!

Valorant is a highly anticipated game that runs on most computers, and is free-to-play! Which makes it an amazing opportunity to get into the hero-type games. Explore the vast amount of characters, abilities, movements, and strategic team-play while enjoying a fun to play, good-looking experience. This is a game designed to bring out the hardcore competitive gamer we all have within, so f you’re up to strategic shooters, team play, or simply have a sick tendency to prove yourself against others, you should definitely give it a try. 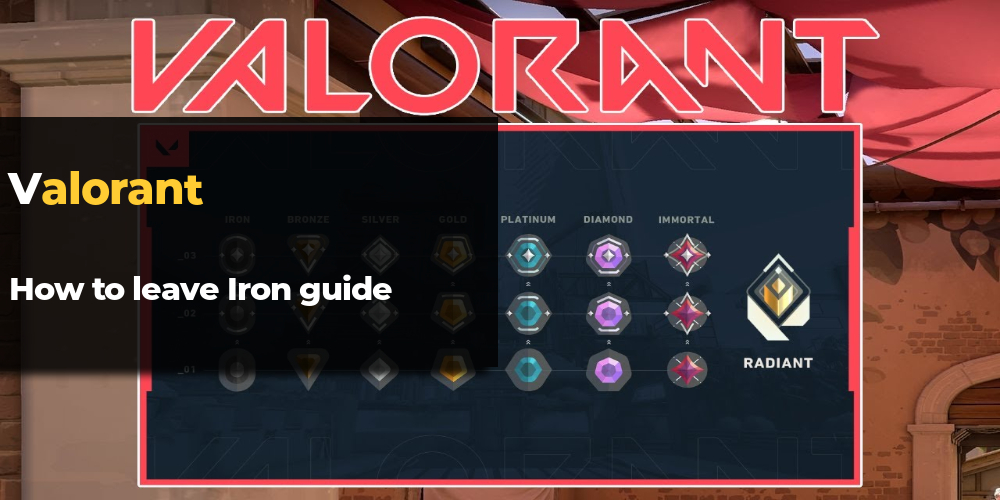 Valorant how to leave Iron guide - your source of ... 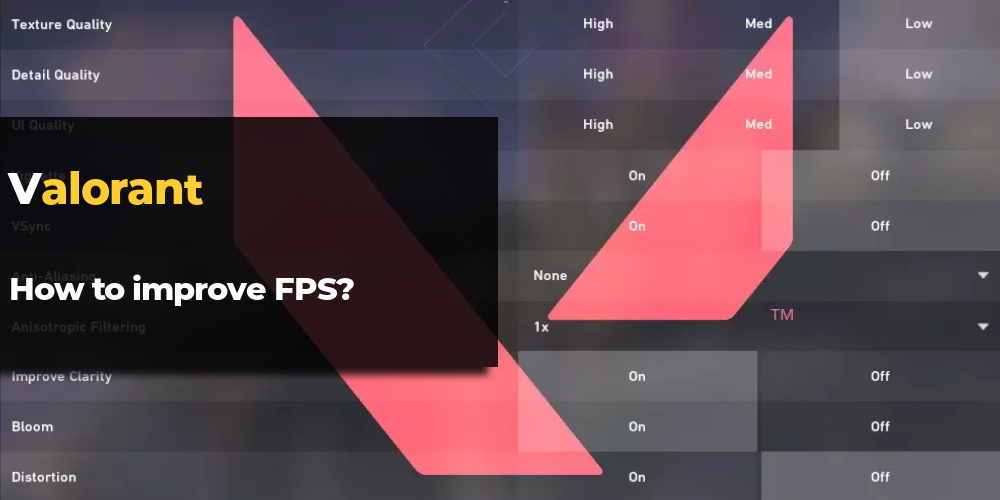 Valorant how to improve FPS - get the maximum out ... 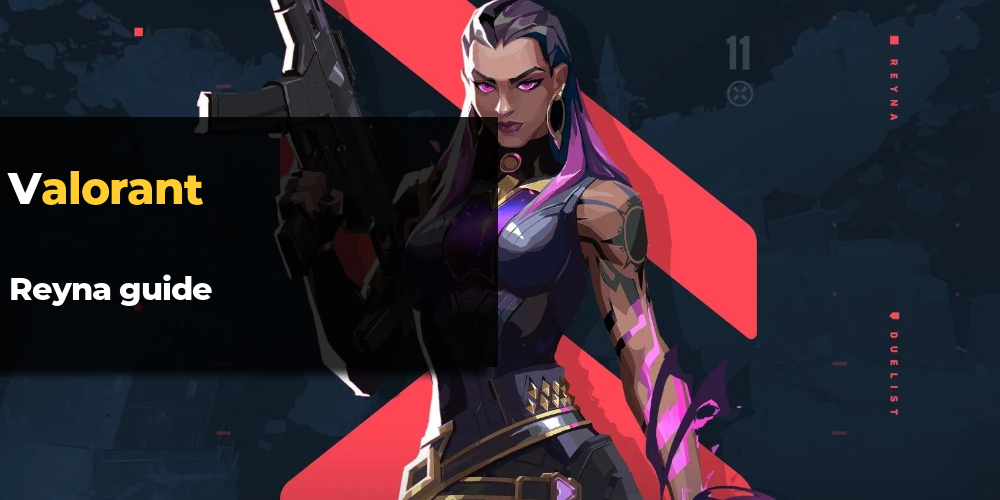 Valorant Reyna Guide - rip the soul out of your en... 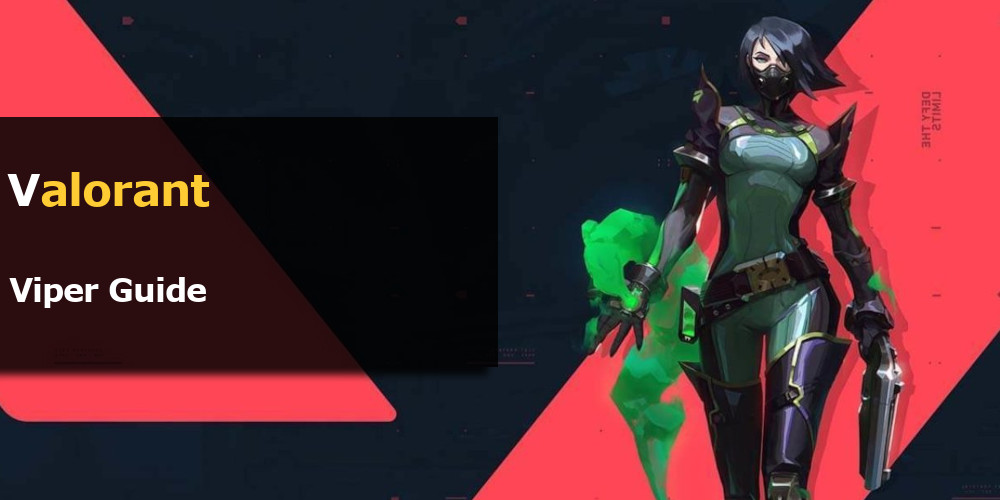