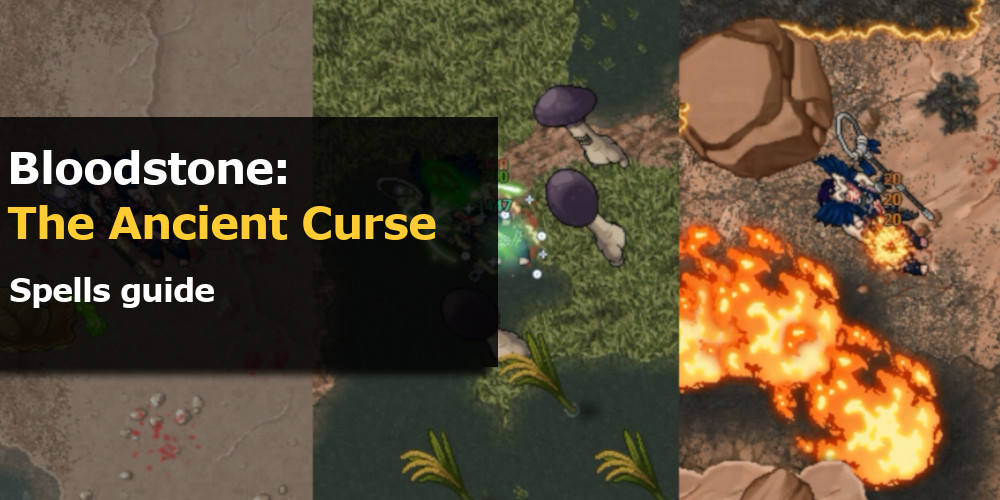 Spells in Bloodstone: The Ancient Curse

Where the Mages are, there are also spells. Bloodstone: The Ancient Curse is one of those RPG titles that have implemented into them powerful abilities that players can use to take down multiple enemies at the same time, heal wounded friends, crowd controls the field of battle and more. In this guide, we will explain everything that you need to know about said magic. If you want to learn how casting works in the world of Bloodstone, look no further!

Which class has the most spells in Bloodstone

Every class in Bloodstone has its own set of skills. The least amount features the Barbarian and Archer class as they possess only 24 abilities each. It doesn’t mean that they are very much short in this field as the Knight has only one more. Having narrow choice when it comes to spells is typical for physical damage dealers that tend to deal damage with their weapons rather than by using spell points.

When it comes to the class with the widest variety of choices in this matter, without a surprise, it is the Mage. They specialize in using their mana for casting ancient curses, damage-dealing spells, and other powerful abilities with 37 conjurations to choose from. The Shaman doesn’t fall behind as well as he has 35 of them in his arsenal.

How to learn new skills

With every level that you get, your class receives skill points. They can be spent on learning new spells. To do so, you will have to open up the skill menu (shortcut: “K”). Select from the tab on the left ability that you are willing to learn and press the button to acquire your new skill. Now you are ready to put it on your shortcut bar. To do so right-click one of the empty slots and select your new learned spell. You can also choose shortcuts for your magic, which will enable you to cast spells with one button instantly.

Classes and their abilities

Although we won’t point out every spell you can cast in the game as it would make a list of over one hundred spells, we want to talk about some of the skills families available in Bloodstone: The Ancient Curse. However, if you want to take a closer look at spells available in the game here you can check what every class has in the toolkit.

Barbarian is the class that revolves around physical damage dealing. They specialize in short-range attacks that don’t reach further than one square. It doesn’t apply to Fulminant Rotation and Ax Throw, which are the only spells in their toolkit that let them reach opponents from a further range. Because of their low diversity in ranged abilities, they struggle with opponents who don’t fight them in head to head combat. Barbarians are always looking for encounters on a short-range, and if you can run away from them - you will be safe to deal them damage.

Knights don’t use any special magic types. Instead, they base on physical damage and skills that improve their ability to survive in any situation. Similarly to Barbarians, they struggle a lot with Ranged attacks, although they have a way of pulling enemies towards themselves with Intense Provocation and Hostile Blade. Moreover, they have some barriers that can reflect the damage received and abilities that deal with fair amounts of damage. Most of their abilities are close range area of effect skills that help them keep monsters away from the party. 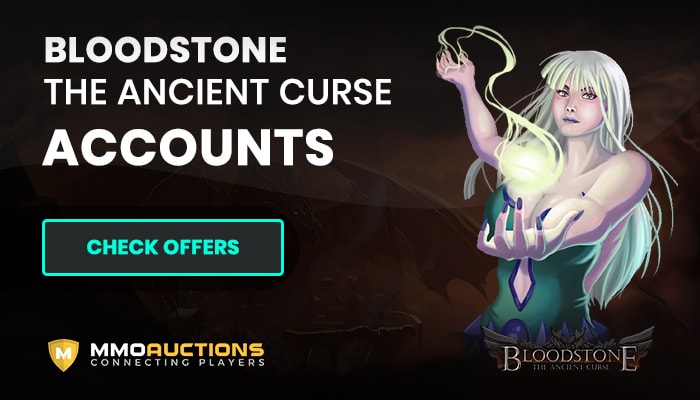 Shamans are the only support class available in the game. They are masters of three elements: the Earth, Water, and Light. Shamans specialize in healing abilities as well as supportive auras cast in the form of totems. On top of that, they have the ability to deal damage through a wide area of effect spells. You can consider them one of the most versatile classes in the game as they are able to keep up with good damage dealing, excel with excellent crowd control, or become much-needed support depending on the choices that they make when selecting skills to learn.

Mages are the best when it comes to the area of effect spells. They can clear waves of opponents faster than any other class. It means that they are also best in leveling. Similarly to Shaman, Mages also wield three elements at their disposal, but instead of Earth, Light, and Water, they can weave Fire, Air, and Darkness. Depending on their choices when it comes to spells, they might become experts in single target, area of effect, or utility magic.

Last but not least, we have Archers - specialists at dealing with physical damage with ranged attacks. Their skill variety revolves mostly around traps, self buffs, and ability to control he summon - Hawk. Archers are in the perfect balance between single-target and area of effect damage dealing. If you are looking for a class that has skills that do well in all fields of DPS, then go with an Archer. 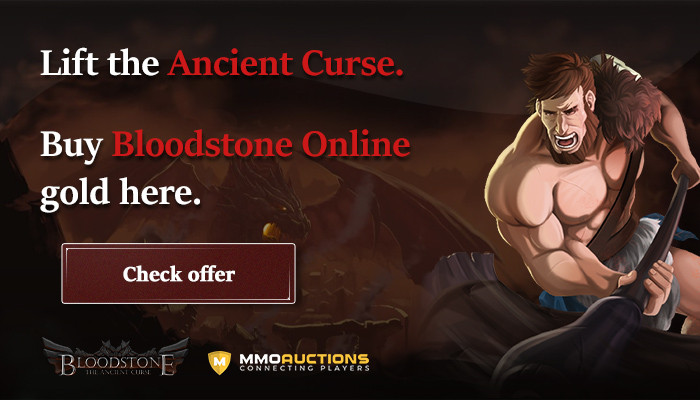 As you can see from the text above, there are various types of damage that can be dealt with through spells. Depending on your class choice, you may have on your disposal one of the elements that deal with damage based on it. In the world of Bloodstone, you can either deal with or receive Physical Damage and ones from various magic types: Air, Darkness, Fire, Water, Earth (Nature), and Light. All elements are at the disposal of magic users like Shaman and Mage.

It is the end of our Bloodstone: The Ancient Curse guide for spells. If you want to raise your knowledge about other fields in this game, then make sure to visit our blog page. There you can find articles that describe other topics related to this title. Feel free also to check out our marketplace where players from almost every country in the world list their items, accounts, currency, and other in-game goods for sale. 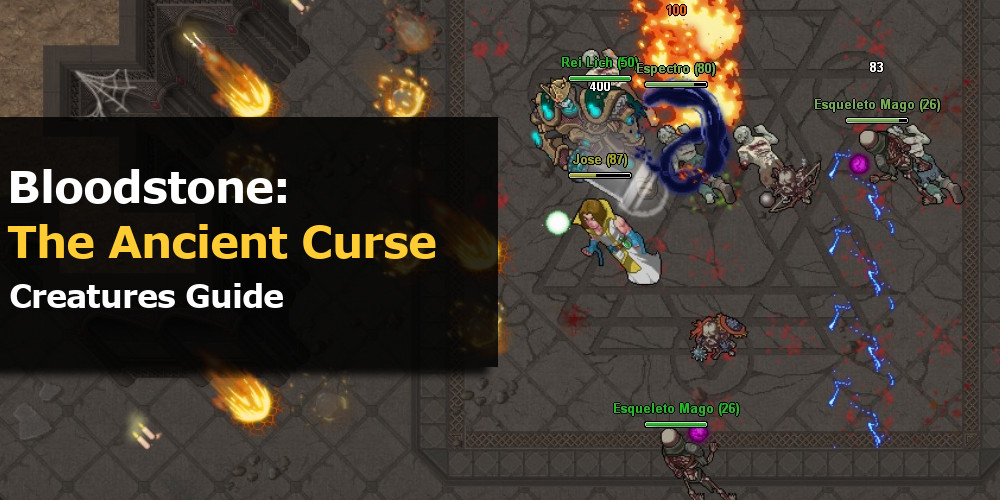 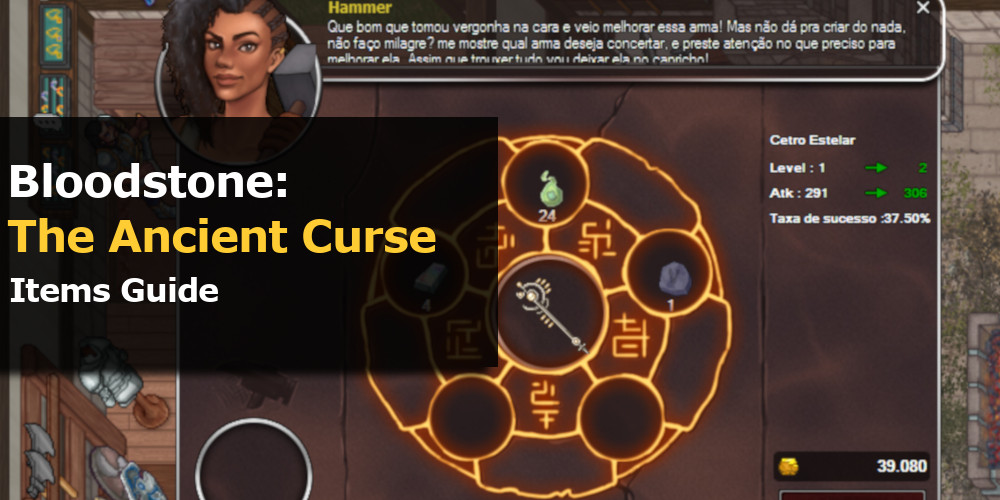 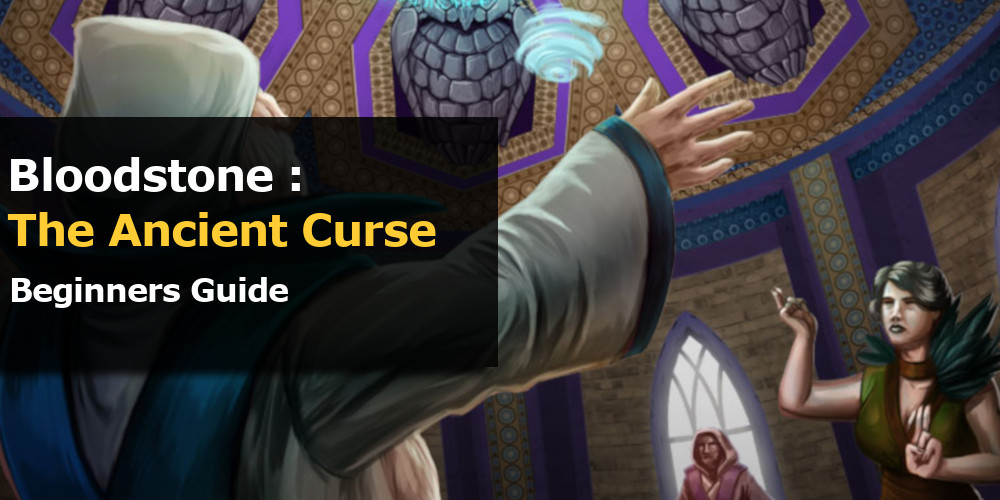