Dota 2 Counters - Win the match against the odds! 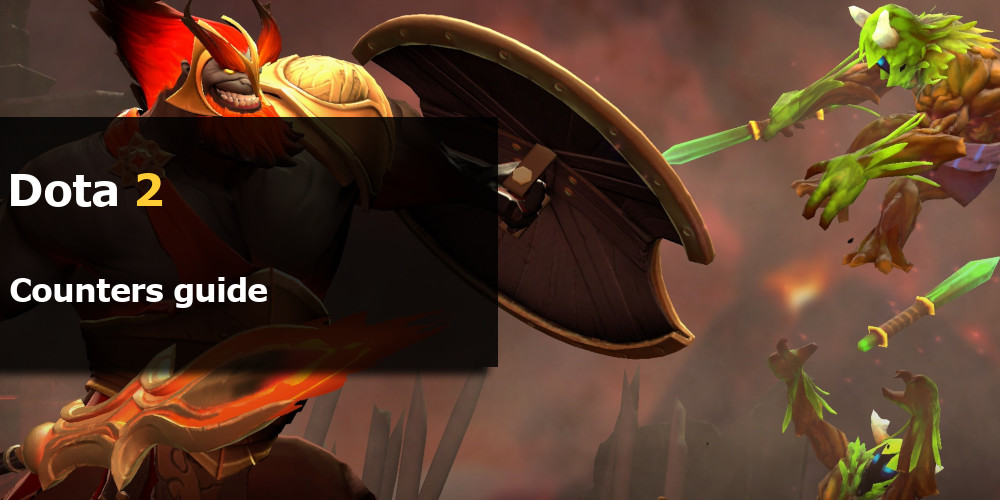 Many players who are playing Dota 2 well, but still cannot rank up, are looking for different approaches to the game that could help them secure a better win rate. The topic of counters is the first resource that you should look into to get better in the game and to advance in rankings more quickly. In this guide, we will explain what are the counters in this title and how you can use them to your advantage.

The definition of a Counter

To talk about counters, the first thing that we have to do is to describe what those are. We can borrow some knowledge from martial arts for that. "To counter" means to block the attack of the opponent, to use his strength against him, to nullify the effects of the attack or create a weakness in the enemy defense right after his attack. In terms of Dota 2, a counter usually refers to a certain hero with abilities that will allow dominating over a specific opponent or an item that can effectively stop the most useful mechanic that an enemy hero relies on during the game.

In Dota 2, a Counter Picker is a person who, on purpose, chooses a hero that will be able to easily shut down abilities of the enemy with his own skillset. Some of the heroes are natural counters to others. A great example is Earth Shaker against Phantom Lancer. The first one has the ability called Echo Slam that deals more damage for every nearby hero (including clones). The second hero relies on creating multiple clones of himself to deal massive damage to his enemies. By using Echo Slam, the EarthShaker can instantly kill all nearby clones and deal massive damage to all nearby enemies. It is why the Earth Shaker counters Phantom Lancer, and that's what in Dota 2 Counter Pick refers to.

Another example is the duel between Winter Wyvern and Meepo. Meepo is a hero who uses multiple clones of himself at the same time. Because controlling many clones at the same time is quite hard, he often moves in a group of 5. It can be countered by the Winter Wyvern's Winter's Curse skill. It causes one hero to freeze and others to attack the frozen target at increased attack speed. By locking down one Meepo in the place and allowing others to attack him, the Wyvern almost always guarantees himself a kill on Meepo. 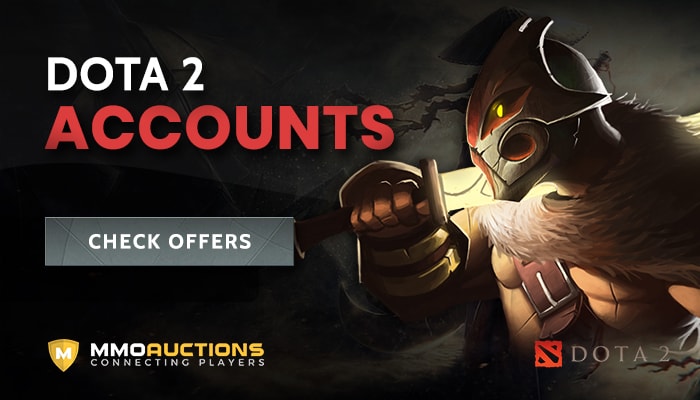 Terrorblade: Dark Seer - Can quickly remove his illusions with AoE or create stronger ones with Wall of Replica.
Pudge: Legion Commander - Can remove effects of Dismember with Press the Attack and block the Rot with Duel ability.
Mars: Faceless Void - Can enter and leave Arena of Blood with Timewalk and lockdown Mars with Chronosphere.
Slardar: Doom - Doom's ultimate makes Slardar unable to use any abilities making him an easy target.
Silencer: Sniper - Silence barely does anything to Sniper and with long-range, he can avoid most of the Silencer skills.
Leshrac: Pugna - Nether Ward heavily counters high mana targets like Leshrac.
Axe: Spectre - Is able to withstand Axe's damage through Dispersion.
Invoker: Queen of Pain - Has the ability to blink and therefore dodge most of the Invoker abilities.
Timbersaw: Lion - Prevents Timbersaw from moving around with Hex.
Riki: Zeus - Can revel Riki's location and give true sight over him with his abilities.
Skywrath Mage: Anti-mage - Has huge magic resist and ability to instantly kill him with Mana Void.
Phantom Assassin: Lina - Can instantly kill her with ultimate or at least take large portion of her health before the fight occurs.
Shadow Fiend: Bane - Fiend's Grip takes him out of the fight and has a chance to kill him instantly.

Who should you counter?

During your pick phase, you have the biggest opportunity to gain an advantage over your opponent. Your team should have at least one hero to counter the enemies' Carry. For example: when an enemy team picks Anti-Mage, you can either get Bloodseeker on Mid, Troll Warlord on Safe-Lane, or even a Shadow Demon as a Support. All of those picks will work excellent against the enemy Anti-Mage, and you need to have just one to make his game miserable.

Besides an enemy carry, there are four other players in the game. Supports aren't usually worth focusing on. However, some of them might cause trouble. It is worth paying attention to how their abilities can affect your gameplay and map presence. Middle player and Off-laner are much more dangerous, and similarly to the Carry should have at least one counter in the game. During the pick phase, many things can happen, and it's hard to predict whether you will be able to counter your enemies with your picks or not. Luckily, there are also other ways of countering that can come to your aid.

It is the part that should be crucial to players who want to become better in the game but are struggling to advance to higher ranks. The most common mistake that they do is following specific builds mindlessly. Even worse - sometimes, players do not follow any builds and just get items that will give them more damage. In Dota 2, it is crucial to assemble items that will provide not only correct stats and bonuses but also those that can help your team to deal with enemy picks.

One of the greatest examples is the Rod of Atos. It is an item that is very rarely purchased. You will most likely never witness it in any of the builds. However, it can be a great counter to some of the heroes. Rod of Atos has an active ability that roots the target in place for 2 seconds. It might seem like a trivial skill, but roots counter certain heroes. Picks like Storm Spirit, Fire Spirit, or Spirit Breaker are very prone to that status. By rooting them in place, you remove their ability to jump from one place to another quickly. Those heroes rely on the movement and locking them down means almost certain death to them.

The best item that you can get to counter almost everyone is the Black King Bar. With this item, you will be able to protect yourself from enemy skills for a few seconds. It's normal to have BKB on a Carry but if you struggle against certain skills of enemy heroes it is a viable purchase on every lane. That being said - Show the enemy that you aren't afraid of his abilities and set yourself for an advantage by getting BKB.

Different play styles as a method to counter enemy

Various conditions affect gameplay, and there will be situations when the enemy team is vulnerable to individual styles of playing. To give you an example, let's talk about teams that have strong late-game. They might seem unstoppable after the 30-minute mark, and they rarely have any weak points. If your team composition doesn't rely on strong carries as much as they do, you will likely lose the game. What can you do to avoid this? You will have to crush them in the early stages of the game. Constant ganks, and map pressure can ruin plans of a team that's trying to farm until the later stages. By playing aggressively, you can get easy kills, and by coordination and cooperation, you can shut down the farm of their main Carry. Adapting to the style of gameplay that the enemy team is weak against is a way to counter their actions.

If the enemy team already got out of control, you cannot win team fights, and you feel like it's already over - try different strategies. In Dota 2, the team fights after a certain period are occurring naturally, and avoiding them might seem difficult. Do not fight - you will most likely have to give up on objectives, map control, and maybe even your jungle. From time to time, you have to lose a battle to win a war. Feeding the enemy team by constant team fights when you are already behind won't bring you closer to victory.

Try different things like using Smoke of Deceit to surprise a hero that didn't stick to his team. Let the assassin find a good target and follow up with a quick gank for a kill if you have the advantage in numbers, force team fights. When everything fails, try split pushing your way to victory. Heroes like Nature Prophet or Tinker can win games by themselves with a constant push. Put them to good use while the rest of the team plays defensively protecting the base. There are many ways to counter enemy strategy, and no game is lost before the Ancient falls.

Being on the same page with your team is crucial. You won't be able to counter the game style of the enemy team by split-pushing on your own when the rest of your team dies in 4v5. At last, you are part of the team. When you are trying different things, and you expect specific behavior from your team - like playing defensively or pushing with you - always inform them in chat about your plans. With good cooperation, it is almost always possible to counter enemy actions. There are many strong heroes, and without a doubt, some are better than the others. It is not possible for Valve Corporation to implement a perfect balance between all of the heroes, but even if the enemies took the meta picks, you could always rely on counters to shut them down. Always look for ways to counter enemy decisions, develop your build according to what others are buying, and make sure that you have taken every measure to secure a win.

Counter picking on ranked games gives you the best chance to create favourable matchups on your lane. If you know what are you doing consider picking counters not only to your own lane but also to lanes that might easily lose. Make a list of your favourite champions and add counters to them to avoid tough opponents. Learn what makes your champion special and use it to your advantage. When right heroes are picked - nothing will help you in getting from low to high level content as much as reading updated patch notes.

If you have found this guide helpful, you can share your opinion with us in the comment section below. We will be very grateful as with every voice that we get from you we will be able to improve our website furthermore. You can also read more about Dota2 and other multiplayer online games since we are writing about the most popular titles and the hottest topics that are connected to them. See what we've got in the link below.

Those of you who want to buy, sell, and trade in-game currency, as well as other goods that are connected to gaming, can enjoy our free market. There you can find players from around the world and auctions that they have prepared for you. Make sure to see for yourself how cheaply you can get various things and join our community today!

Who counters Slark in Dota 2?

According to our data, most of the heroes with roots. Slark relies on mobility, and without it, he's an easy kill.

What hero can counter Anti-Mage?

Bloodseeker does exceptionally well since he can silence him, deal true damage, and lock him down with Rupture.

How can I suggest good matchups in Dota 2?

You can alt+LPM on a pick to suggest it to your team. 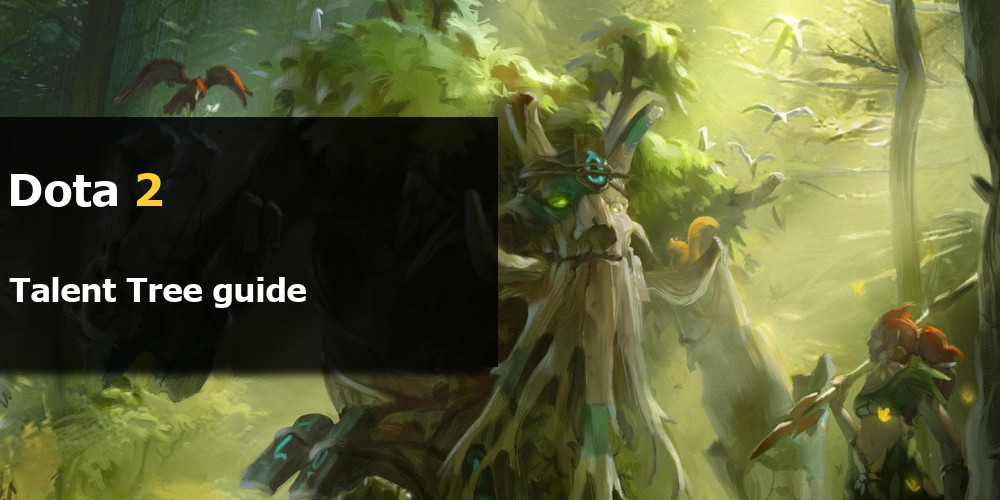 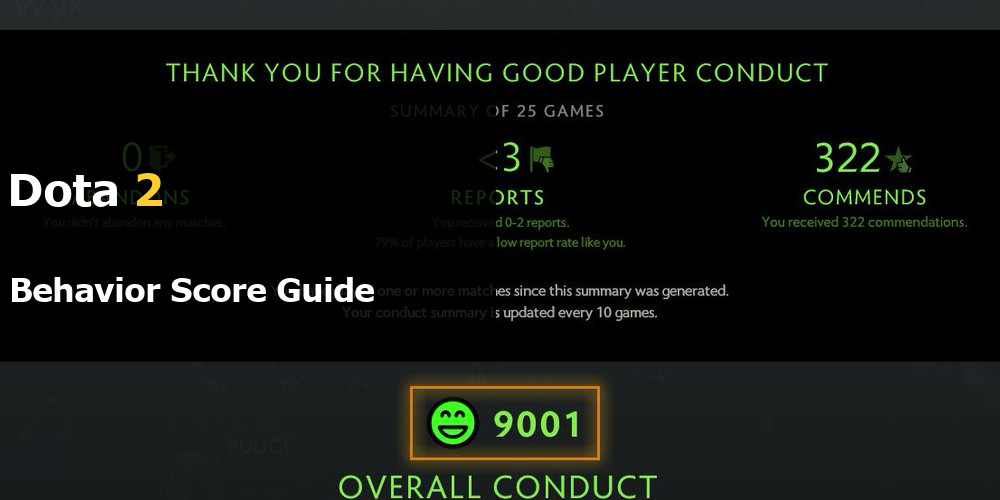 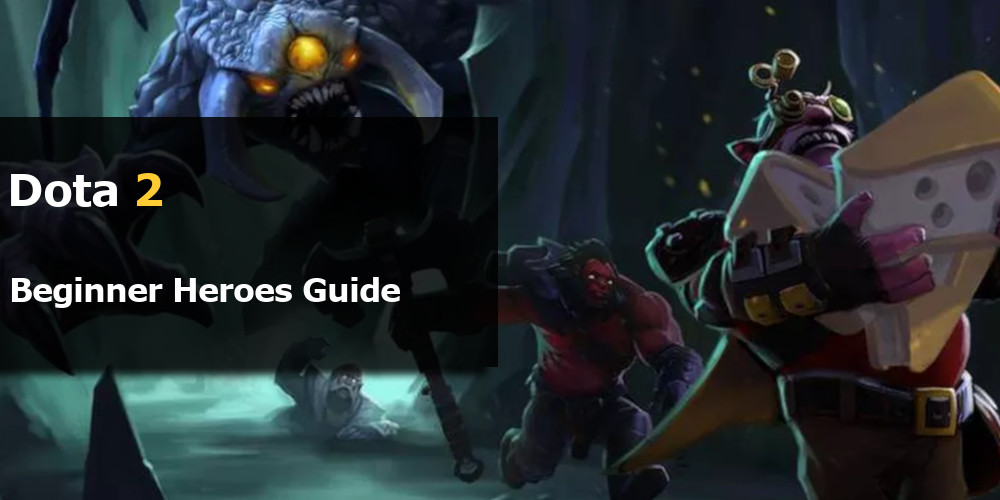 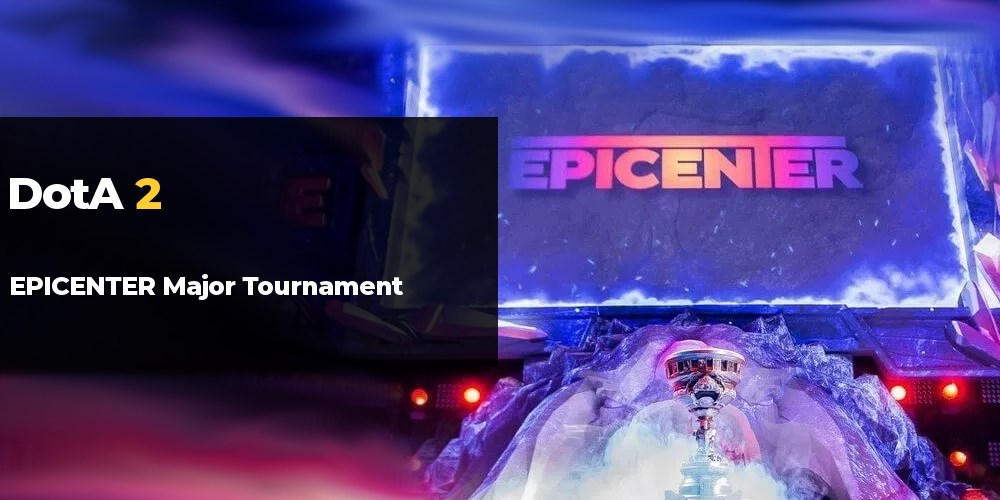