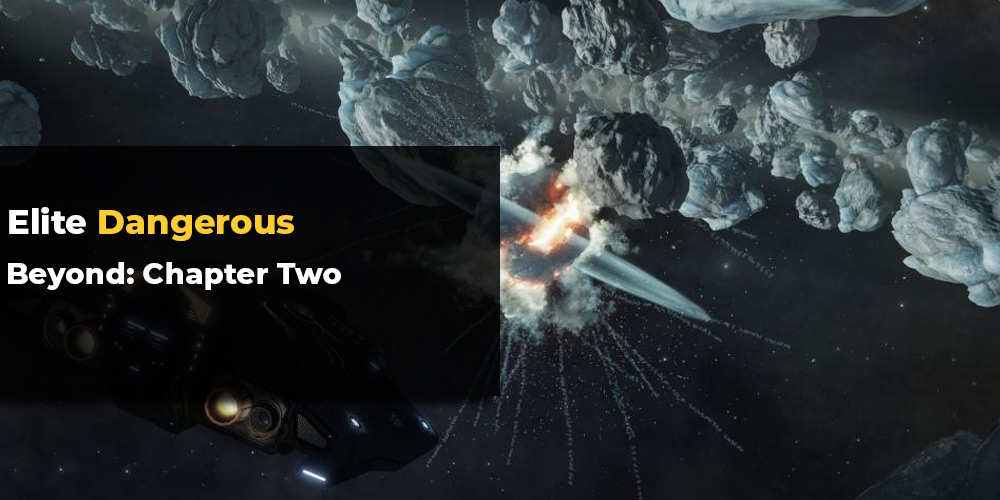 Following the last years Thargoid Invasion, Elite Dangerous launched " Beyond" the first part of this space-sims third season. Now pilots can brace themselves as Chapter Two has been set to release on June 28th. The second chapter will introduce Alliance Challenger, new wing missions, installation interactions, explorable settlements, new weapons from the tech-broker.

The Alliance Challenger is being equipped with better gear than that of the Chieftains, meaning it can accept way more beating when fighting the relentless Thargoind invasion. Just like in chapter one, installation interactions will now let us scan and interact with space installation by using hacking turrets, comm arrays and cargo bays.

Tech Broker will allow commanders to unlock a wider variety of existing guardian-tech weaponry. Tech Brokers will hand out missions to find and collect Guardian data and materials. Upon finishing the task certain Guardian modules will become available for purchase.

The Alliance Challenger is equipped with stronger armour than the Chieftain, which means it can soak up damage while combating the ever-relentless Thargoid threat.

Similar to Beyond Chapter One's Megaship interactions, Installation Interactions now let us scan and interact with space installations—be that utilising and/or hacking turrets, comms arrays and cargo bays. Thargoids will remain a threat looming over the intergalactic peace in the second instalment of the "Beyond" but this time around they'll arrive at the playground with new toys, such as Scout-class ships that can buff other Scouts.

Elite Dangerous Beyond Chapter Two is supposed to launch on June 28th, more details will be revealed in the following weeks