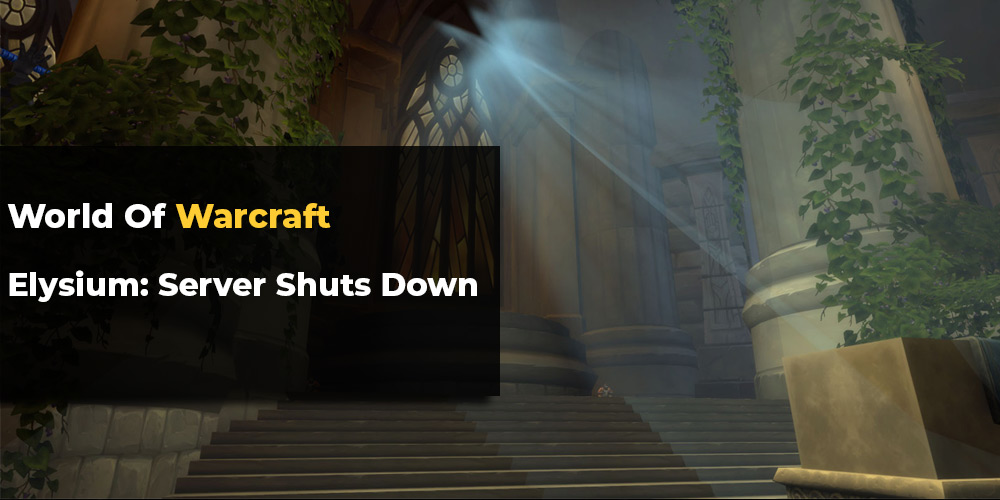 The white-knights of the veteran World of Warcraft community, creators and programmers behind the most popular vanilla WoW private emulator - Elysium, are human after all and disband after evidence surfaced of some serious money embezzlement and corruption involving some the server staff.

The saga of WhiteKidney and his Project Elysium goes way back. Having a cult following as non-pay-to-win stable progressive vanilla server it garnered a cult following among the veteran WoW players that missed "those days" and became "homeless" when Nostalrius shut-down after the lengthy legal battle with Blizzard. The fall of Nostalrius was a shock to many Blizzard fans that petitioned against taking it down, and despite all the community drama "the blue guys" went through with it. Fortunately enough they decided not to hunt down others like Elysium.

So the knights in shiny armor carried on with their project amassing more players than some of the top AAA MMORPGs out there with whooping 160 thousand active accounts. Problem was, server was not making nearly enough money from donations to keep it running and WhiteKidney refused to open up a shop. With staff members not being paid some shady things started to happen, donation PayPal money started to disappear, reports coming in of "certain" staff members trading in gold and "favors" to players for money. All the evidence and Reddit drama regarding this led to a 40-minute staff meeting that concluded in WhiteKidney shutting down Elysium temporarily, creating a backup 1 hour prior and launching a new server - Lights Hope after clearing out copied accounts and generated currency.

According to a three-hour podcast with WhiteKidney himself, 80% of Elysium staff left the project and another 80% of that number joined Lights' Hope. When it comes to Elysium Project it is still running but nobody knows for how long, now drastically understaffed and shrouded in scandal, server is noticing a massive exodus of players.

If you want to know the details below is a 40-minute recording of the final staff meeting.