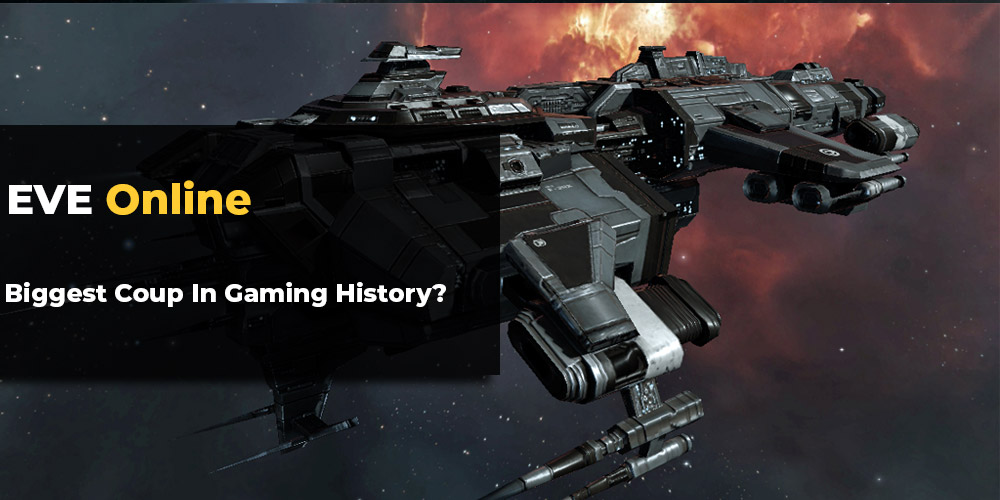 We've all heard stories of huge battles in EvE, alliances falling apart, guild dramas. Every MMO has its own portion of the same, but we have probably never, in the history of gaming witnessed a coup so elaborate, so vicious and so.... genius. Read about the story of disappointment, anger, and retribution in, what is probably, the biggest theft of virtual goods in MMO gaming ever.

What is 'the judgement day'?

One of THE names of EvE Online. Main spokesperson and long time member of one of the biggest alliances of EVE: Circle of Two (CO2 for short) had enough of sloppy management, poor treatment of their oldest allies and general terrible attitude of the leadership and decided to take the matters into his own hands. Introduction of Citadels made it easier to defend alliance assets but also made it easier to steal and that's how the revolution has begun:

Also, this is kind of a fantasy moment for goons right now. We will be bluing them temporarily and allowing them safe passage through our space while they play with their new food for the next week or so. SENT BY Dran Arcana to All

That is not the end of C02 problems tho. Allegedly, gigX (leader) was asleep when The Judge betrayed him. Minutes later, he followed up with a serious threat on C02 in game chat channel in front of nearly four thousand people:

"Whoever know[s] his real name, home address and other details [message] me,"

"The Judge feel free to use your hands by typing here"    "While you still can".

What GigX did not know is that this chat has been live-streamed on twitch and was instantly reported to CCP resulting in a permanent ban. Some believe that punishment was too harsh and that EvE somehow participated in the entire drama. Now without their leader C02 is in a great disarray.

Even tho some, including The Judge, might say that C02 was falling apart you have to remember it was still part of a Coalition and still was one of the biggest powers in EvE Online and this is the first time in EvE history when empire comes crumbling down without a single fire shot. According to Archer of Triumvirate, actions are being taken to completely seize control of what remains of C02 to stop further damage to the Coalition and everything should stabilize within hours. It has not been confirmed if C02 will end the war in the south or will they ignore their losses and continue raiding their neighbors? Time will tell.