One year in prison for DDoS attack in WoW! 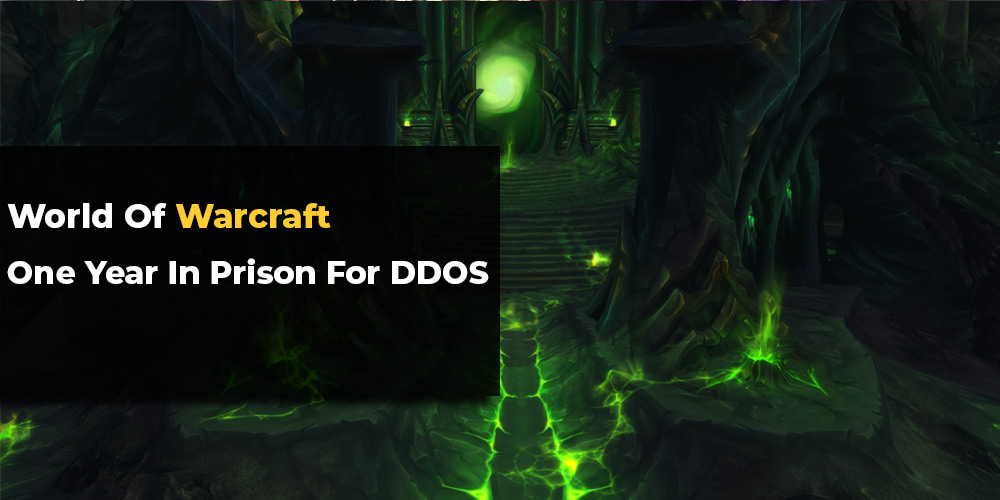 One of the harshes punishments in World of Warcraft history has been carried out as a 38-year-old gamer has been sentenced to a year in prison in the US for performing a DDoS attack that struck down on the MMORPG servers in Europe.

Callin Mateias had been accused of flooding servers with traffic between February and September 2010. The attack has been a well coordinated 'distributed denial of service' assault that bombed the game servers with too much information denying users to log into the game resulting in thousands of paying subscribers unable to use the product they were paying a monthly subscription for.

Gamer from Romania has been extradited to Los Angeles to face the trial and pleaded guilty in February to one case of causing damage to a protected machine.

A World of Warcraft gamer has been sentenced to jail in the US for carrying out a cyber-attack that interfered with the service in Europe. He has been also fined $29,987 to cover Blizzard costs to repel the data deluge that was caused by the attack. Prosecutors in the case claim that (then) 30-year-old gamer had been driven by "juvenile" urge to gain an advantage over his rivals.

The Romanian citizen - who had been extradited to Los Angeles to face the charges - pleaded guilty in February to one count of causing damage to a protected computer.

Prosecutors in the case said the then 30-year-old had been motivated by a "juvenile desire" to beat his rivals.

"Mateias, using his in-game avatar, often participated in collaborative events, such as 'raids' where players joined forces to meet game objectives and were rewarded with virtual proceeds or in-game advantages,"

"[He] became involved in disputes with other players for a variety of reasons, including the division of loot and membership in raid teams."

To add more salt to the injury Mateias used the online alias " Dr Mengele" after a Nazi doctor who conducted deadly experiments on death camp prisoners, had also faced charges over alleged role in a hacker attack on California-based computer vendor Ingram Micro. However, the case had been dropped after Mateias was sentenced to one year in prison over the WoW violation.