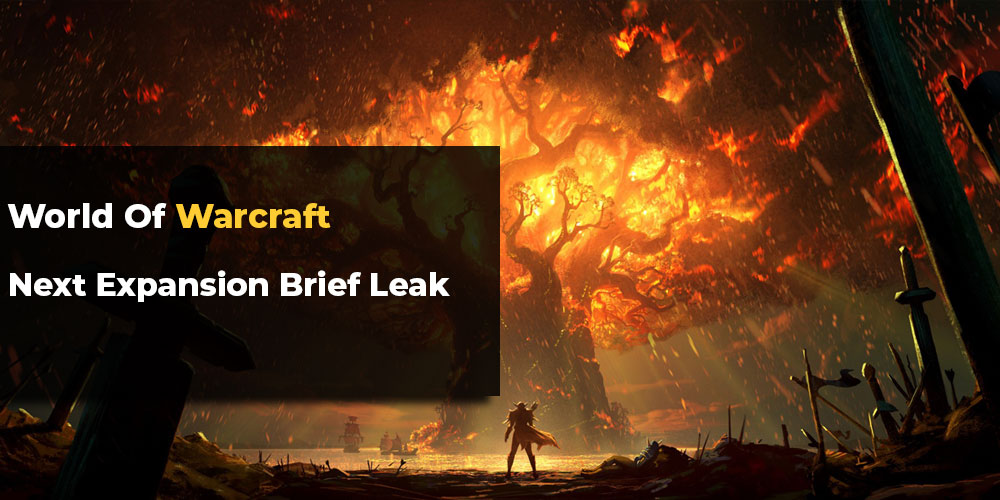 Ever since the Legion launched people wondered what will be next. Many speculated on the possibilities as there are plenty of plot threads that remain. Old Gods, the battle between the N'aru and Void Lords or Azshara - possibilities are plenty. Now thanks to a certain Reddit user that goes by the screen name of Tiwuno we had a brief glimpse of what awaits.

What is more, due to some datamining, users have been able to find out what comes next in Legion patch 7.3.2. When heroes of the light defeat and imprison Sargeras with help of other Titans of the Pantheon, the lorde of the Legion in his final desperate act wounded sent a single drop of his blood to Azeroth creating a massive scar where Silithus once was. Judging by the shape and location of the scar we may speculate that this last act of defiance will awaken and summon the Old Gods in their full glory to Azeroth.

So far players have encountered three Old Gods: C'thun, Y'Sharrj and Yogg-Saron, all three in their weakened due to titanic imprisonment and years of struggle against their magic bonds. Lorewise, Old Gods are considered way more powerful than the Titans as many of those astral beings were in the past needed to subdue a single God. What we also know is that there is at least one more Old God on Azeroth - N'Zoth, imprisoned beneath the ocean floor.

In the video below we present to you a line of dialogue with Khadgar addressing player after Sargeras defeat.