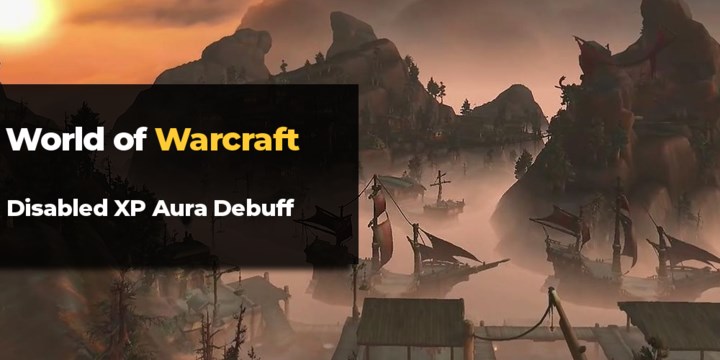 One of the fastest and the best ways to level up in World of Warcraft is getting nerfed to the ground. In the newest Public Test Realm build there is a new debuff Aura, that applies to in-game characters when in party with someone who turns off the XP gain, that will greatly reduce the XP gains of all party members.

Why and how did that happen?

Leveling through Twin Boost in Island Expeditions was the best leveling technique that was added with Battle of Azeroth expansion. You would find strong players with strong gear, that would add you to their party, locking the XP gain, allowing you to go through each mission in 5 minutes. It was an easy way to obtain items and XP really quickly. With this technique a character could reach level 120 from level 110 in 2 hours of Expeditions. Now it is no longer possible.

Newly implemented Aura reduces the Experience gained by all party members by 95% if there’s one character with the XP gain turned off. This will prevent the boosting that was really popular for the past half a year.

Blizzard has already mentioned this occurrence in their announcement, back in late 2018, so the nerf-hammer is not entirely surprising:

Since the launch of Battle for Azeroth, we’ve noticed an increasing trend of players turning off XP gains at level 110 in order to repeatedly powerlevel other players’ characters at an excessive rate without increasing their own level. The intention of the XP-off feature is to allow alternate characters to stay in lower-level PvP brackets or re-live lower-level content, not to purposefully halt progression in content relevant to the current expansion.

Isn’t it too late?

This powerleveling exploitation has been around for a very long time, considering that it was possible to level like that in August 2018. Some say it is way too late for that kind of fix, as nearly ten months of players leveling with this technique already made a huge difference, not only in levels, but in items and gold gained during the entire process.

This fix will hurt new players, as those who could use that powerleveling technique are already way more powerful than players that at this point won’t be able to access it. This nerf is not only a way of fixing the mistakes of content design, but a brave statement as wall, that any shortcuts and easy treatment will be put to rest. Is that change good? It’s up to community to decide.

And if you want to enhance your experience in WoW, and check our offers on MMOAuctions.com! See you on the Battlegrounds!