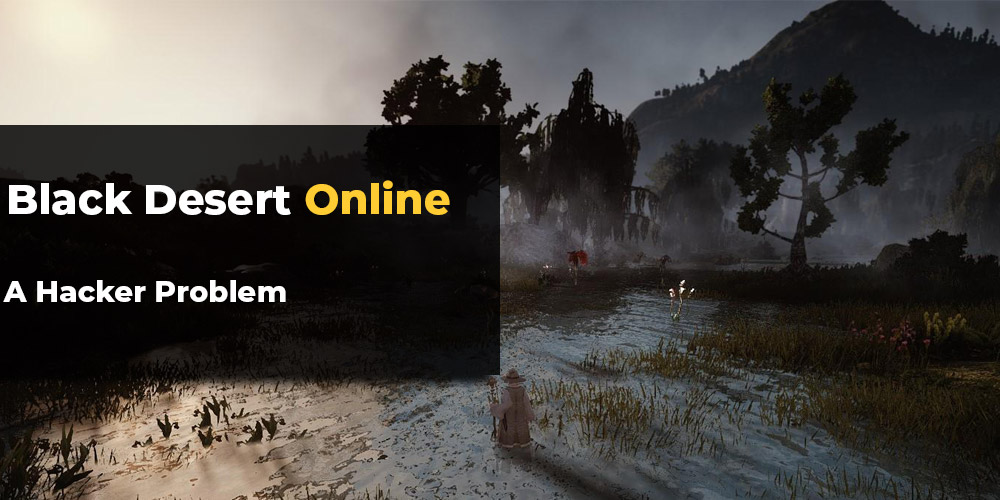 Ever since it has been made public by Reddit user Blisschen how rampant, effective and persistent hacks in Black Desert Online are the community started to boil. Apparently, for over two years Black Desert Online developers and publishers did nothing to stop people from hacking.

What are BDO hacks

Blisschen took the risk and effort to test out a few of the hacks by himself just to prove how insane the advantage they give. Speed hacks that allow players to beat 30-40 minute distances in under 30 seconds, hacks that increased attack and cast speed allow the user to perform 100+ attacks per second with a single click, or a marketplace bot that automatically bids on hard-to-get items with split-second precision. Suddenly videos started showing up of people abusing those bots freely on one of the hardest, but most profitable, locations in BDO: Hystria Ruins.

Clips of people instakilling mobs started to appear more and more often on Reddit (because any hint of hack abuse on official forums is automatically deleted by moderators) causing more and more disgruntlement among the players. Even tho Black Desert has no player trading, amassing huge amounts of silver makes it easier for hackers to gain a massive advantage over regular players very fast. Due to the RNG system implemented when upgrading your gear, whenever someone creates a max-level version of a jewelry piece (for example expensive Ogre Ring) there is no way it will go unnoticed, suspicions came when anonymous players from no-name clans started creating such gear en-masse suddenly.

As the community demanded answers and action Kakao kept silent sweeping the issue under the rug, and probably this made the matters even worse. It became public knowledge where to download or buy such hacks and players begun using them publicly just to prove the point. Finally, after many players giving up any hope, Kakao decided to take action announcing that they have banned 700 accounts. In the open letter to the community, publishers claim that they are continuously working on gathering data and identifying bot users

Cheaters bring a lot of frustration to us true gamers, and we want to be able to play and compete fairly together. Knowing that others were getting ahead by cheating leaves a sour taste in all of our mouths. We’ve been acutely aware of the views and anger that many of you have shared across multiple platforms over the last few weeks, and we’ve been working to identify those malicious players to execute a thorough ban wave.

We understand and share your desire to see swift action on this topic, so please know that we are continually looking at ways to improve our processes of gathering data and be aware that the amount of work that goes into ensuring we have perfect ban waves is extensive and takes time. Please also remember that ban waves are indeed waves, and while we can be sure we haven’t caught everyone yet, we’ll keep working on this and more will follow.

Now, onto the part, you’ve been waiting for!

All of these accounts have now been banned from accessing Black Desert Online.

Thank you to all those who raised awareness for this issue and remained patient as we investigated and compiled the data.

I’ll see you all for the next ban wave.

Unfortunately, this is not the first bot outbreak in the history of Black Desert Online, and banning 700 accounts is considered "fixing a sinking boat with a band-aid" and a "PR-stunt" because, as it turns out, players that have openly used third-party hack software did not get hit by the ban at all, even when they have willingly streamed the entire thing. Will Kakao and Pearl Abyss finally do something about the rampant botting and hacking? Only time will tell, but judging by their lack of response now and in the past, the future of BDO looks grim.