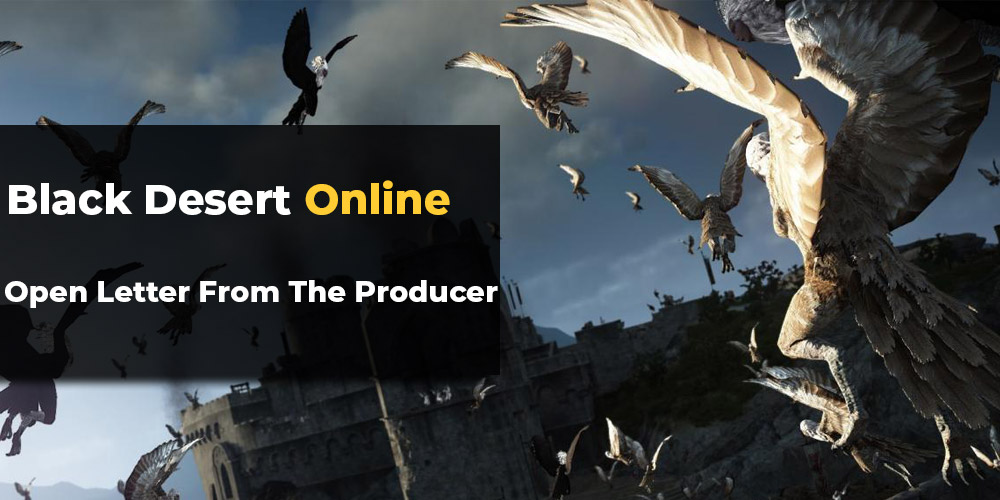 Black Desert Online has been making quite a few headlines recently and not in a good way, despite its beauty and groundbreaking combat system it has its own share of issues. Lack of balance between classes, hidden unclear stats, game-breaking performance issues, are just some of the problems the game is currently facing.

Black Desert Online community is, to put it lightly, pretty opinionated when it comes to the flaws of the game. We have seen Korean protests in the streets of Heidel (one of the major towns in the game) regarding premium-shop pricing, a weeklong bloodbath on newbie grind spots on EU servers where high-level players butchered newbies in protest of karma system changes, and, most recently, Castle Sieges with couple thousand people showing up with one purpose: break the servers exposing how terrible the game hosting is. On top of all that after recent tweaks in attack power and defense power significance and crowd control mechanics in player versus player combat game became a huge unbalanced mess. Lack of response from developers and publishers only added salt to the injury.

The situation looked pretty grim, but finally, after some time, executive producer of Black Desert Online, Jae-hee Kim released an open letter explaining their vision for the game and announcing some big changes.

What does the open letter say?

In his letter, Kim admits that the dev team was stuck on making band-aid balance fixes instead of reworking the entire framework which resulted in complete lack of balance and repetitive combat which, despite amazing mechanics, came down to using one or two skill combinations over and over again. That is why some of the older classes will get a heavy rework and super armor, block, grab, and iframe mechanics are going to be changed. That is why the entire upcoming month (may) will be dedicated to finally bring some balance in PvP combat, closing the gaps between classes both in mechanics and damage.

Progression in Black Desert is a kind of mixed bag. On one hand, you can be very lucky and gain an advantage over others very fast if the RNG deities are in your favor, on the other hand, you can lose months of progress by "burning" your gear in the enhancement process and, despite your amazing agility and skill, fall behind those less experienced but with more luck, because, unfortunately, gear is everything in Black Desert Online.

what is the solution

To remedy that, Black Desert Online will have drop rates of certain rare accessories doubled and improvements in damage reduction stat will end "one-shot combos" in PvP.

The letter also touches on the subject of repetitive, stale Node and Territory wars. Currently, the only three castles in the game are in the iron grasp of three, undefeatable, guilds. Castles rewards ridiculous amounts of silver making the gap between the elite and the rest of the server bigger with every passing week. Two out of three castles are usually uncontested as nobody even bothers attacking those guilds. Jae-hee Kim promises some changes in the upcoming node war season, giving weaker and smaller guilds a chance of winning a castle.

Finally, the EU/NA community has been promised better communication with developers and compensation in the form of 30-day premium buff time.