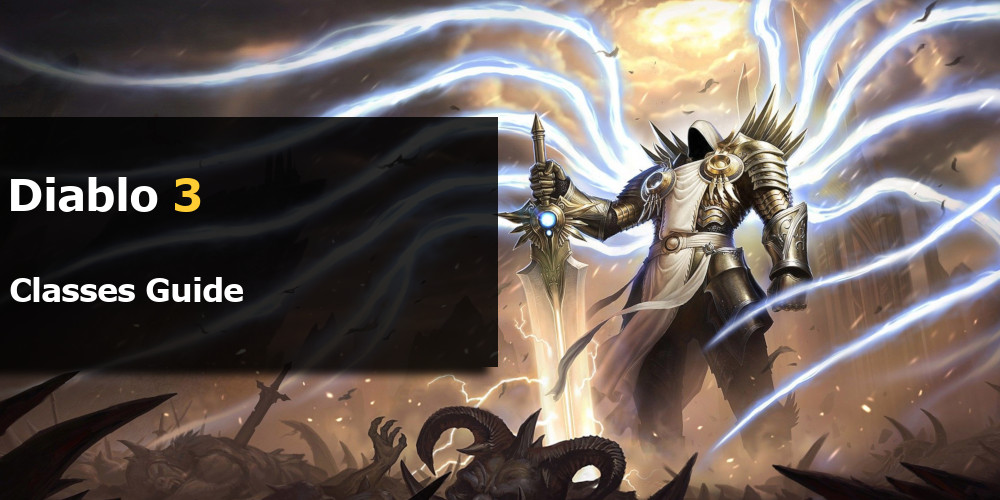 Choosing the right class is important in Diablo 3. After all, the game revolves mostly around grinding, and repetitive Rift runs. Unless you’re playing your first character and first season, there’s not that much story progression. The character that you’re playing has to be engaging and enjoyable to you. Of course, all the classes can farm efficiently, but their playstyles will significantly differ.

Barbarian is a bloodthirsty warrior that excels in melee combat. Currently, the majority of the most powerful builds revolve around Whirlwind ability. It’s definitely a blast from the past for Barbarian players back from Diablo 2. Spinning around and AoE slashing through enemies was probably the most popular and iconic aspects of this class.

Of course, there are also some builds focused more on single target damage. No matter what build you elect to go with, Barbarian will always run straight in the middle of the action. This ferocious, brutal playstyle is the main trademark of Barbarian class. They have a lot of health, which makes them tanky, but they can also deal with huge amounts of damage thanks to skills like Wrath of the Berserker.

This option is much better for players who enjoy hiding in the shadows and utilizing range advantage in more tactical playstyle. Demon Hunters also have plenty of AoE damage, with piercing arrows and explosive attacks that can destroy multiple targets. Their builds are often focused either on massive attack speed steroids and multiple quick hits onto the enemies or on utilizing their AoE capabilities, striking a bit slower, but reaching numerous targets at the same time.

As a bow or crossbow user, you’re going to deal with massive ranged damage, while also keeping your distance and kiting enemies. The build differences don’t affect the general playstyle that much. They’re mostly focused around other abilities to act as primary damage sources. Some of their power levels will vary patch to patch, but in the end, it will often come down to personal preference.

Monks are another kind of melee fighters. In comparison to Barbarians, they utilize less brutality and raw strength in favor of agility, spiritual concentration, and powerful crowd control. Monks fight with fist weapons, hitting their enemies with flurries of swift attacks. Besides due to their proficiency in martial arts, Monks can also deal with significant amounts of AoE damage with their aura-like skills and abilities like Exploding Palm that allow them to literally blow up their enemies. This focused fighter also has access to a class-unique resource called Spirit.

Similarly to Demon Hunters, you can design your build to quickly eliminate a single target with a series of high-speed attacks or focus more on the AoE. The difference is that the Monk builds require them to get much closer to enemies to kill them. At the same time, this class has slightly better mobility and crowd control with access to dashes, knockbacks, and stuns.

Witch Doctor is one of the summoner classes in Diablo 3. Of course, there are quite a few build options, and nothing is set in stone. That being said, you have a possibility of letting your minions frontline and do most of the damage, while you stay safe and support them from a distance. You can also provide some hexes and deal damage over time with your spells.

The other builds focus more on the second aspect, trying to utilize as much of the AoE debuffs and nukes on as many targets as possible. It allows the Witch Doctor to inflict significant amounts of cold and poison damage. It’s a very specific playstyle that probably doesn’t fit every player. After all, Witch Doctors are really squishy and have to be careful with their positioning, and at the same time, they can’t instantly delete enemies with nuking spells. However, if you enjoy making your minions do some of the hard work and slow-burning your enemies with hexes and debuffs, it might be a perfect option for you.

It is a much more conventional spell caster class. Wizards harness the arcane power of all four elements to destroy their enemies with magic. This class offers a lot of burst damage that can be inflicted both from a distance and in close range. They can use Teleport to reposition in between their short but devastating damage rotations.

Unlike many other games, Diablo 3 builds don’t limit the player to using only one element at a time. You can have a perfectly fine setup that utilizes lightning, ice, and fire in a single rotation. The main difference between Wizard builds comes from the Archon ability. If you decide to implement it into your build, you’ll probably want to go straight in the middle of the action and use more AoE damage around yourself as well as weapon spells that will empower your basic attacks. If you’re not going to play an Archon build, you probably should keep your distance and nuke targets from afar, using Teleport to reposition during the battle.

If you want to play a devoted knight in shiny armor that wants to eradicate the evil demons with holy powers and physical strength, this is the class for you. Crusader can wear heavy plate armor, bearing a shield, and swing a hammer or swords. They are relatively close to a conventional tank class, with their equipment and the ability to taunt enemies. There’s also the Steed Charge ability that allows the player to mount a celestial horse, providing not only mobility but also style points.

Of course, Crusader also deals a lot of damage. Most Diablo 3 gameplay revolves around solo faring, and every class can do it efficiently. That being said, Crusaders can excel at leading their parties into combat and providing powerful buffs to allies. They can use various abilities to empower their shields and hit the opponents with it, inflicting damage and crowd control effects. At the same time, they can utilize the holy magic to deal with high amounts of AoE damage with skills like Condemn.

Just like the spinning Barbarian, Necromancer walking around with his horde of undead minions is definitely an iconic image from the previous installment in the Diablo series. Players had to wait until the second DLC to get this character class. While the general minion master playstyle has changed significantly, Necromancers can still use corpses to summon skeletons or other undead minions.

The corpses can be consumed to provide you with Essence – a unique resource that allows you to use many powerful abilities, including the summons. They can also be used to nuke enemies with Corpse Explosion or some other skills. As a Necromancer, you’re going to have to manage the Essence. But you can simply get more for killing enemies and using Devour on the corpses, so it shouldn’t be a problem when you get the hang of it.

Which class to choose in Diablo III

The most crucial factor while selecting a Diablo 3 class is the playstyle. You don’t have to worry about getting countered by other players since PvP is pretty much non-existent in this version game. Balance-wise, every class has some strong builds in each season. You might have to make some adjustments to your favorite setups if you want to optimize Greater Rifts farming speed.

The character design, their abilities, and maybe even lore along some other features are the main reasons why people play their classes. We also don’t recommend paying too much attention to the current meta builds in terms of class selection. First of all, you can play off-meta and still enjoy the game a lot. Secondly, the meta might change in a couple of months. One day a skill is completely useless, but tomorrow it might become one of the top tier, most powerful abilities in the game. The same goes for item choices and sets.

Finally, getting new Diablo 3 characters to max level doesn’t really take that long (unless we're including paragon levels), so trying out a couple of different classes might be a good idea you can rush to level 70 pretty quickly. If you’re playing the seasonal mode, you might want to change things out with every new season.

If you’re interested in some Diablo 3 Gold or Legendary Items, make sure to take a look at the offers posted at MMOAuctions! Every online gamer can find something for themselves in this community of trading players! You can also browse our blog to find gaming guides, tips, and articles for many other online role-playing games, as well as other titles, including mobile ones. Other Blizzard games that we write about include Overwatch and World of Warcraft. There are multiple new posts every week! What do you think about this guide? Make sure to share your thoughts in the comments! We will really appreciate it if you follow us on Twitter and Facebook! 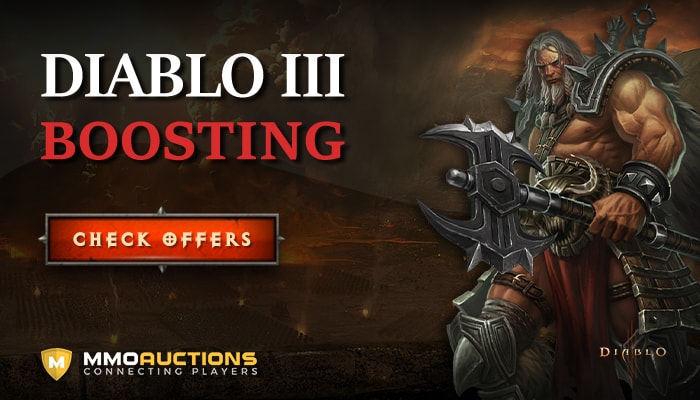 Diablo 3 is the third installment of the legendary classic video game series developed by Blizzard Entertainment. The game changed a lot since its release in 2012. Currently, it's mostly based on slaying hordes of NPC enemies, in order to receive the best loot that includes Blood Shards, gems, and the strongest gear to complement your build. You will do most of this farming in the Adventure Mode. Activities like Greater Rift or Set Dungeon are really relaxing and a lot of fun.

Of course, there still is the story mode where you have a quest after quest to finish and bounties to complete. Players can choose to play a seasonal mode, where their progress is reset every few months and they start a new journey, or they can develop a single character as long as they want in the non-seasonal game mode. Of course, this mode also features plenty of changes. The game balance and original content are constantly being updated. Players can also choose to play the hardcore mode which means that when your character dies, it's dead for good and you have to make a new one. It's not recommended for beginners though.

The game is available on multiple platforms. You can start to play Diablo 3 on PC, PlayStation 3, PlayStation 4, Xbox 360, Xbox One and Nintendo Switch. The game has been available in multiple forms, like Eternal Collection and Ultimate Evil Edition. 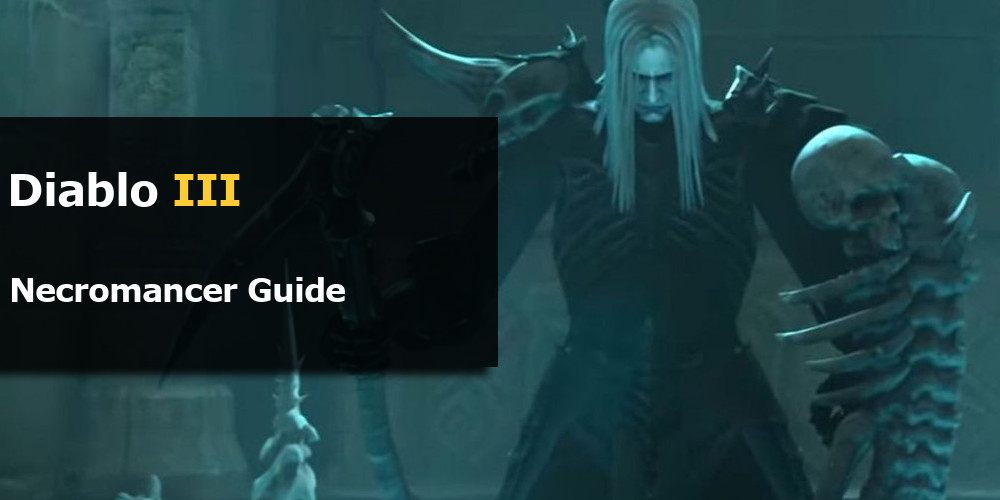 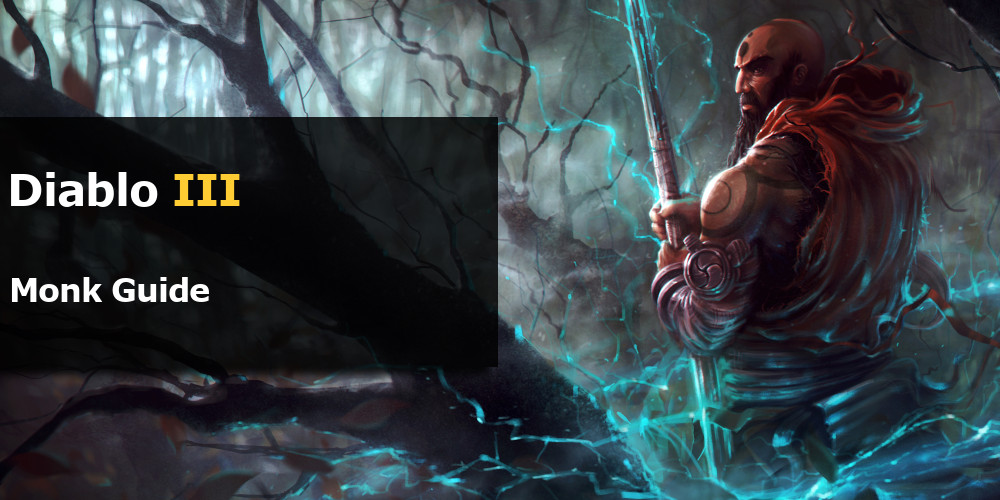 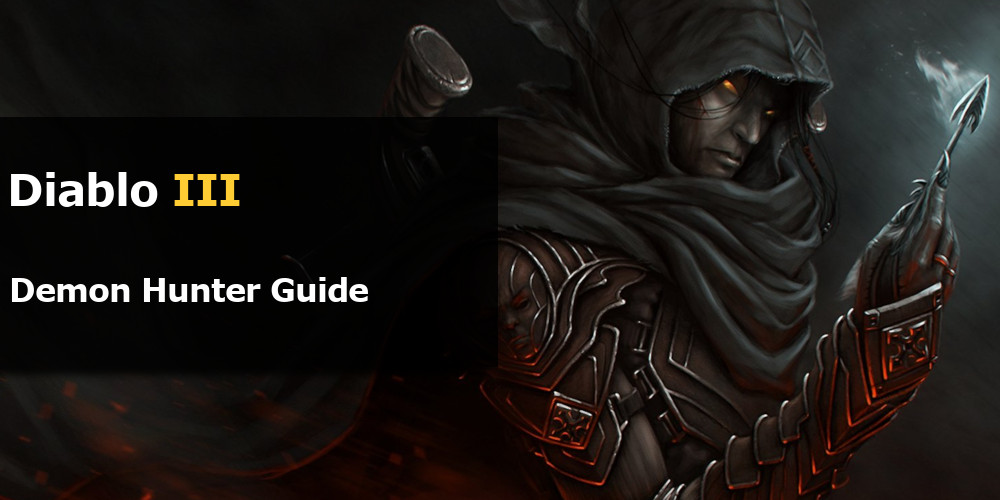 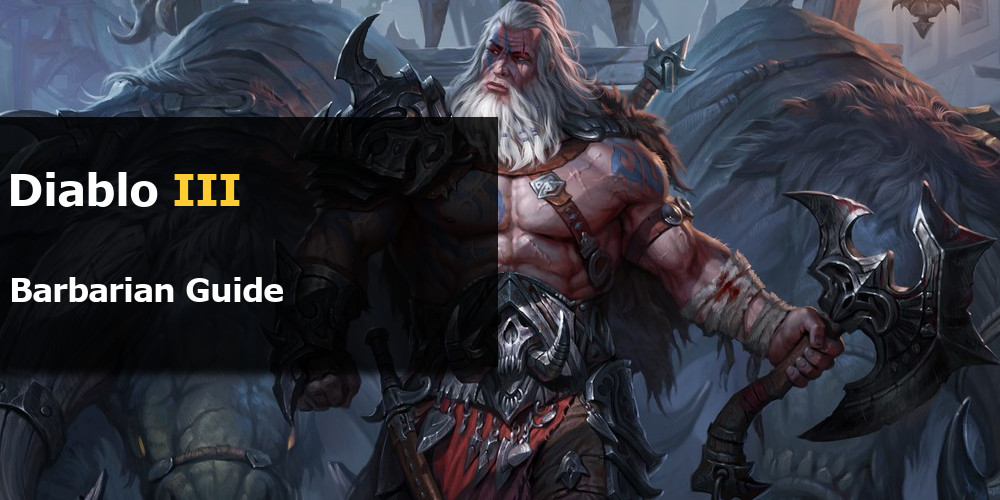