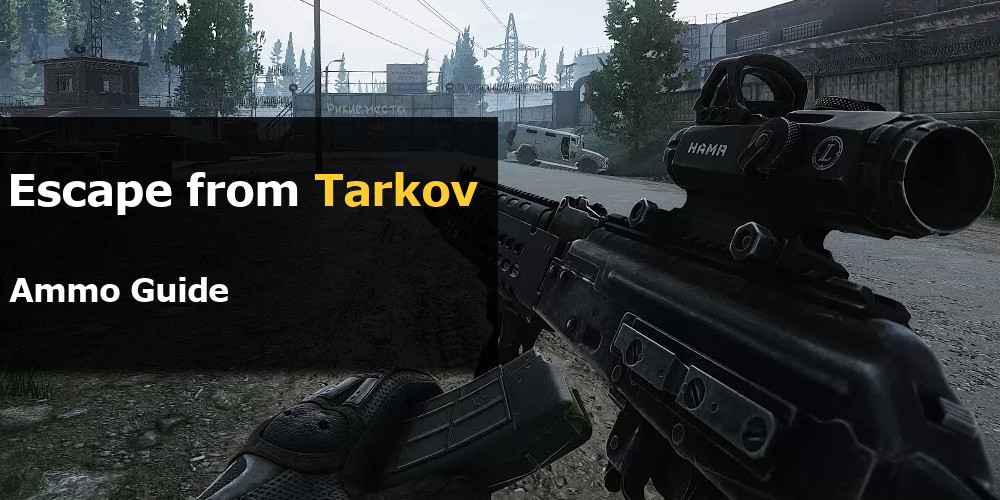 Escape from Tarkov can be called a game that closely resembles a portion of reality when it comes to physics and behavior of various systems. It includes advanced ballistics, as developers implemented bullet drop increase on distance traveled by fired shot, loss of velocity, ricochet on impact, fragmentation upon reaching the target, and so on. Weapons available in Escape from Tarkov game have a wide variety of ammunition compatible for them. It's up to the player to make the decision which bullet will be the best. It might be a tough call that has to be made - small differences between ammo A and ammo B might determine whether you will come out alive from the encounter or not. The point of this guide is to show you which ammunition you should choose to gain an advantage on the battlefield, so you won't have to worry anymore about testing it. 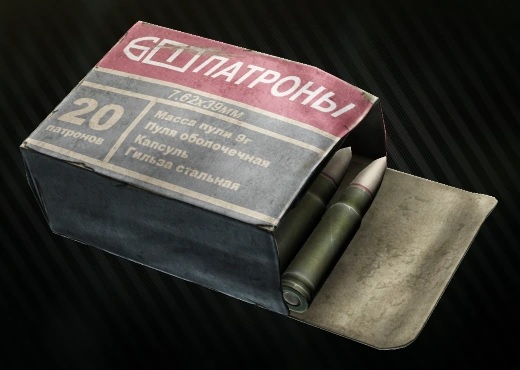 In EfT Ammunition is not just another game part that was put without a previous plan. It is a complex system of items represented by various statistics that determine their usefulness in the field of battle. Ammunition was, without a doubt, carefully planned during the game design stage and each bullet has its unique statistics:

Power of Penetration - Determines the chance of a bullet to penetrate the armor of the enemy fired at, as well as damage is done to that armor if penetration was successful.

Damage - Often referred to as Flesh Damage - Number of Hit Points taken from enemy upon receiving a clean hit or upon armor penetration.

Armor Damage Ratio - Percentage of damage that was done to defensive equipment when the bullet hasn't penetrated the armor.

Travel Speed - the traveling speed of a projectile.

Chance of Fragmentation - The likelihood of bullet fragmentation (shattering of the bullet). If the projectile breaks upon the impact, it has a high chance to deal bonus damage to the target.

Chance of Ricochet - Chance of bullet bounce upon impact. If the projectile didn't hit directly, there is a chance that it got redirected.

Choosing ammunition for your guns should be carefully made considering the Power of Penetration and Damage. A decent balance between those two will give you a steady chance of damage dealing with each shot. By selecting bullets with high damage, you will most likely sacrifice the opportunity to shred through armor so you should aim for your opponent's legs. If you are going for bullets that have high penetration values, always try to make headshots and body shots.

Below you can see which ammunition has reached the highest values in the statistics shown above. 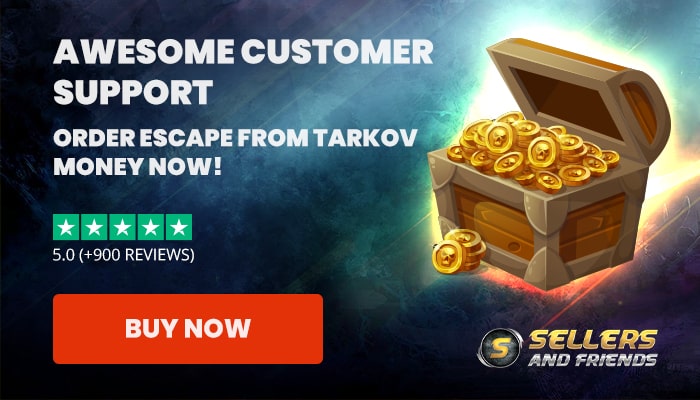 On the other hand here are the lowest values:

As you can see from the examples above, the high damage of a bullet doesn't necessarily mean that it will be the best in every situation. Without the slightest doubt, we can define two groups of ammunition in Escape from Tarkov. One will be responsible for damage dealing purposes vs. low tier armors and enemies that don't wear them at all. The other one is designed to penetrate even through the toughest lines of defense. It is tough to choose the best one in the heat of the moment, but still, having both at your disposal might be beneficial during encounters.

Heavy Penetration - If you are aiming to take down heavily armored targets, it is your go-to choice. These are the highest calibers in the game that allow players to shoot even through the toughest of armors dealing moderate damage to the flesh. These shells are fired by the largest and heaviest of available weapons like Remington R700.

Specialized Armor Penetration - 4.3x30mm and 9x39mm were designed especially for armor penetration. Although the first one doesn't have any uses (it lacks flesh damage), the second one does exceptionally well in both penetration and destruction.

Assault Rifle Calibers - Used in fully automatic and semi-automatic firearms. These calibers do an above-average job of penetrating targets and dealing damage at every distance, making them a safe choice for every type of combat and pretty much all situations. If you are unsure what kind of combat awaits you in the chosen map, then this should be your go-to ammo.

Armor-Piercing Pistol - 9x21 was designed as a special pistol bullet capable of penetrating decent armors. It also deals pretty good damage. With SP13 bullet type pistol that can use it (SR-1 MP) is capable of shredding through a better armor than most Assault Rifles.

Standard Pistol Calibers - Regular ammunition for pistols, that doesn't offer anything special besides very low recoil. Penetrative power of these bullets is quite small; however, they can be deadly when shot at high rates of fire (with the use of SMGs) or aimed into the most vital spots on the enemy.

Soft High Calibers - one of the largest rounds in the game. It has a very slow traveling speed, which makes it very weak against any type of armor, although it can bring a lot of destruction upon the flesh. This type of ammunition is beloved by players camping in bushes for unarmored targets as it will break any limp on impact.

When it comes to ammunition in the game, you will have one friend which you will often visit, and his name is Pavel Yegorovich Romanenko (also known as Prapor). It is the NPC in charge of firearms and ammunition supplies. If you are meeting level and reputation requirements, he will allow you to buy and sell more advanced items.

7.62x25mm Tokarev - For this ammunition FMJ43 at Prapor level 1 and LRPC at Prapor level 2 are the best choices. In general, you should avoid using it at all times since its armor penetration values are terrible.

9x18mm Makarov - Avoid using it at all times - worst ammunition in the game that has troubles even with penetrating lowest armor tiers.

9x19mm Parabellum - In this tier, P GZH and AP 6.3 are the best choices. It is standard ammunition that penetrates quite frequently.

9x21mm Gyurza - Powerful Ammo exclusive to SR-1MP Gyurza. SP10 and SP13 choices are the best ones and can easily penetrate through class 3 armor. Anything beyond that will be too much for this bullet.

4.6x30mm HK - MP7 SMG ammunition. Unlike most SMG ammunition, 4.6x30mm AP SX rounds can easily penetrate through armor, and because of that, it is the type that you should go for.

5.7x28 FN - another SMG ammunition. Within 5.7 rounds, you can find 5.7x28mm SB193, which is the type with the highest penetration that both deals great damage and shreds through defense easily.

5.56x45mm NATO - Used in famous M4A1 rifles and few AK's. 5.56x45mm M995 Ammunition can penetrate everything but has low damage. The best choice will be to go with M856A1 that balances well between damage and armor penetration.

7.61x51mm NATO - 7.62x51mm M61 Rounds have both amazing penetration and damage. On the other hand, 7.62x51mm M80 bullets can be a good replacement with higher damage and lower penetration.

7.62x54mmR - Rounds made for the infamous Mosin. 7.62x54mmR 7N1 Sniper Cartridges have unmatched damage and decent penetration. As soon as you unlock them, stick to this choice.

9x39mm - Ammunition for VSS Vintorez. Rounds of this type can penetrate almost everything. With 9x39mm SP-5, even class 6 armor will not be a problem, and with 9x39mm 7N12 BP, you will get a little bit lower penetration but higher damage values.

.366 TKM - Vapor ammo. Only .366 TKM EKO is decent, but in general, this ammunition type should be avoided.

Different cartridge and ammunition types have different types of properties. For your personal information you should get familiar with many types of ammunition. The games that you play will be much easier if you follow chart that compares ammunition price to effective damage that it can deal. Our exhaustive full list of ammo provide a quick and easy navigation on the current meta regarding bullet changes including last patch.

12x70mm - Shells designed for other shotguns.

Characteristics of Shotgun Ammunition show that almost every bullet made for this type of guns lacks armor penetration. Only 12x70mm Slug has decent values in that matter, but it is still too low to penetrate through more than class 3 equipment. On the other hand, 12x70mm RIP shells have the highest damage in the game and lowest penetration, which could make them the best ammunition against unarmored targets.

It is not the case. Indeed they exceed damage values of their rivals, but extremely high prices make them not worth using at all. If you are picking up a shotgun for a fight, make sure to aim for legs. This part of the body is not covered by any armor types, and it guarantees penetration. Avoid using 12x70 7mm Buckshot shells at all costs, as these have both weak damage and low armor penetration. 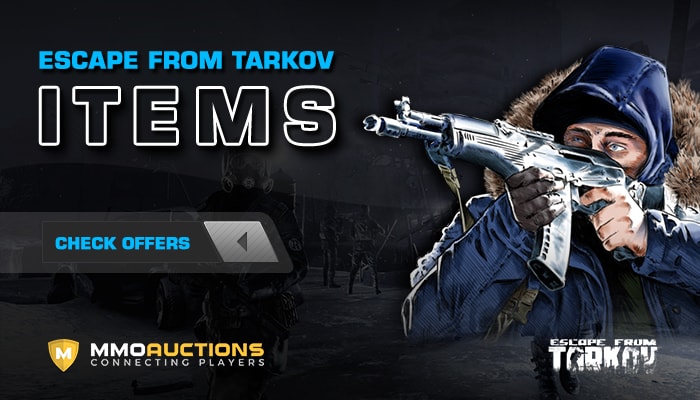 It is the end of Escape from Tarkov Ammo guide, and we are hoping that with it, you will be able to outperform your opponents in the field of battle. We believe that choosing the right ammunition for your guns is the crucial point of a learning curve in the game. By understanding how bullets work in this game and which statistics are essential, you can become better at Escaping from Tarkov.

If you are looking for additional knowledge - whether it is about EfT or any other online title - you can find it on our blog page. We have prepared articles and guides from every field of gaming to help you in leveling, gold making, and playing in general. Whether you are looking for newly updated patch notes, charts, graphs, lists, or any other form of information - every single one of them can be seen on the blog page. Access it by the link below.

Those of you who are interested in buying, selling, and trading in-game items like currency, equipment, and accounts for your favorite MMO titles should check out offers at our marketplace. Users from around the world can participate there in trades that let them buy coveted items at the lowest prices and sell what they have in stock for real money. Don't hesitate. Join us today, become part of our community, share your opinion, and enjoy the content that was made by gamers for gamers.

If you are kind enough to leave a comment in the section below, we would highly appreciate every single "thanks" towards our team members. We are working hard to bring you the best content every month - from January to December, and your opinion is the highest value to us. Share it with us and tell us what you think.

If you want to see terms of privacy click on the menu. There you will find necessary information about publisher, views and our content from now and long ago. If you need info on other types of ammo for different kinds of weapons like pso gzh, pst gzh, fmj sx and additional ones make sure to visit fandom of tarkov wiki where gaming community create their own guides for ammo. 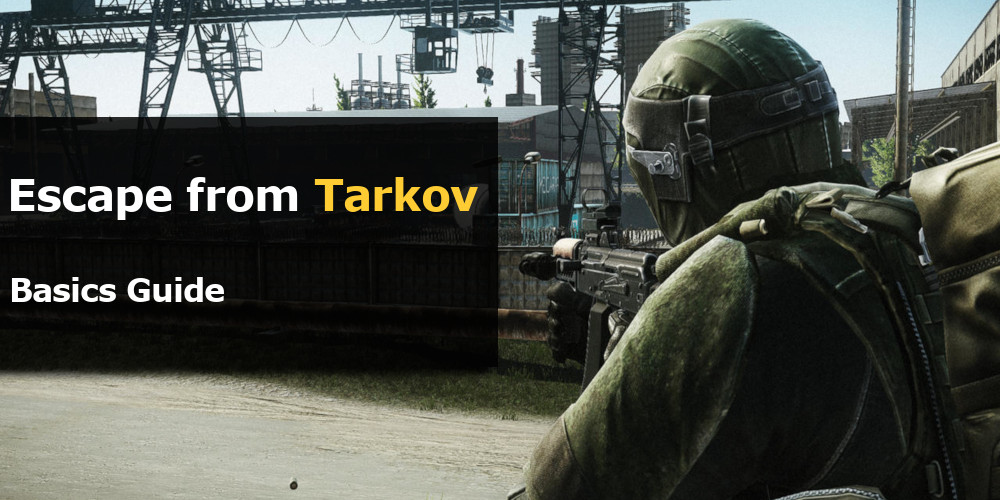 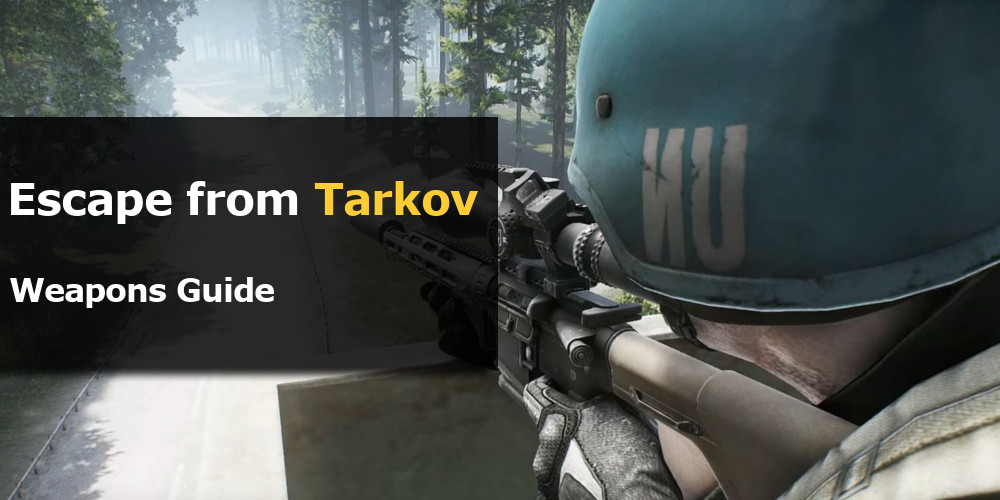 Escape from Tarkov Weapons Guide - Shoot like a sn... 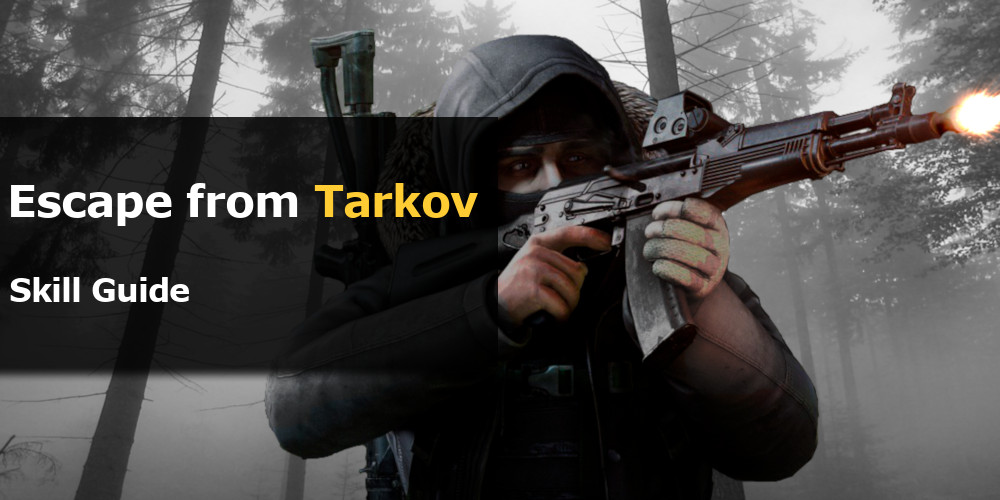 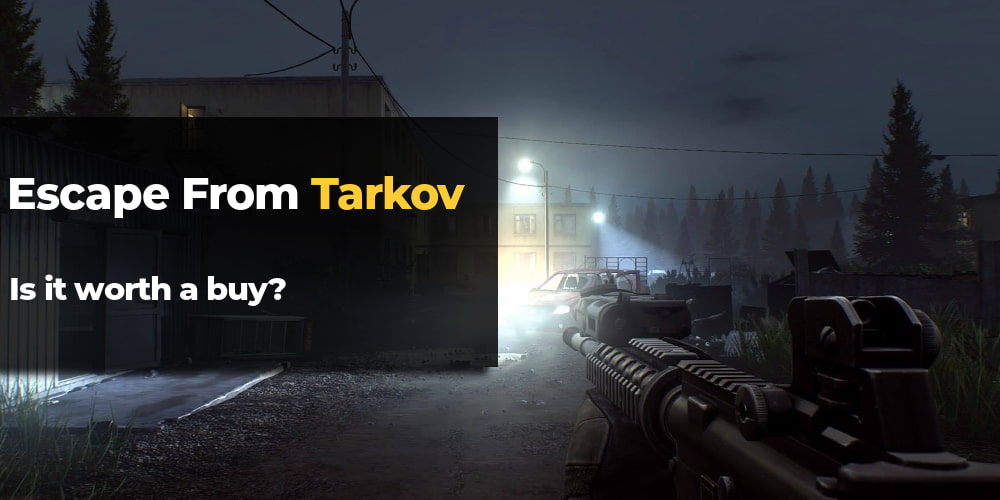