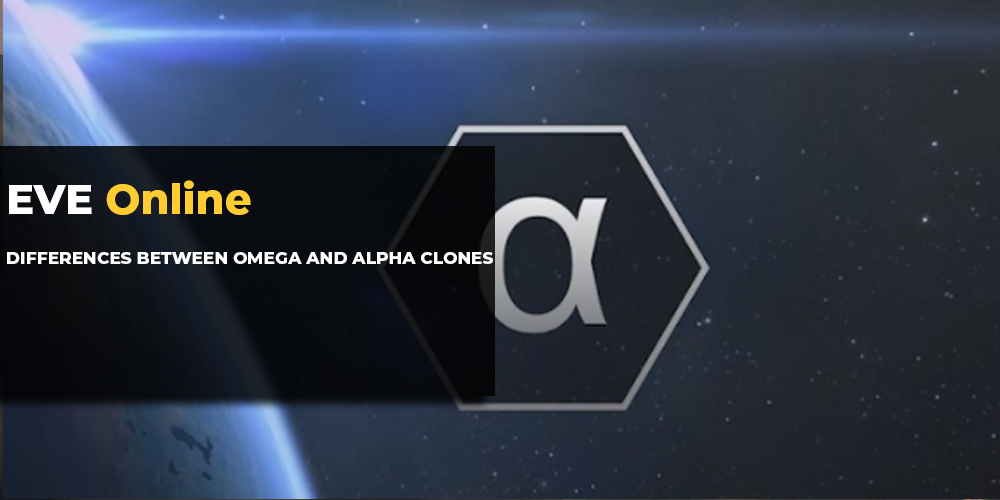 Ever since Ascension expansion, released on 15th Nov. 2016, capsuleers can have access to EvE Online for free through Alpha Clones and pilots that want to get the full experience can stick to Omega state. After various changes Alpha clones gained access to a wide variety of skills and ships allowing them to taste almost any type of gameplay.

All new characters in EvE Online start as Alpha Clone. As an Alpha you can freely explore entirety of EvE Online Universe. You will be able to train certain skills and fly most of the ships up to the  cruisers. Alpha Clones are free forever, you can remain in Alpha state for as long as you wish with no strings attached.

Omega Clones are the “premium” characters in EvE. To activate Omega status on your Alpha clone you can either buy a omega subscription, buy omega time via official vendors or spend PLEX purchased from other players in-game to activate Omega status. Omega clones have unlimited access to all skills and ships along with some additional perks.

When your Omega time runs out and you decide to continue as an Alpha, all skills trained outside the Alpha limits will become inactive (but not removed!) this also translates to all ships and skills requiring Omega status. For example, if you were piloting a Svipul, which is a Tech 3 destroyer, when your Omega time ran out you won't be able to undock in it until you reactivate your omega account.

Below we will outline major differences between Alpha and Omega clones.

Alpha clones have access to Frigates, Destroyers, Cruisers, Haulers and Mining Frigate. The only exception to this are Triglavian ships. Omega clones have unlimited access to every single ship in the game.

Available skills are determined by the chosen race if you are an Alpha Clone. You will not be able to train for Gallente frigate if you chose to start as an Amarr while Omega clones can train to fly anything without being limited by their chosen race.

Skill training queue can consist only from skills that will begin their training within the next 24 hours. Which means you can, for example, have a 23 hr 58 minute queue and still put a 4-day training skill at the end of it. You are, however, limited to 50 skills at one time. Omega clones have no queue limit, you can set up a queue that will last for as long as your Omega account is active.

Alpha clones can use skill injectors to boost their training but they can apply them only to the alpha-restricted skills whereas Omega clones can apply unallocated SP to any skill in the tree.

Alpha clones can experiment with infrastructure placement in Planetary Interaction feature but only Omega clones can actually export their goods from the planetside colonies.

Alpha accounts will pay additional 2% tax on any industry and science job and cannot create more than one contract at a time. Unlike Omegas, alpha clones cannot interact with a starbase (for example refueling).

If there is any Alpha client logged on you will not be able to start any additional EvE clients, you can, however, start multiple Omega accounts at the same time.

Those are the main differences between Omega and Alpha clones. Thanks to the liberty CCP has granted to the free accounts, Alpha clone state is no longer “a glorified demo”, you can use your time on Alpha to actually earn enough ISK to purchase yourself enough PLEX to buy Omega time.

I hope you find this guide useful, remember to have your D-scans running and fly safe o7.