A guide to Castle siege in Lineage II

Welcome to MMOAuctions guide to sieges in Lineage 2 Classic. Here you can learn everything you know about this content. We will be talking about the basic as well as the advanced strategies that take place during Castle Siege. You will learn where they take place, how can you participate, and what can you do to achieve the victory. Read the guide below for everything you could want to know about Castle Sieges in Lineage 2 Classic.

Sieges take place every two weeks during Sundays, and they are started at the same time in all castles available. This time is 8 PM and thats when everyone can begin sieging for the next two hours. Although there are no requirements to be in the siege zone, you will have to register beforehand to participate in those events. It does not matter if you are an attacker or a defender since this rule covers both sides.

Additionally, both teams will be required to be a part of level 3 clan or higher. To become attackers, players must speak to Herald NPC located at every castle. There is 24 hours downtime for registration before Castle Sieges begin, so make sure to sign up before 8 PM on Saturday. Clans that own a castle will be automatically assigned to defend them, and those that don't will have to sign up similarly to attackers. If more than one clan decides to defend a castle, then owners will have to accept their participation in the defending.

Both inside and outside of the castle acts as a battlefield zone. There are no borders that would accurately show where is the beginning and where is the end, but as soon as you enter the battlefield, a message on the chat will tell you so. Most of the NPCs won't respond to you during the fight, so don't bother talking to them. Township of the castle will be reserved for players not listed as Castle Defenders. Any defenders outside of this place will be teleported there during the battle right away, and all of the gates will be immediately closed. All of the sieges take 2 hours, and if they are somehow interrupted, then the time is prolonged. All deaths on the battlefield are penalized by a 4% experience loss. One player can decide about the victory as using Imprint of Light or Imprint of Darkness on the Castle's Artifact gives a team win. After the winner is decided he can take over the castle or give it up. The decision has to be made in one hour after the end of the battle.

Player versus player takes action between two teams: attackers and defenders. Both of them can attack each other. However, they won't be able to fight their team members. After the first intermediate victory clan, which managed to conquer the castle becomes the defending one, and other teams become attackers that can fight between each other. All fights that take place during Castle Siege don't affect the current Player Killing Scoreboard.

All Castle Gates are shut immediately after the battle starts. They can be attacked as soon as the siege begins, and they become immune to the damage when siege ends. The gates can be improved before the event but cannot be strengthened during it. The gates cannot be repaired and restored when damaged or destroyed. They also won't recover health until the very end of the siege.

When Clan reaches level 5, Clan Leader gets the ability to Build Headquarters. It allows team members to respawn at the battlezone. Also, both health and mana are recovered at increased speed near this building. It can only be summoned on a designated ground at the Castle Siege zone. The skill itself consumes B-grade Gemstone on use. When used by Noblesse, it creates a structure that has two times normal health. Also, it has health because it can be attacked and destroyed by the enemy team. When done so, the clan leader can rebuild it as many times as he wants to through the menu. Upon the end of Castle Siege, all headquarters are removed from the battlefield.

Every castle comes with special towers that grant a bonus when they are intact and can be destroyed by the enemy team.

Life Control Towers - Multiple towers located in different parts of the castle. They are responsible for quicker spawns after death. When all of the towers are destroyed, respawn timers are increased from 30 seconds to 8 minutes.

Flame Control Tower - They are responsible for activating various skills that are used in castle defending. Some Adena is necessary as a payment to start using this tower benefits. Those bonuses are damage zones that can decrease enemy health and slowing zones that can reduce their movement speed — destroying the tower results in deactivating all of its bonuses.

When the castle is taken over during the siege, but not before the end of it, it is called a mid-victory. During that time, roles of Attackers and Defenders switch. It means that all defenders are thrown outside of the castle, and all attackers are teleported inside. Castle gates are shut once again, and half of its health is restored.

End of the Castle Siege

When one of the team ends victoriously, it takes over the castle. The clan leader can then choose between Light and Dark themes of the castle. Each of them comes with different bonuses.

Castle of Light: Rewards cloaks and castle skills, has 5% collecting taxes, and gives players a buff that increases XP.

Castle of Darkness: Rewards cloaks and castle skills, has a 20% sales tax and 10% purchase tax. Owning a castle of Darkness comes with a penalty. Every owner can be killed by other players, and their PK counter won't be affected.

Both castles come with great bonuses, but the Light side is more oriented on XP gain and the Dark one on taxes and collecting money.

NCSoft has created the game where PvP combat is playing the critical role in server growth. Users can play with characters that are able to cast spells, use various weapons and wear set with a shiny armor. On top of that they are able to take part in many activities including dungeon, raid and party content in general.

There are castles on each of the nine territories available in the game. The clan which controls the castle also gains a benefit from it that includes taxes and political activities. Only the Castle Lord can make changes to its structure and control its functions; however, he may temporarily hand over his rights to other clan members. Castle Lord can fly through the sky at the back of the Wyvern.

If you want to read more about Lineage 2 Classic or any other MMO title, make sure to visit our blog page under the link below. We have guides from every field of gaming and articles that might improve your knowledge and experience of the online title industry.

Make sure to share with us your opinion in the comment section below. We would highly appreciate it if you could tell us what have you liked and what disliked about both our page and this article. All your questions and concerns can be answered in an instant, so if you have them leave us a message on Live Chat. Our support team is online at all times during the day.

At our marketplace you will be able to shop for cheapest in-game items. Select something that catches your attention from wide variety of goods presented by our users. Create your own offers for a chance to earn real money. Rate others and become rich through gaming today!

What is the Gludio Castle?

It is the castle responsible for the Town of Gludio.

Are there a class or character restrictions?

Contents of Castle Sieges are available for all character races and classes including Archer and Warrior.

Which castle type is more profitable?

Castle of Darkness is more profitable but also comes with a danger of PK. 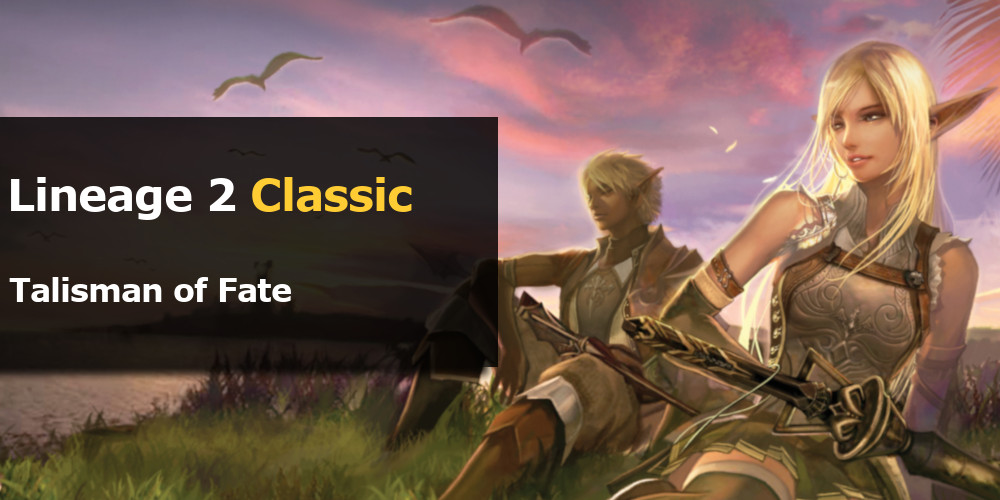