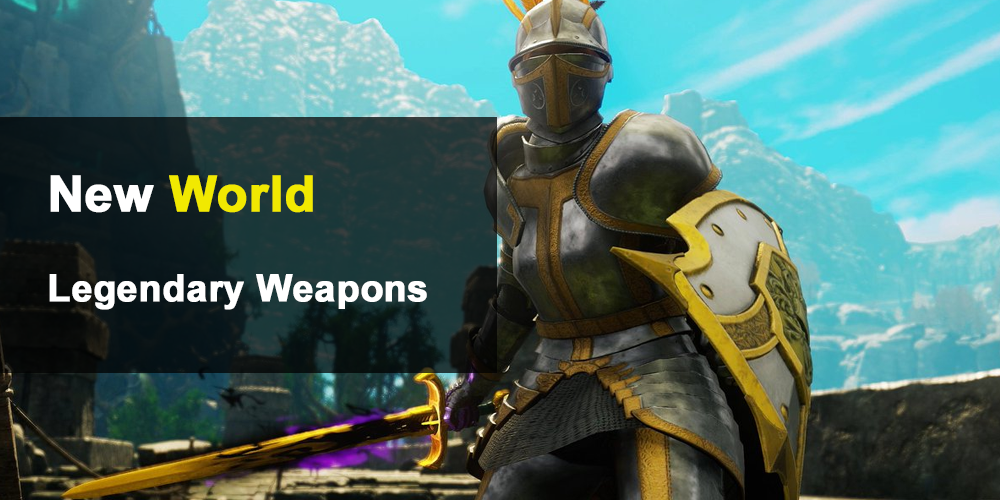 Legendary weapons are the final tier of item rarity in every MMO. In New World, legendary weapons represent the maximum power in the Aeternum, and as such, they are the most difficult to obtain. Of course, they are uniquely named and integrate curated Perks, a Gem Socket, and fixed Gear Scores.

Unlike regular weapons at the same level, to get legendary ones, you will need to reach a certain level, complete some specific quests, and face complex challenges, like expeditions and others. Besides, there are several types of legendary weapons. The one you choose will depend on your fighting style and special abilities (there are no class systems but companies).

This guide will address all the aspects of New World Legendary Weapons, Amazon’s new MMORPG. We’ll focus on:

How to Unlock Legendary Weapons

How to Unlock Legendary Weapons? 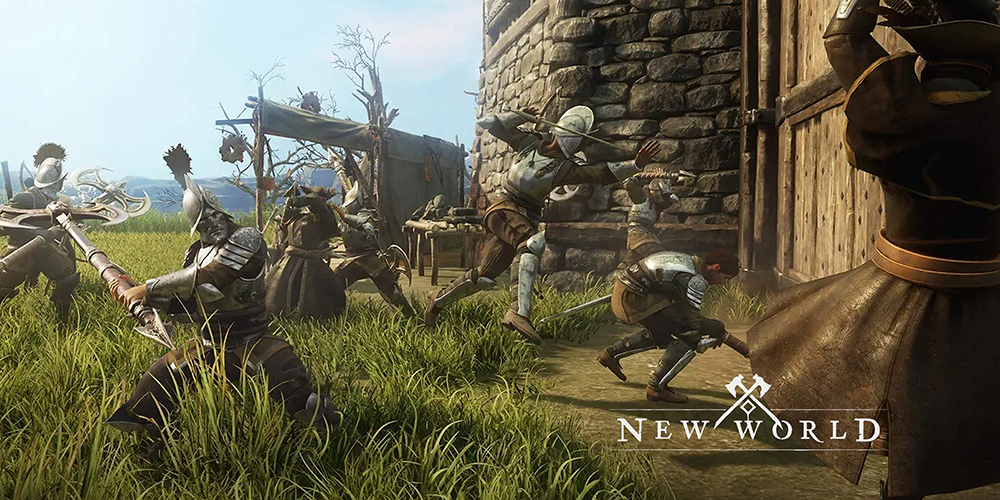 To unlock these powerful weapons, you will have to complete a series of quests. Your path begins in the Shattered Mountain that is a vast territory awash of corruption. There, you need to head to Mountainhome, an outpost to the north of Great Cleave.

Once you are there, you need to find Einyou Madaki, an NPC who gives several quests related to this and other topics. To start with legendary weapon quests, you need to have reached level 60 in general and level 20 in weapon mastery.

When you use a weapon in battle with enemies, you will gain 20 weapon mastery points for that specific weapon type with every death.

Madaki will entrust you to complete the Madaki’s Stratagem Quest, a mission in which you find the weapons molds and recipes needed for crafting the legendary variants. These molds and gathering materials are spread throughout the land, inside exclusive chests and others. Completing this quest will reward you with a decent amount of gold and XP, namely:

When you complete the quest, your journey for the required materials starts. There are unique crafting materials for any type of legendary weapon. Each weapon has seven quests. Once you have these gathered materials, you can begin to forge the weapon.

Anyway, before starting this quest, you need to complete all the side quests in Edengrove and Great Cleave. You also need to complete either the Our Own Worst Enemy quest or Shards From Above and Below quest from the same quest giver.

At this point, you’ll more than likely have to form a group with party members or allies to defeat elites in the end game areas, opening caches, walking around, and killing up to 50 elite enemies in the zone.

Note: A good idea is you register a house or Inn as your fast travel location since you’ll be coming back here frequently. 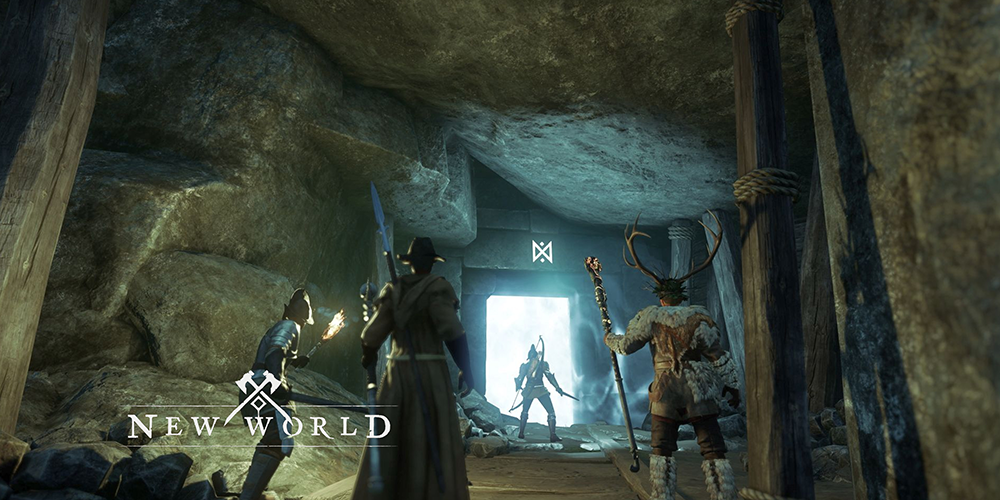 New World Dungeons are the opportunity to face powerful endgame New World bosses that represent a good chance to loot relevant materials to forge legendary weapons. Some of the best dungeons to gather some suitable materials are:

Beyond expeditions, and if you’re stuck into the endgame, you can always walk into the Arena. It also represents a bit of an excellent exercise to get good equipment caches to craft your legendary weapons. Some of the most important quests of the end game Arenas conduct you to face powerful enemies such as the Spriggan and Siren Queen.

Siren Queen is an elite boss for players who want both to face a challenge and gather important resources for their best weapons. This boss offers random rewards through the lost equipment cache for level 60, which you receive as rewards in the challenge. It can drop gear from anywhere between 500-600 gear score.

You likely only will obtain a blue quality 525 piece of gear. However, you could get a good reward, such as Wintersbite, a legendary Sword, or an Ice Gauntlet.

Since these rewards are random, you could stand and spend a lot of time farming Arenas in hopes of getting some legendary items. Just continue grinding for your BiS (best in slots) items. 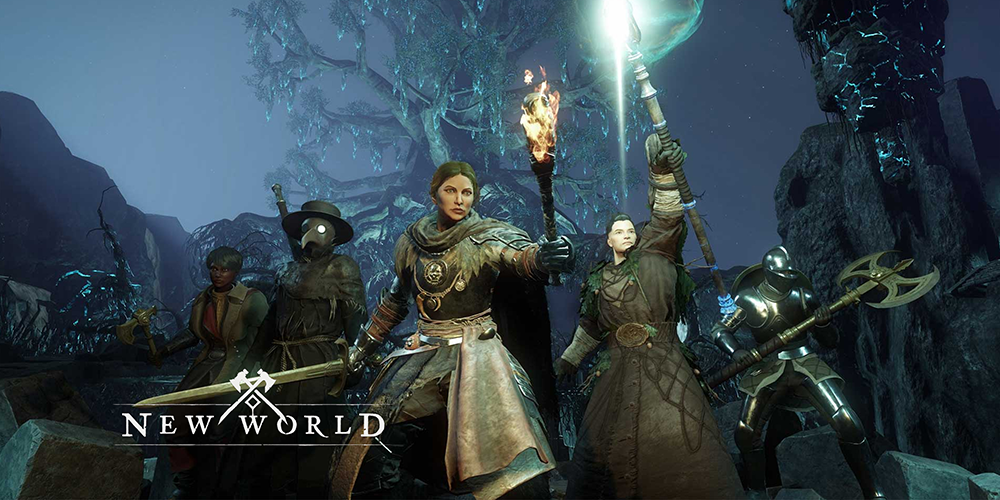 At this point, you may wonder, what is the best legendary weapon in New World by Amazon Game Studios? In general, it is considered that a one-handed melee weapon is the best option ahead of wars in NW, but there are other good options for these weapon types. Let’s take a look at some of the best: 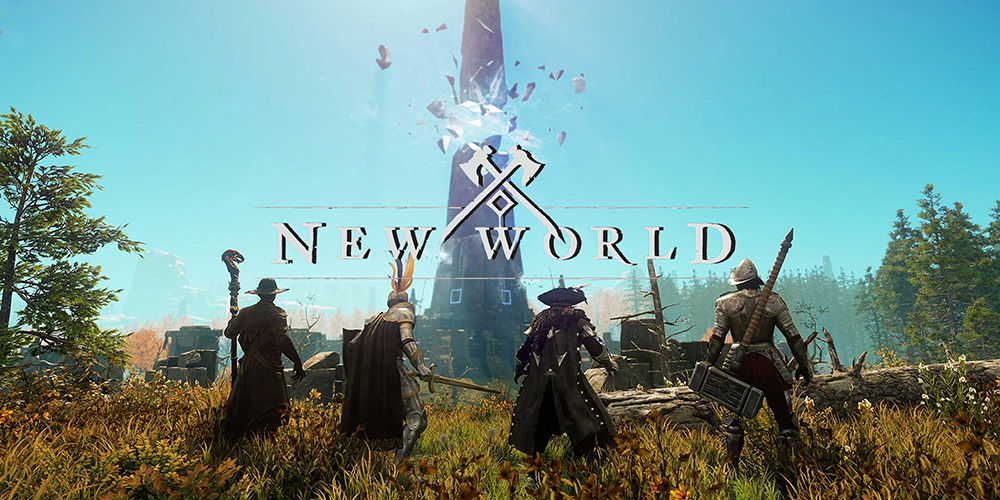 All things considered, legendary items are the key to crowd control and being victorious with a single shot in every region of New World for PC. Their max level is the perfect aid to your fight against the most powerful enemies within the game.

If you want to store and be a wielder of these incredibly crafted weapons and save your time, you can always purchase them (if you find them) from the Auction House or other players. If you need gold to do so, you have arrived at the right site! MMOAuctions has the best offers on the Internet. In this regard, other sites don’t exist.

Click on the link BUY NEW WORLD GOLD  and head for all the New World gold your gaming economy needs to have fun! With your new legendary weapon, soon you will increase your combat speed and skills. You, along with your friends, will rule over this new land.

Last but not least, you can also find currencies for other games such as Albion Online, Final Fantasy XIV, and others. Create your account and be aware of offers and news. If you have some questions about it, join us and feel free to contact our customer support and send us a message. Use the box below or the live chat. We'll be happy to answer as soon as possible.

What Is the Best New World Legendary Weapon?

There is no “best legendary weapon” in New World, but there are really good ones. Every person has their own opinions and choice. These include Winter Wish, Obsidian Warhammer, Will of the Ancients, Voidbringer’s Rapier, Creeping Recurve, Axe of the Final War, Shield of Suppression, and Firebinder.

How to Get Legendary Weapons in New World?

To get these uncommon, rare, epic legendary weapons, you need to complete the Madaki’s Stratagem Quest. Once you finish it, you can access the provision crates, which contain the required equipment and crafting skills to create them. Exploring is the path to find and equip these weapons.

What kind of legendary weapons are there in New World?

You can find melee weapons, such as hammers and swords, and ranged weapons to attack from a distance. Obtained weapons like rapier and muskets are more accurate and have less weight than bows but are powerless. Creating spears and hatches will give you some interesting stats improvements due to their usefulness. 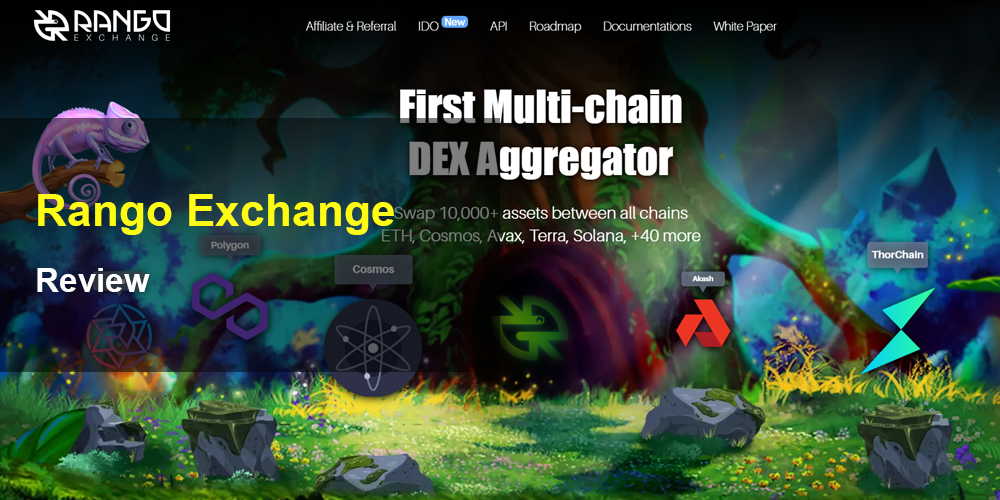 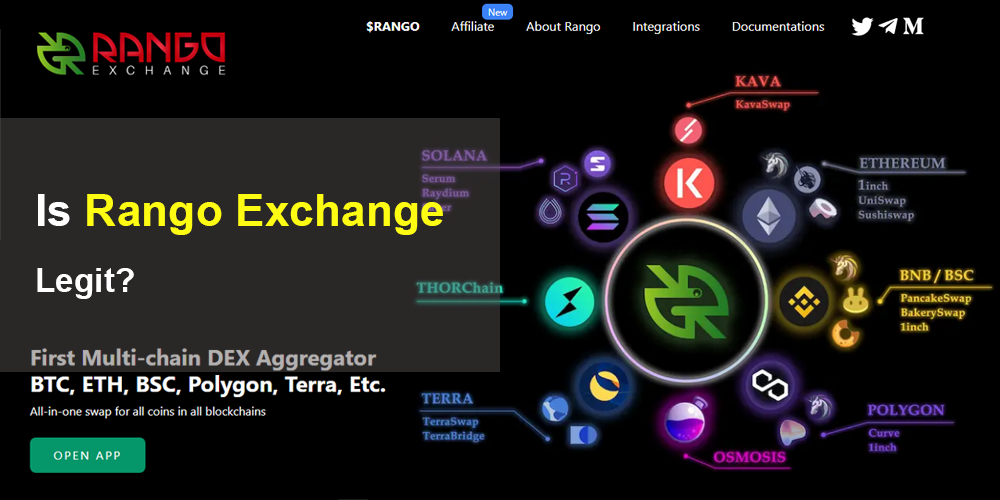 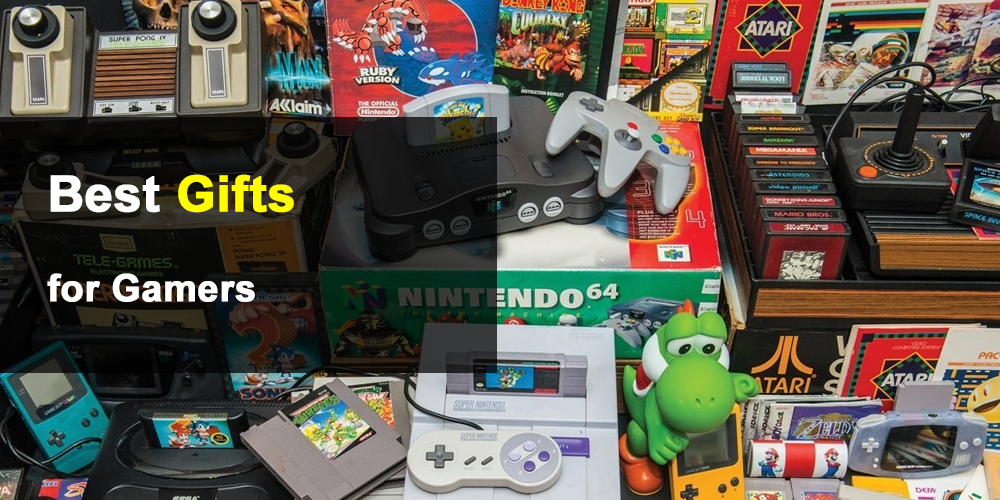 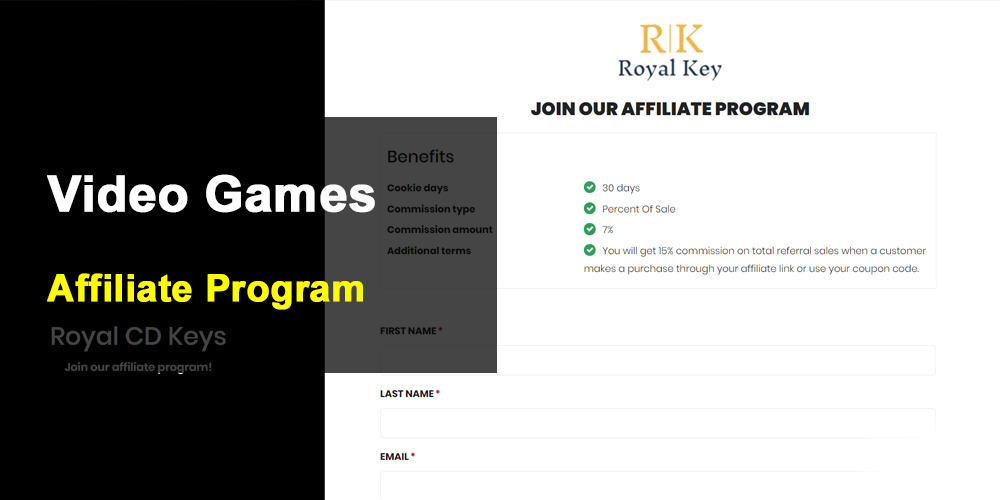