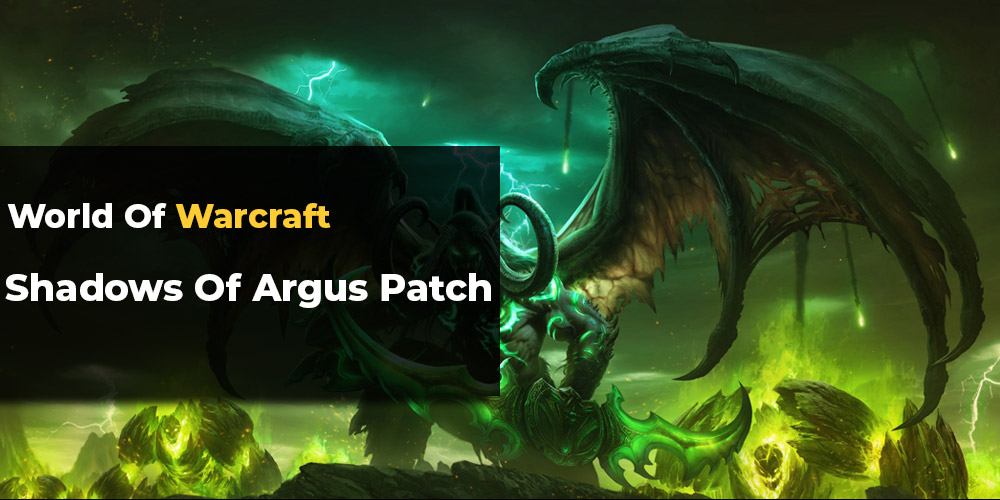 Its payback time! Embark on the Vindicaar and join the Army Of The Light in their eternal struggle against the darkness.

What is Shadow of Argus?

Patch 7.3, the third content patch of World Of Warcraft: Legion, sends heroes of Azeroth to fight their arch-nemesis The Burning Legion onto its homeworld of Argus.

This event will be divided into chapters released on a weekly basis. Fist two chapters will introduce players to new quest hub: The Vindicaar, Draenei flagship used as a central base of operations against the Legion in the area. With new chapters unlocked new features will emerge such as new world quests, Invasion Points and finally new dungeon: Seat of the Triumvirate.

Invasion Points - what are they?

If you've been playing Diablo 3, the concept is pretty similar to Nephalem Rifts. Invasion Points will allow champions to travel to different legion-infested worlds. Invasion points will be divided into two categories: lesser (5man instances) and greater (10man raids).

Alleria and Turalyon making a return!

We've all seen it coming. Alleria Windrunner, sister to Sylvanas Windrunner and High Exarch Turalyon, lost after events of Warcraft 2, were for many years considered one of the two of the greatest loose plot ends to Warcraft's rich lore. How will Alleria feel about her sister turning into Undead warchief of the horde? How will Turalyon react to "chosen one" being a demon? We'll find out soon!

When a brand new level 110 is born, all Artifact relic slots unlock without having to go through the sometimes tedious Order Hall campaign tramping through what feels like endless dungeons. In addition, Artifact Knowledge at 110 is automatically set at level 41 and increases weekly without having to conduct research.

Artifact Power rewards for World Quests and dungeon runs have been increased hugely. Where before 7.3, the biggest WQ reward hovered around 30-40M at its highest levels (and these were incredibly rare), post 7.3 can and often does cruise over 100M with the proc rate also hugely increased.

In need for some WoW Powerleveling/Boosting? Maybe in need of some powerful Items? Check our new gaming trading grounds mmoauctions.com!