WoW Azerite Traits Stack - Check out how it works 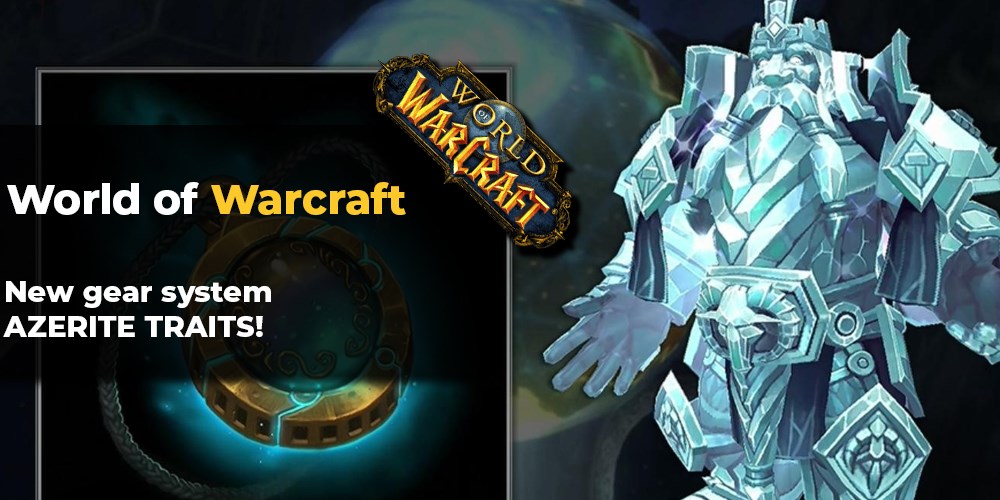 Artifact weapons in Legion served a double purpose: not only they were an amazing piece of a lore-heavy equipment but also worked as an additional "talent tree" for the specialization this weapon represented. Battle for Azeroth takes away that game-changing element and replaces it with an introduction of Heart of Azeroth neckpiece and Azerite Traits.

How does Heart of Azerite work

This new system, however, differs greatly from how our artifact worked. Collecting azurite power works just like artifact power in Legion, enhancing item level and power of our necklace but Heart of Azeroth, unlike Legion weapons, has no built-in "talent tree" instead, leveling up HoA unlocks four rings of traits on azerite gear.

Azerite armor is a piece of equipment that you can obtain, just like normal gear, from dungeon bosses and other activities but it has 3-4 rings of different traits you can choose from. Those rings are unlocked by reaching the required power level of your Heart of Azeroth necklace. 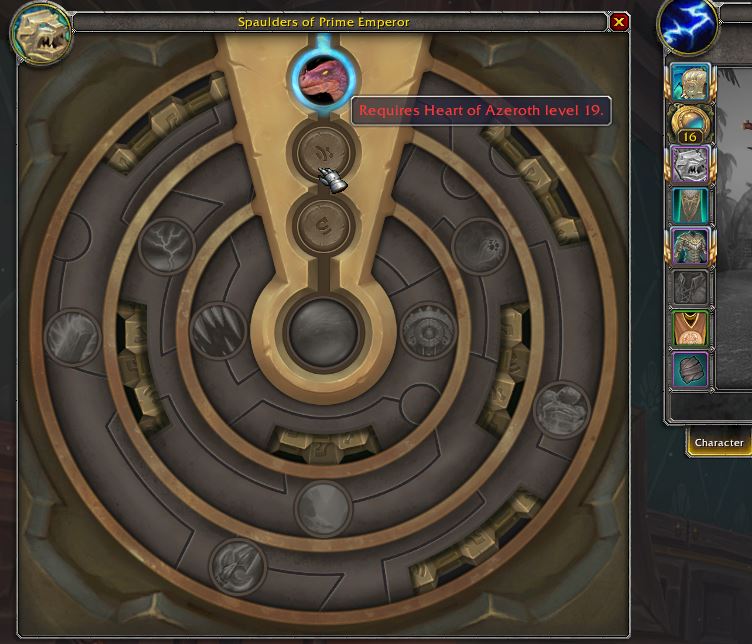 Traits on various pieces of gear are fixed, for example, azerite mail shoulder piece you can get from the final boss of Waycrest Manor will always have the same selection of traits (varying on difficulty it might have 3 or 4 rings).

Azerite traits are divided into four different trait types that are bound to the azerite armor rings. The first circle will always have class specific (or related to the location of origin) traits, the second circle will give you a selection of role-specific traits (e.g. melee DPS, healer, tank). The third circle will allow you to pick a defensive trait, out of which some might be class specific and fourth, final, circle simply increases item level of that piece of gear by 5. Some traits are specialization-bound as they correspond a certain ability, some are shared.

what are Location Traits

The first circle contains traits that are specific to your class or reflect how and where you have obtained the item but will not determine what can you do with them, for example, PvP azerite traits will work in PvE scenarios. There are traits that will give you special abilities within specific pieces of content (apart from giving overall bonuses).

A good example would be Uldir raid specific traits. Pieces of azerite armor obtained in Uldir can have one of the two location specific traits, Archive of the Titans which increases your primary stat over time while in combat up to 20 stacks or Laser Matrix which gives your spells a chance to release a barrage of lasers split among all enemies and healing you for half the damage done. Both of those Uldir traits have an additional effect: Reorigination Array which increases your secondary statistics the more "Powerful Foes" you have defeated in Uldir, stacking up to 3 times.

Location traits are traits that depend on where you have obtained the item. For example, if you get a piece of azerite armor in Nazmir you can get trait like Blood Rite which gives your spells and abilities to increase your haste for 15 seconds refreshing on every enemy kill. Zuldazar will grant you Rezan's Fury which gives you a chance of summoning a mini-rex that deals physical dmg and inflicts bleed on the target. Drustvar gear will let you select Blightborne Infusion which will summon a Wandering Soul that will follow you for 14 seconds increasing your critical strike. Vol'Dun azerite gear will have a very potent Thunderous Blast that will give your abilities a chance to strike an enemy with a blast of nature damage.  Stormsong Valley will give you a sought-after trait for PVP, Tidal Surge that will give your spells chance of slowing your target by 20%. There are at least two traits at each zone (with exception of Tiragarde which has three possible traits on gear found there).

Engineering helmets (googles) will have their own unique set of azerite traits such as Barrage of Many Bombs which gives your spells and abilities a chance to fire a cluster bomb at your target that will split into 5 smaller bombs on impact each dealing AoE damage or, perfect for tanking, Personal Absorb-o-Tron that has chance of granting you an absorb shield when taking damage.

Each class will have its own selection of 6 possible traits on the first ring, unlike legendaries in Legion or artifact traits they are not gameplay changers. Mostly enhancing abilities you are using anyway in your typical rotation.

Those are just examples of class and spec specific offensive (mostly, unless a tank or heal spec) traits. Each class also has a defensive trait.