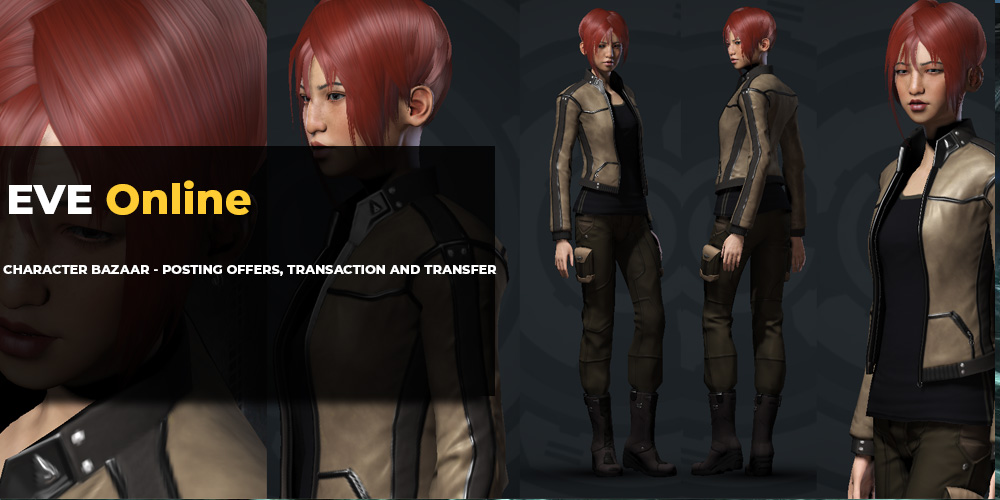 EvE Online Character Bazaar is an official forum section where players can buy, sell or trade their pilots for in-game currency. Despite it being a part of the forums it follows a completely different, more strict, set of rules. Although EvE online is praised for the lack of patronizing Game Master involvement in in-game scams their approach is completely different when it comes to the character bazaar.

You can find the topic here: https://forums.eveonline.com/c/marketplace/character-bazaar

There are few general guidelines for posting in that thread. First of all, you can not list a character from an account that has been previously banned for macro use. Lottery-style sales are prohibited. Characters can be sold for ISK and ISK only, you cannot exchange your pilot for PLEX or ships or items. If you want to sell an account you would have to list every pilot separately as you are not allowed to sell your EvE account as a whole.

So, you want to sell your character? Here’s a list of things you have to check before you make a post.

So you have all the things prepared and you start making the post, there are some things that have to be included when making the thread. First of all you have to provide info about your wallet balance, most importantly - whether or not it has a negative wallet balance. You have to note that ISK for that pilot will go to the sold pilots wallet and seller will have to withdraw it to the character of choice. Secondly, kill rights. You have to disclose if there are any kill rights active on the sold character, any kill rights that the character owns on other pilots are treated as an asset and are not part of the deal.

As a seller you will have to provide all the required information regarding your jump clones. If your spares are located in 0.0 or lowsec - the potential buyer has to know that, it’s also a good idea to provide current location of the pilot.

If pilot has any bounty on his or hers head it has to be mentioned as CCP will not remove bounty from the player (or transfer it to different pilot on the seller account).

CCP does not support any sort of down-payments but also protects the deal until its completion so you don’t have to worry about it. The asked amount of ISK has to be paid in a single ISK transfer. Sellers can also choose to bail out of the deal at any time before the transaction is completed. The ISK that a buyer sends to the seller are considered his until the character transfer is completed, if the sale will not happen the entirety of ISK must be returned.

Before character is transferred all skill training has to be paused. Transfer usually take around 10 hours and only one character per account can be transferred at any given time. This translates to both purchasing and selling.

Once transfer is completed, both buyer and seller are obliged to modify the topic in such a way that it will be clear that the pilot has been sold.

And that’s it! You can now safely sell your EVE characters for ISK! Remember to have your d-scans running and fly safe o7