The word "event" can have multiple meanings in the world of Guild Wars 2. It might refer to the vast seasonal celebrations that correspond with specific events in Tyria or real-life holidays – they're also called festivals. This term can also refer to Special Events prepared by ArenaNet. They usually provide the players with extra incentive to perform specific activities – they can increase drop rates of gold and certain items or temporarily add new loot to the game. Finally, there are meta events. They are a series of quests or dynamic events that tell the main storyline of the location that they're happening in. Following these chains is a great way of exploring the fascinating side stories of Tyria.

The seasonal festivals have been a part of the Guild Wars even in the previous game. During this time, certain cities receive unique decorations, while players have an opportunity to take part in special festive activities and earn rewards. Moreover, special foods, consumables, and other features are made available for the time of the festival. Five festivals take place in Tyria every year.

Lunar New Year is a Canthan festival that's strongly inspired by the real-life Chinese New Year celebrations – the event takes place in late January and early February. The main location of this event is Divinity's Reach. During the festival, Celestial Dragons appear in many major cities of Tyria. The players can buy Lucky Envelopes and open them to find various rewards. They include food, fireworks, trophies, luck-increasing consumables, and items unique for each year's edition of the event.

Super Adventure Festival is a huge-scale April Fools event. Its main attraction is the Super Adventure Box dungeon. Portals to this instance appear in every GW2 capital city. Entering the portal teleports you and your party to a unique arcade-themed location. The dungeon features pixel-styled graphics and retro music. Players are rewarded with a particular event currency called Baubles. You can later exchange them for various prizes.

Festival of the Four Winds is a summer event that takes place in July and August. During this event, players have access to The Crown Pavilion – a gladiatorial arena where you can fight NPC mechanical Watchknights. Moreover, there's a solo competition called Queen's Gauntlet, where you can face fight the NPCs 1v1 and a group challenge called Boss Blitz. The players get rewarded with Celebration Boosters and Zephyrite Supply Boxes that can contain various items.

Every year, at the end of October, the Mad King returns to Tyria for the Halloween Festival. Each edition features multiple small activities, and events like Mad King's Labyrinth, Roller Beetle racing on the Mad King's Raceway, a PvP mode called Reaper's Rumble, and the classic minigame Mad King Says, where players have to perform the commands given by the king quickly. Rewards in this event include minipets, Guild Hall decorations, weapon skins, and much more!

Finally, there's the Wintersday Festival that starts in December. Just like all the other events, it brings multiple fun activities. There's a jumping puzzle called Winter Wonderland, a tower defense mode called Toypocalypse, where players have to protect dolyaks packed with presents, and a capture the flag style PvP mode called Snowball Mayhem.

Beyond that, there's the Dragon Bash Festival. It doesn't happen regularly, as it's connected to some major events in the Living World story. It's a symbol of their fight against the Elder Dragons. The first edition took place in 2013, after the death of Zhaitan. The second one happened in 2019 when the players defeated Kralkatorrik. The events featured plenty of dragon-themed activities and Moa Racing. The rewards included a new minipet, many unique Guild Hall decorations, and gear skins.

If you want to make some GW2 gold in a short time, it might be a good idea to keep track of these events, as rewards can often be really valuable. Certain festival items can also heavily influence some market prices, so be aware of that.

The special events don't happen regularly, but they started to appear more often in 2019. Their rules are usually straightforward – players will receive extra rewards for taking part in certain activities. Some of the best examples of that are the World Boss Rush and Meta Event Rush. They provided increased drops for every player that took part in the action. Still, there also were community goals that provided additional rewards to all participants if they managed to reach them. In general, if ArenaNet gives out extra rewards for doing something that's not too overwhelming, it might be a good idea to take advantage of that.

Each explorable zone has at least one or two meta-events or event chains. They are often connected to a final encounter with a boss. All GW2 World Bosses are the last links in the meta event chains. You can check the timings of every boss and event chain on special sites with GW2 Event Timer. Some of the most fun and challenging chains in the Heart of Maguuma and the five locations inside of it: Auric Basin, Bloodstone Fen, Dragon's Stand, Tangled Depths, and Verdant Brink.

While these meta events are not going to make you extremely rich and farming them is not something that you should do for gold, many people will do them to unlock the achievements and learn more about Tyria and its inhabitants. Some of them can temporarily provide access to parts of the locations that are usually hidden. There are no rewards for completing these chains, but you will get a lot of experience and some nice drops from the singular encounters along the way. It's especially true if the meta event ends in a confrontation with a World Boss.

That's all the most important information about each kind of event in GW2. Make sure to search through our site, if you want to read more guides and other content about the hottest MMORPGs and other online games! 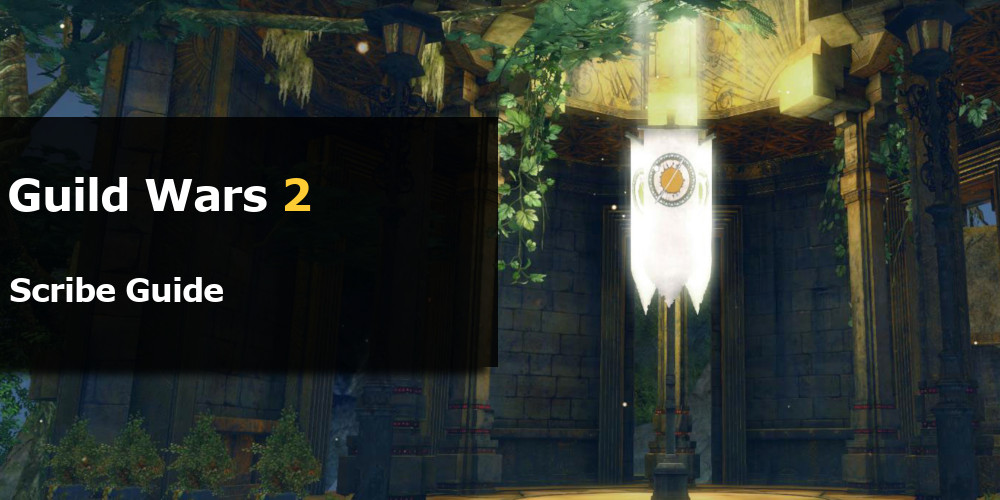