HearthStone Rise of Shadows - When the Good and Evil collides, which side will you stand on? 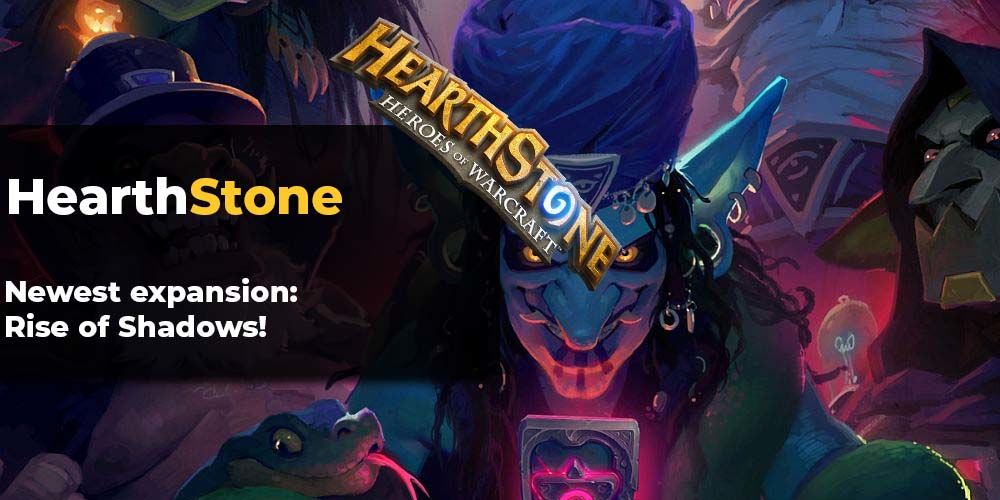 The new season is here. Spring is lovely this year... but what is this strange feeling? Arch-Villain Rafaam just assembled a group of a few cruel evil-doers, constructing a very unsubtle but devilishly true to their name League of E.V.I.L. Their truly evil schemes are already in motion, and it will take a group of courageous and pure-hearted Superhero group Defenders of Dalaran to bring down that terrifying EVIL force.

Blizzard Entertainment has just released a new, eleventh expansion for Hearthstone. “Rise of Shadows” launched today (April 9th, 2019), and boy oh boy do we have something to talk about. Hearthstone Rise of Shadows is a classic superhero movie trope expansion that will focus on the great eternal battle, Good against Evil, between League of E.V.I.L (evil guys) and Defenders of Dalaran (good guys). But that’s only the pre-assumption.

Expansion adds 135 new cards to collect, some with three new special effects, Legendary Quest Path for everyone to complete, a free Neutral Legendary card - Archmage Vargoth, some cards will be moved to the Wild Cards roster with the end of The Year of the Raven and the beginning of The Year of The Dragon, and there’s a new EVIL Single-player Adventure on the way, that should go live in a few weeks.

Not everything is Crystal Clear. Keep in mind that some characters might change, and no… TBA is not some arcane sophisticated name.

The First Expansion To Hit Everyone

HearthStone Rise of Shadows will be the first Hearthstone expansion that is released worldwide simultaneously. That’s right, it’s global. Every player is able to access new content at the same time, doesn’t matter if you live in America, Spain, or South Korea, you can play immediately after you download the update. 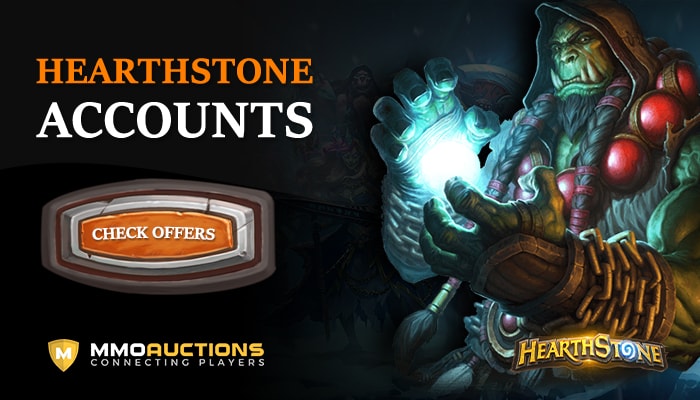 They might be little, but there’s so much of pure EVIL hidden in the corners of their little crumbling bodies. Watch your back and sleep with one eye open, with a powerful spell in your hand at all times cuz New Minions: Lackeys are on their way with their malicious intents.

New servants (or lackey guys if you will) from the barracks of The League of EVIL show up on the battlefield with 1/1 base stats and villainous 1 mana costs, bringing cruelly powerful side effects from under their sleeves to enhance the power of their masters.

What makes a good (EVIL) villain? Evil deeds? Evil Laughter? Epic EVIL Music ringing in ears when he unveils himself from the shroud of shadows and mists? No. Evil Schemes is the right answer. Evil Schemes that no one can predict, prepared uncarefully in the depths of thoughts of the darkest masterminds that have ever roamed our World.

New Spells: Schemes are truly powerful and evil. And every Villain knows that the longer the scheme is planned, the more cruel and EVIL it becomes. Hold these underneath your sleeve, and wait for the best time to unveil them. For every Scheme becomes more powerful each turn. This Evil Genius Rafaam’s Scheme implies that Chaos is best served cold… and EVIL.

Those puny Evildoers have violated the law! How dare they?! Serve them Your Justice through New Keyword: Twinspells. The greatest form of Justice always brings justice twice! Why bring a gun to a gunfight, if you can bring two? True EVIL never plays fair, and those Evildoers from The League of E.V.I.L won’t sleep, won’t eat, won’t rest, until they win. EVIL feeds them everything they need. Let us starve them through Justice!

Defenders of Dalaran show up with Twinspell cards, that when used, spawn another copy of themselves in your hand, for you to use again in the same or any other turn. Banish your foes and bring the better day. For People! For Glory! For Dalaran!

The City is calling for aid! Defenders of Dalaran need your help. EVIL grows stronger every day, and if we don’t stand up to it this will be the end of us. Grab your torches and pitchforks, provide shelter for sick and wounded, forge weapons for those who are willing to fight, pose as Training Dummies. You didn’t hear the last one.

Don’t fight for glory. Don’t fight for riches because you won’t get any. These are your gates that are being broken. Your houses they will burn. Your cards they will steal. Your women they will turn to the EVIL side. These are EVIL men knocking on our door. Survival of this city is in your hands! Let’s go and kill them!

Citizens of the Glorious City of Dalaran recruit new creatures and people to band together and fight EVIL face-to-face! Answer the call right now, and The City will surely return the debt one day.

They will have their revenge, and when it seems like it’s over, it’s only the beginning. Remember those Evil Villains from previous expansions? They are here. They are back. Revisit the long-forgotten villains and their newly acquired powers and evil deeds. Those fiends come back with a few familiar tricks up their sleeves.

Some cards from OMEGA, Treasure, and Forbidden card packs have been brought back to wreak havoc.

Finally. Our Quest Will Be Legendary!

Starting April 9, every player can log in each day during the launch of Rise of Shadows expansion to complete a series of quests to gain card packs to start out the new year of Hearthstone

Farewell Raven, A Dragon Will Take Your Place

Something ends, something begins. Sadly, we are forced to bid farewell not only to the wonderful Year of the Raven but to the Old Cards that will join the Wild Card roster, making them unavailable in Standard Play mode. Players will no longer be able to purchase Card Packs from several expansions: Kobolds & Catacombs, Knights of the Frozen Throne, and Journey to Un’Goro. Any cards from these expansions will no longer be available in Standard Play mode as well.

Year of the Dragon officially begins with the launch of Rise of Shadows Expansion, there are some big changes on the way. The game will stay fresh and become even more epic than it was before.

Each year some cards become the part of the history. But memories are not the only thing that we have left. This year, nine cards were marked to join the Hall of Fame, to let them shine in Wild Play.

Druids while having numerous ways of summoning minions and enhancing their statistics, they always lacked some kind of true, big creature removal. Naturalize was that one very risky tool, that would let a Druid player completely remove a minion from the game, while giving the enemy 2 draws as a compensation. To maintain the Druid’s identity, this card joins the Hall of Fame.

A true game-changer for many Warlock players and pro players that relied on summoning demons into the fray. We all remember how the appearance of this card in warlock’s hand before the deciding play would either win you the game or completely ruin your plan. High cost and drawback, but a really strong card that made some decks really viable. It’s a powerful Warlock card and it will still be a powerful card, as it joins the Hall of Fame.

We all remember this card in every aggressive Paladin deck. Whether it was a mid-range, face paladin, or murloc paladin, this card allowed Players to dish out everything they had in their hands, and then draw as many cards, equal to the number of cards that your enemy held in their hand. It was a game changer in the right situation, as Aggressive Paladin always had issues with card draw. Divine Power always had the potential to be one of the best, if not the best card with card-draw mechanics. For this reason, it joins Hall of Fame.

These cards were special in some way. Both based around the same idea, they innovated Hearthstone, to create playstyles never heard before. These cards could be really overpowered in some decks and they were so special, that Blizzard decided on adding them to Hall of Fame card roster, so they don’t overshadow new unique cards that The Year of the Dragon will bring in the up and coming months.

These cards were as special as previously described Baku the Mooneater and Genn Greymane. They were a huge part of Even-Odd mechanic, introduced some time ago in Hearthstone, and two main legendary cards for this tactic, these cards have to be slid slowly into the Wild Card Roster. These cards will shine in Hall of Fame as well.

Next big change is certainly Solo Adventure content. Blizzard will approach Adventure system in a new way, trying to bring something fresh and deeper into the table. Some employees claim that this might be the most ambitious Hearthstone project yet to date.

After countless positive reviews regarding Dungeon-like missions, Hearthstone team decided to bring some new content based on a similar idea, but just a little bit more enhanced, to satisfy all Card Masters. For you see, some people say, that Players will be able to custom-craft their approach to Adventures, with the ability to unlock different starting decks and special Hero Powers for each class.

Year of the Dragon will bring a brand new Solo Adventure about a month after Rise of Shadows release. Everything will kick off with a free chapter for every Player. We don’t know much, but if the rumors are true, there will be a new mysterious Mage character. And true fans of Blizzard games such as World of Warcraft and Heroes of the Storm should be able to recognize our new Hero with ease. Expect something exciting. Or expect a plot twist. Or not. Have it your way. But shhh, it’s a secret. We’re waiting for a grand reveal.

Each additional chapter will include two all-new characters for players to play as. Each will be equipped with three available Hero Powers, and four possible starting deck choices, so every player will find something for themselves.

Finishing each chapter will reward players with three Card Packs from the Rise of Shadows expansion. And for entire Adventure completion - Unique Card Back texture, with a Golden Classic Pack to open.

For the means of changing the experience and meta to keep everything fresh and exciting, Hearthstone team will rotate Cards available in Arena Play, by slowly adding new Rise of Shadows Cards. During the first rotation that will, of course, be VERY EVIL, HORRENDOUS, AND WITH MALICIOUS INTENTS, Players will have access to these sets during arena play:

- Whispers of the Old Gods

If you want to bundle up and get the newest cards don’t wait any longer and purchase the special bundle from the in-game shop. Get 7 Rise of Shadows pack, in addition to Two Bonus Packs and one Arena Ticket. Become EVIL or Join The Defending Alliance today with many powerful cards hidden up your sleeves. Choose fast, it’s not here forever.

Check us on our Facebook account, Twitter and find us on other social media on which we are set up on as well! Our site has to spread across all platforms to widen our community. If you are interested in classic and/or new games, like Overwatch, Destiny 2, Apex Legends, Fortnite, or if you want to know the newest event in esports, keep our website tabbed.

Now excuse me, I need to have a quick talk with Innkeeper before I join the totally-not-EVIL organization. I mean… before I defend the city. Maybe.

Check the link below to see the trailer. 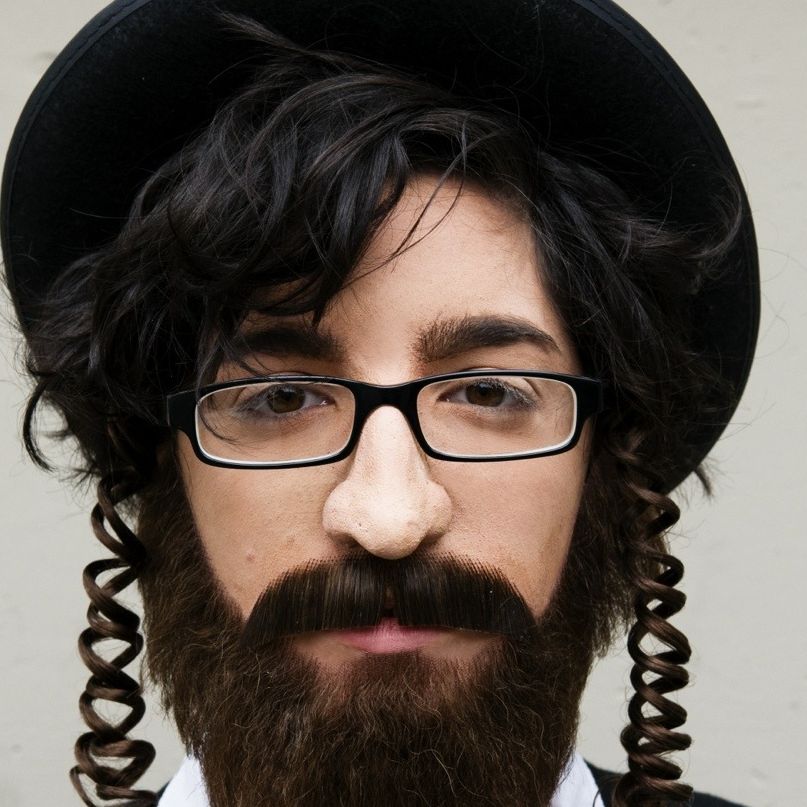