PUBG Rankings - Raise in MMR and climb the ladder! 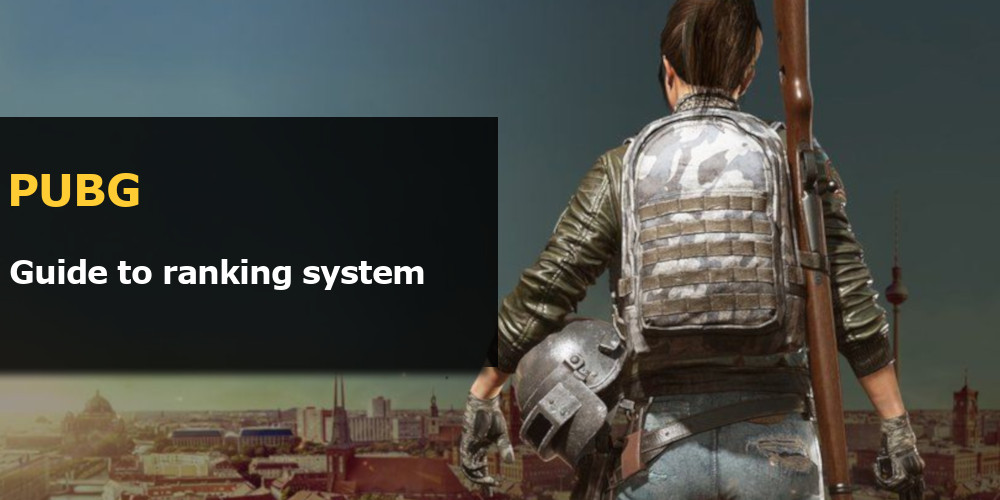 Everything about ranks in PUBG

In Playerunknown's Battlegrounds, just like in every other shooter, there is a ranking system that ensures fair games between players. To put it simply, lower-skilled players and those new to the game will be placed in lower rankings than professionals who have spent countless hours on the battlefield. If you are new to the game, you might be interested to see how this system works - here we are to explain it to you.

PUBG Ranking system gives players a way to show off individual skills outside of the actual gameplay. Each of the seasons marks a time when all players begin their leaderboard climb with ten placement matches that determine the skill level that they are in. After those, players will get a certain rank based on their performance. This medal can be furthermore upgraded or degraded depending on player's performance later in the season. One season lasts around two months. 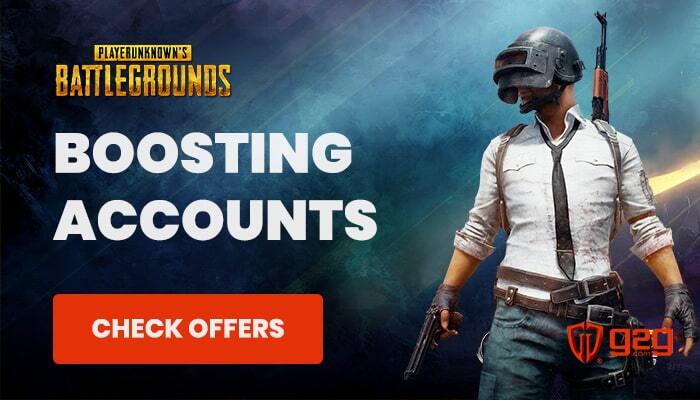 Rank Points are earned during the game. Players who perform well during the matches will receive more points than players who didn't do that well. Survivors that had a bad game might instead be downgraded to worse ranks. On your match, you will be placed against several other people from different skill levels. All their ranks are taken into the calculation to determine how hard your game was so you would get more points for a fight against tougher opponents and less for easier targets.

Multiple factors are taken into consideration during the rank calculation process; however, here is a very rough explanation of how this system works:

There are eight tiers of PUBG rankings. Each tier is a gap between points threshold that represents your current skill. During placement, your initial rank will be determined only by the first ten games; however, in the following seasons, your rank will be calculated by ten placement matches and your rank from the last season. Because of that, you won't be able initially to get to the highest ranks, but you will need to climb your way to that place slowly. Many players reside in ranks between bronze and platinum and only a small percentage of them can get higher than that.

There are three different queues for your ranks: Solo, Duo, and Squad. For each one of them, you will get a different ranking that won't affect others. Here is a graphical representation of ranks available in PUBG. 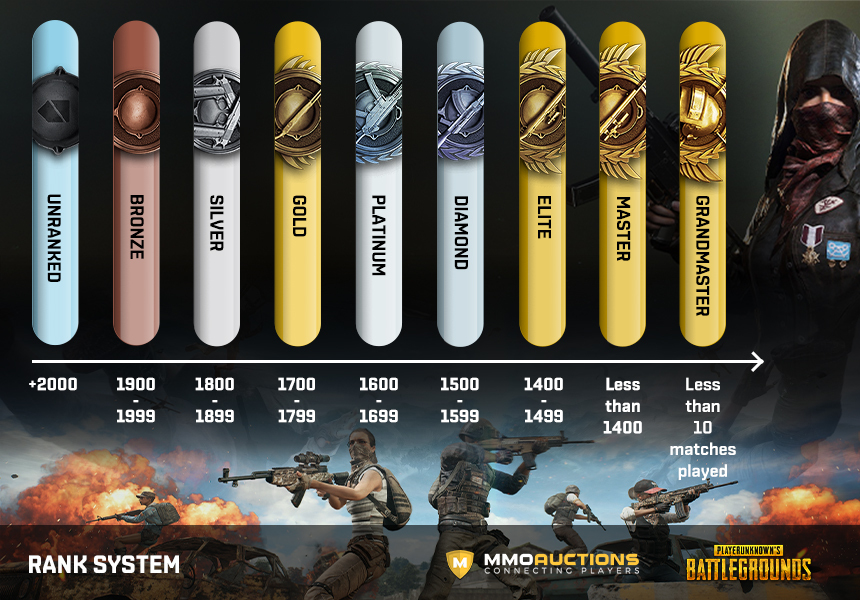 How to get better in PUBG

To reach for higher ranks in PUBG on live solo games, you have to be focused on your gameplay. Firstly make sure that your hardware and settings allows you to play smooth gameplay - 60fps and a decent mouse will be a great start. You do not need a top tier monitor and gaming keyboard to reach for the highest ranks. All that there is to get better in PUBG is patience. You will learn how to be better with each guide that you read, each video that you watch, and every game that you play. Do not rush for frags during the game. Instead, play steadily around the outer line of the circle and try to find better equipment in places that aren't too crowded. Rushing for clumped cities and towns where multiple cars are waiting might get you easily in trouble. Stay safe from danger but do not camp - you will have to keep moving forward to reach for better equipment. Do not be greedy for the loot and instead look for it in abandoned spots. Fight only when you are at the advantage and if you are one of the lucky finalists wait for others to reveal their positions instead of looking for them. This way you will be the one dictating the pace of the fight and you will be able to land your first shot on the enemy. It is easy to win but it is even easier to lose.

Our guide for playing in competitive mode at PUBG is closing to an end. We hope that your lone survivor skills will let you get a good Rank Tier placement in the Ranked System. If you want to read more about the game content and gaming in general, we have a blog page where you can find interesting articles and guides from the most popular MMO games of every region. See for yourself what you can read about - we are confident that everyone will be able to find something for himself.

MMOAuctions is more than just a news site for your favorite MMO titles. Here you can buy, sell and trade all in-game items like equipment pieces, currency and others. You can also exchange your accounts, game-related programs, and services if you wish to do so. Everything is completely free of charge, so list things that you do not need anymore and purchase those that you were dreaming about. It's plain, it's simple, and most importantly, it's free! We will take care of safety measures so you will be able to buy and sell what you need without risking anything easily!

Click here to jump straight into the MMOAuctions marketplace.

We are one of the most experienced gaming communities, so make sure to sign up to join other game-fanatics. Share your opinion about this article and our website in the comment section below and tell us what you think. Your opinion matters as we always want to improve our content.

What are the ranks in PUBG?

Those are graphical representations of player skill.

How do rank points work in PUBG?

The more Rank Points you have, the better the ranking "medal" you will get.

Do different queues share the same rank in PUBG?

No, they don't. Every queue has its rank.

All registered trademarks are property of their respective owners. All rights reserved. 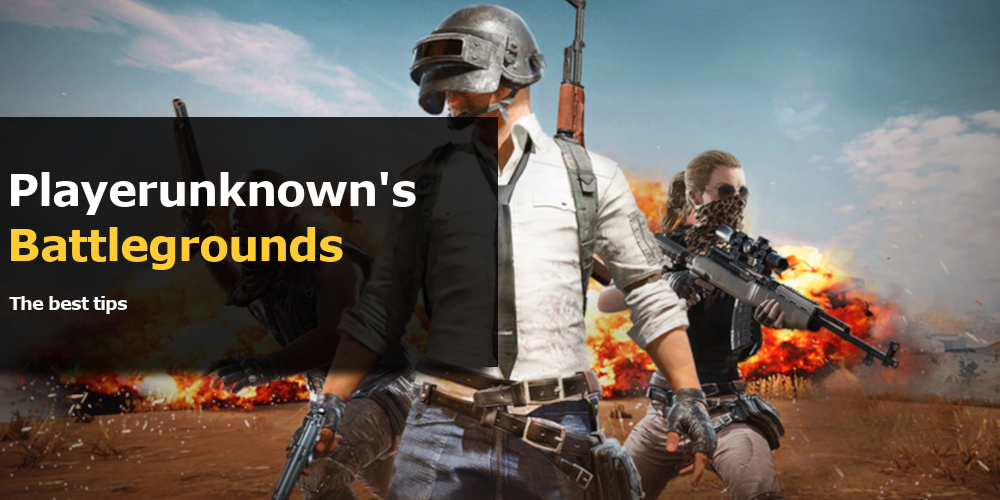 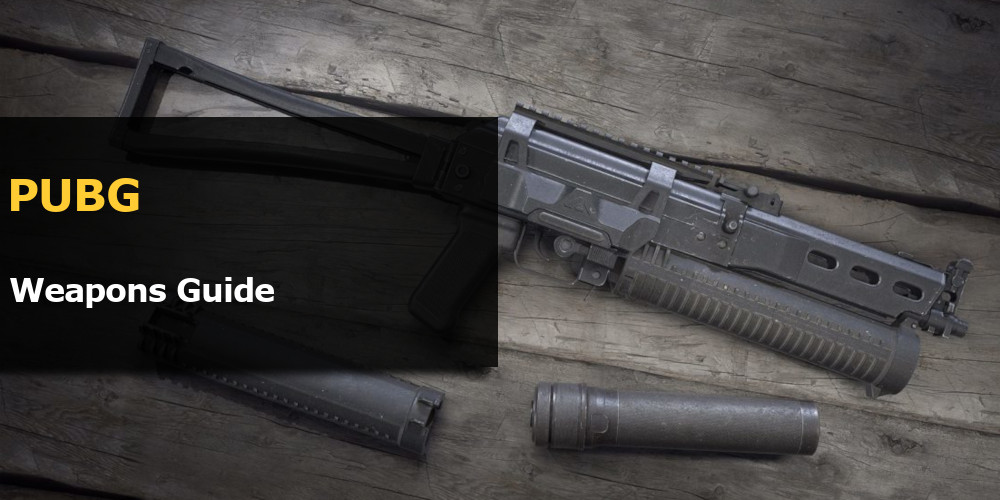 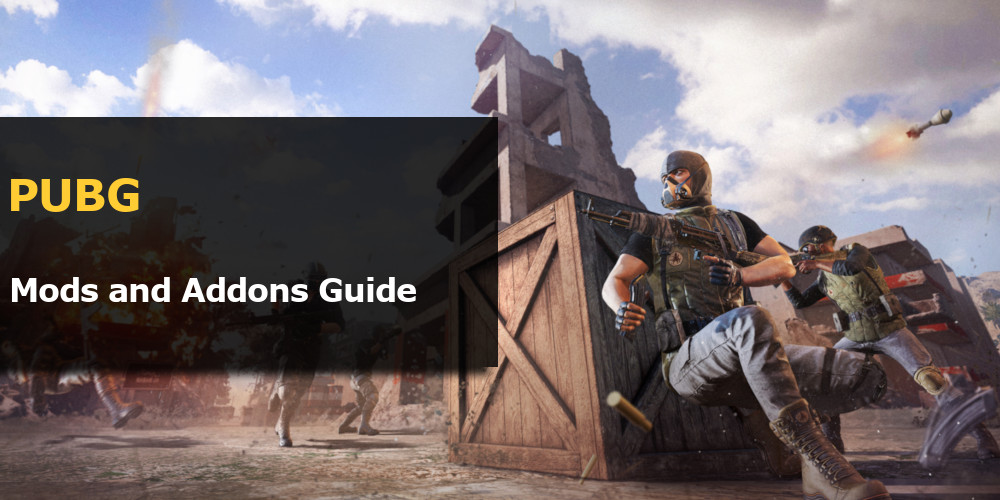 PUBG Mods - Everything You Need to Know!... 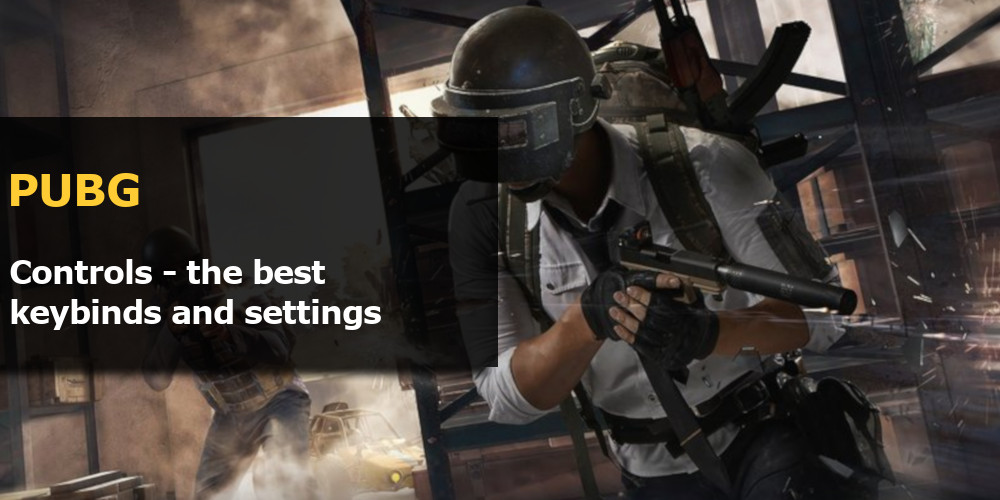