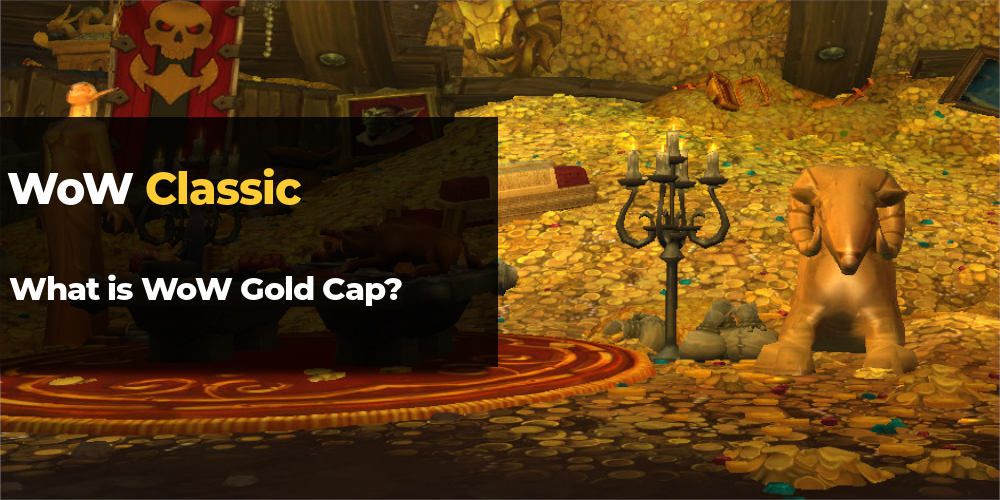 By the end of year 2018 the richest man on the planet was the owner of Amazon and Blue Origin, Jeff Bezos. His assets were estimated to be worth almost 150 billions of dollars (at least before the divorce). That's a lot of money. Probably he could have accumulated even more. Maybe in the future someone will.

But as for World of Warcraft we already know, how much gold can the richest character own.

What is wow Gold cap

Although it might seem that there’s always something to spend your gold on, some players seem to be industrious enough to amass wealth so big they reach gold cap which is exactly 9,999,999 gold that one character can carry in a bag or store in guild bank (and this distinction is important since some players utilize the so called banking alts that aside from carrying gold on them all the time also keep the maximal amount on guild bank balance). The real kick here is they are not cheapskates, they blow gold on vanity stuff all the time.

On the other side of wealth spectrum there’s almost every other player in the game - your average Anduin or Thrall - struggling to get that cool black JC panther mount or useful and flashy goblin exosuit. Although proper polls weren’t conducted among players for long time and Blizzard is adamant on not releasing data on that topic, from what people say on the web we can safely guess that players own under 100k gold on average (with some dips on arrivals of new expacs) and most are actually poor (if you can use that term in context of virtual characters with no need to eat or sleep).

So this means that probably you - the readers - are somewhere below the aforementioned amount, that’s a bummer isn’t it? Let’s change it.

how to earn gold in wow

So far you’ve probably tried to make the ends meet on quest gold, farming gathering professions, maybe even tried gaming the dreaded Auction House which - that’s completely understandable - scared you off since AH is complex enough to be its own separate game. And so you’ve wondered - sustaining your weekly raiding needs seems viable with this approach but how the heck are you ever going to afford those fancy mounts, toys, pets and transmogs which cost heaps of gold each? So well, here’s how. 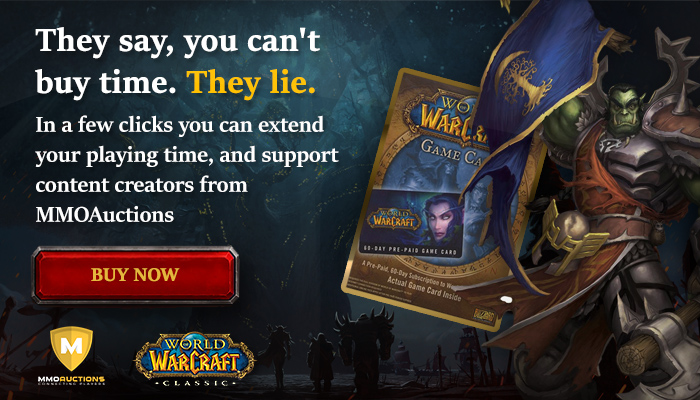 what are the Best ways of making gold in WoW

First of all we have to start with some simple stuff to have solid base for later - so don’t get offended if you feel like what we're going to list below seems obvious or condescending.

At first glance gold-making is pretty straightforward, players are limited to few options in terms of making a living, each with it’s pros and cons.

So to start the most popular one and sometimes - quite unfairly - perceived as the inferior one, something what newb would do. And to be completely honest with you - farming is not for everyone. Some people like to chill while killing some mobs, the other think of it as a second job. No matter what’s your take on that, you’re going to have to start here, there’s no walkaround.

There are few ways you can farm gold in WoW - kill mobs that drop rare and valuable items (e. g. toys, materials, equipment for disenchanting or scrapping). You can do this solo or in 2x4 setup which cheats the hyperspawn and drop mechanics - two teams consisting of four players each kill mobs in given area (e. g. Nazmir, south of Uldir or Vol’dun docks) and since any mob can be looted by 5 players, player from team A loots the dead monster spreading spoils among his colleagues, then player from team B loots it again (since he’s the fifth looter so he’s still able to do it) and thus spreads it among his group, effectively stretching loot limit to 8 players. This is a really powerful and efficient farming method, earning a lot of people heaps of gold from selling rare mounts and BoE’s.

Well if you don’t have friends to run with or for whatever reason feel like soloing mobs on and on is not your cup of tea you still have two other options left. One is simply gathering herbs and ores which are always in high demand (especially on raid nights and during expansion beginnings), once you get good at it don’t forget to buy and hop on Sky Golem which has some pretty abusive perks beloved by herbalists Azeroth-wide (and beyond!).

The other way is to run legacy raids and dungeons for transmogs because some of them still hold value to this day and let’s be honest - one-hitting everything in the range of your sight is an awesome power trip.

Much has changed in crafting business since good ol’ days of classic WoW and some voice their unsubstantiated opinions of Blizzard killing crafting professions but nothing could be further from the truth. Although no longer can blacksmiths turn ore in high-end gear, resourceful players can find a lot of niches to profit from. It is beyond the scope of this article to walk you through all the possible gold making setups but I am going to list general directions to look for.

These four took the hardest hit from various patch changes, nevertheless either solo or in synergy with other professions players are still able to make fair deal off them - think of various consumables created by blacksmiths, tailoring bags, lots of items destined to be disenchanted (you could sell them or DE on your own which is separate method of gold making which will be covered further down the line) and of course glorious Sky Golem mount.

Alchemy is no brainer - gather the herbs (or buy them on AH during weekends when they are cheapest) and sell them on raid nights for the highest profit. They are always in demand with the price changing overtime but if I had to choose this would be the easiest profession to profit from. Jewelcrafting is bit trickier since you have to know your markets, prospect ores and generally be slightly more aware of what’s going on in the game but it’s a fair job and it pays well.

Some say that enchanting remains unshaken by coming and going expansions, like a tower of gold in the middle of the deluge and well - that’s true. Enchanting offers players steady income either via Auction House or performing services since day one and nothing has changed in that matter. Actually, if you are serious about becoming rich goblin and reaching that sought after gold cap you must have an enchanter in your toon portfolio.

These are counter-intuitive and demand from aspiring goblin fair amount of gold but turn to be really profitable and straightforward - simply stock on basic materials that are gathered by NPCs in Warfront Contributions quest and sell them on Auction House when they are in high demand. There are of course several ways of approaching this - either you buy off stock from AH when its prices are in the lows, farm them on your own or hunt for deals on trade chat since farmers tend to sell them in bulk, almost always cheaper than current market price.

For some reason people tend to forget that under Blizzard rules performing non-profession services isn’t bannable offense (as long as WoW gold is traded and no real cash is being exchanged) and what’s more - it’s great source of profit. Rich players are happy to part with their hard-earned gold in exchange for power leveling, Mythic+ Dungeons and Raid carry runs and even PvP carry. Great deal of people made their fortunes on this, if you feel confident that’s a great way to earn starting capital and don’t feel overburdened by more gamey methods.

This one is underappreciated by aspiring goblins and wrongly so since this is a complex game of buying low and selling high.

Although hunting for great deals is the first thing that comes to mind, the basic tactics is actually to look up on some third-party site (like The Undermine Journal) for items that currently are sold for low price, buy them - and… disenchant them for profit. You wouldn’t believe how foolproof this method is. The better approach is to make those items yourself, cutting the costs and grossing even more.

That’s the entry-level shuffling. When they feel comfortable with the markets big boys like to utilize third-party Auction House mods (like TradeSkillMaster) to snipe (meaning looking for freshest postings) underpriced items, buy them and sell with proper value. Options are actually endless - you could affect markets by changing prices (but don’t try this if you are not really confident about trading), cause draughts, fight competition, some even report affecting raiding scene. Great stuff, really.

Road to the gold cap

As I said - earning gold is easy, you just have to put yourself to it, find your niches, build toon roster, understand the markets, learn to use third-party tools. This all of course takes time and requires some starting capital (hence my note that farming is an inevitable necessity), some wit in getting most of your professions might be needed too as some crafting deals are too good to just ignore them. All in all remember - just like in real life, there’s no (actually working) get rich quick scheme.

Where do I start, you might ask? Common sense approach would be to just go out there and farm but I would advise that aside from that get yourself familiar with TSM and TUJ, develop a habits of selling all raw materials that drop during leveling to people on AH and thinking about cost-effectiveness of your actions, set your goals realistically, be polite to others and most importantly - have fun with what you are doing. 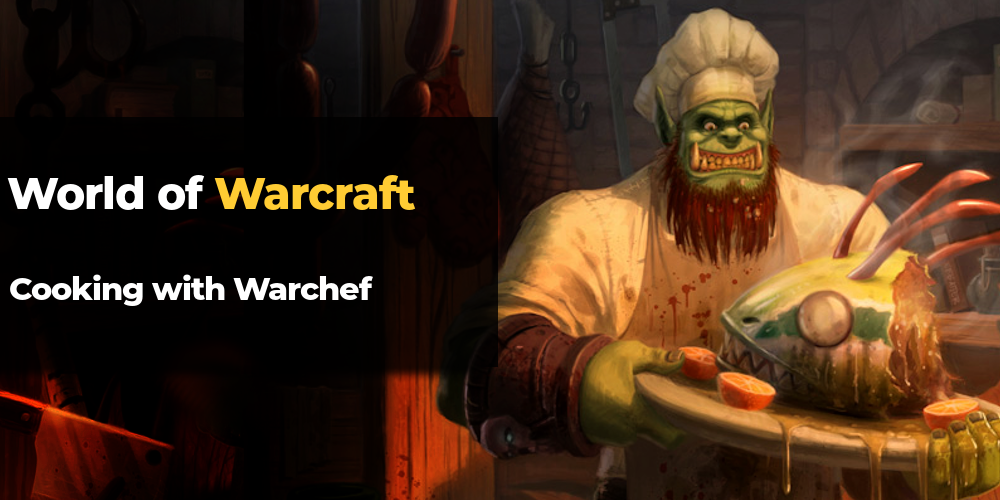 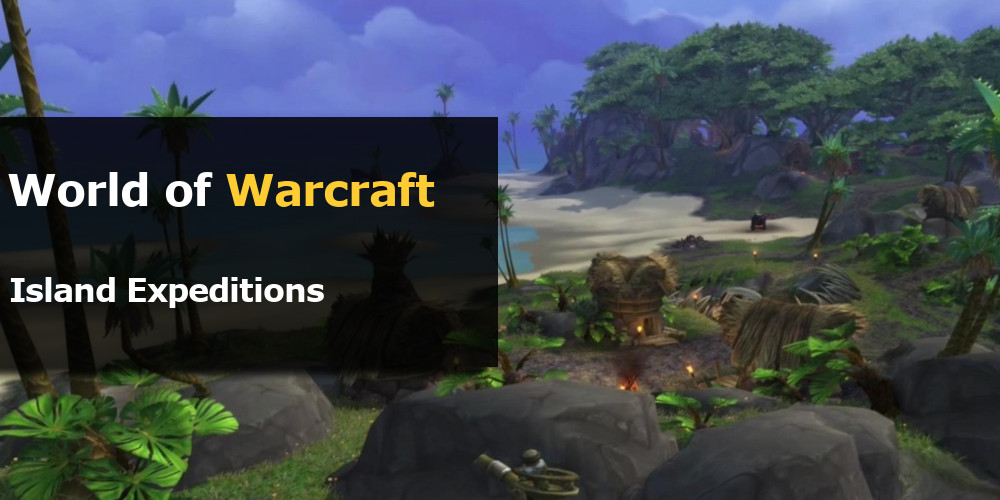