EVE Online Monuments - Read about the most interesting monuments 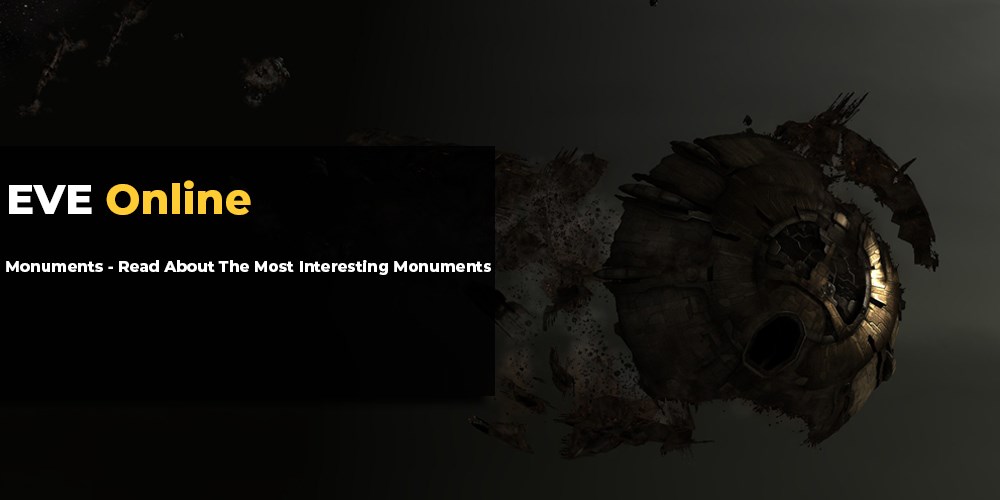 EvE Online has been around for over fifteen years, during this time many lore and player-driven events happened in New Eden some of which had been immortalized in form of various points of interests. In this article, we will go through some of the most interesting EVE Online monuments and tourist sites you can visit. 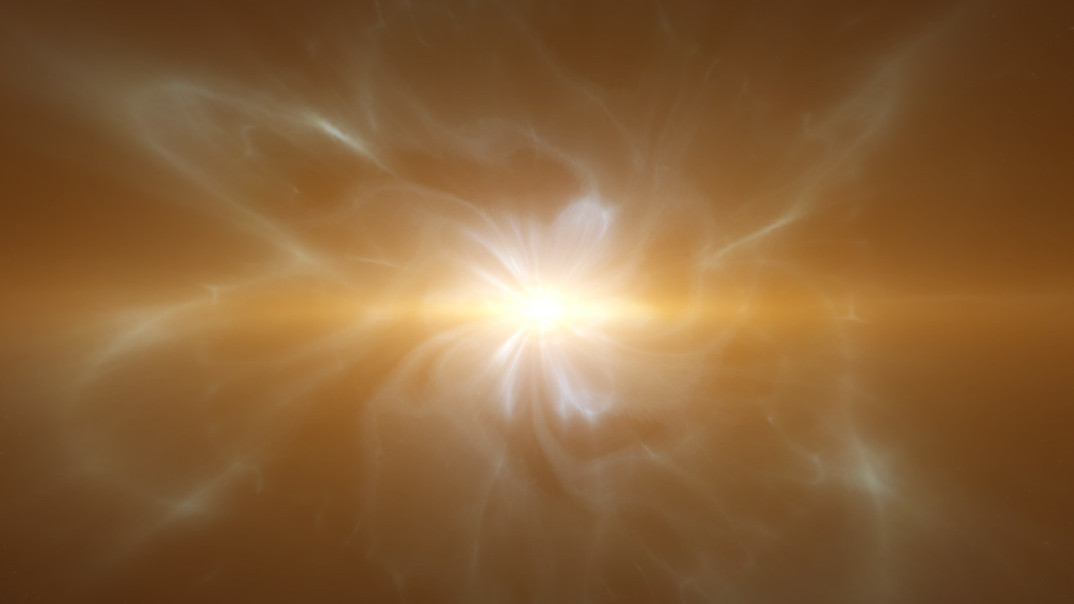 Place of pilgrimage for many capsuleers. The first and most popular tourist attraction of New Eden is located in… New Eden system. EVE Gate is where it all began thousands of years ago. According to the story of EVE Online, our ancestors from Tera ventured through a massive wormhole in search of new inhabitable planets. In this new uncharted area of space human civilization thrived on countless new planets until the wormhole collapsed and New Eden became separated from Earth. The collapse of EVE Gate sent a massive supernova that ravaged existing human colonies which begun an age of New Edens’ dark ages. What remains of this wormhole is a pulsating mass of energy. To see the EVE Gate players have to venture through a large amount of low-security systems to New Eden (0.3) in the Genesis region. 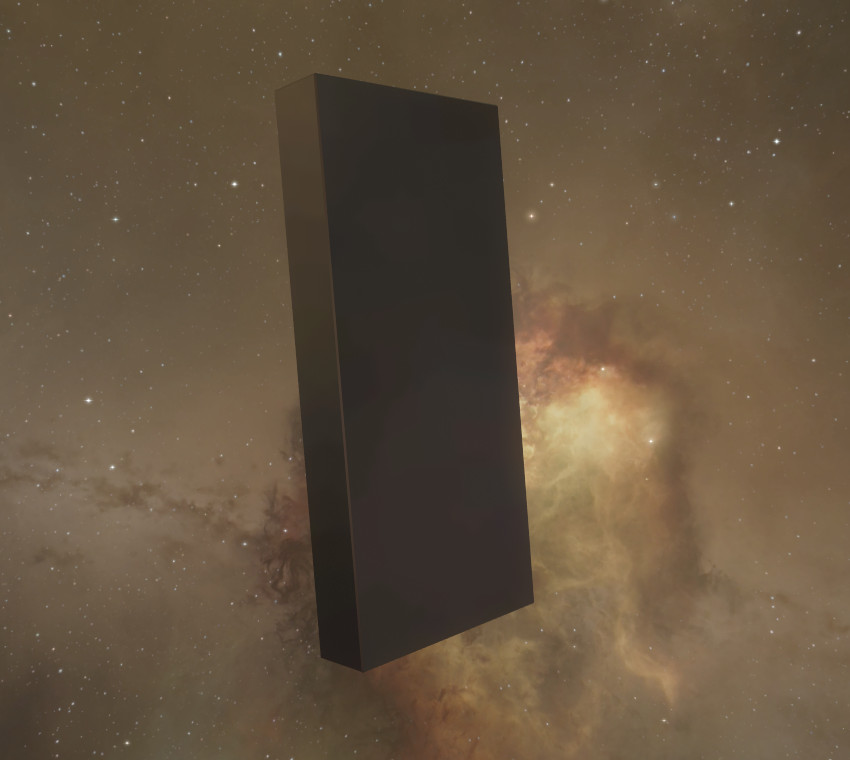 While visiting EVE Gate you can also take a brief detour to see one of the first monuments of EVE, the mysterious Monolith. Located in Dead End system Monolith is a perfect 1:4:9 slab of black metallic material. It is unknown when the Monolith has been placed there. For some, it’s just a tourist attraction for others its a symbol of religious significance, EVE archeologists believe that it has been placed there by Talocan (one of the four ancient civilizations of New Eden) but to what purpose nobody really knows. 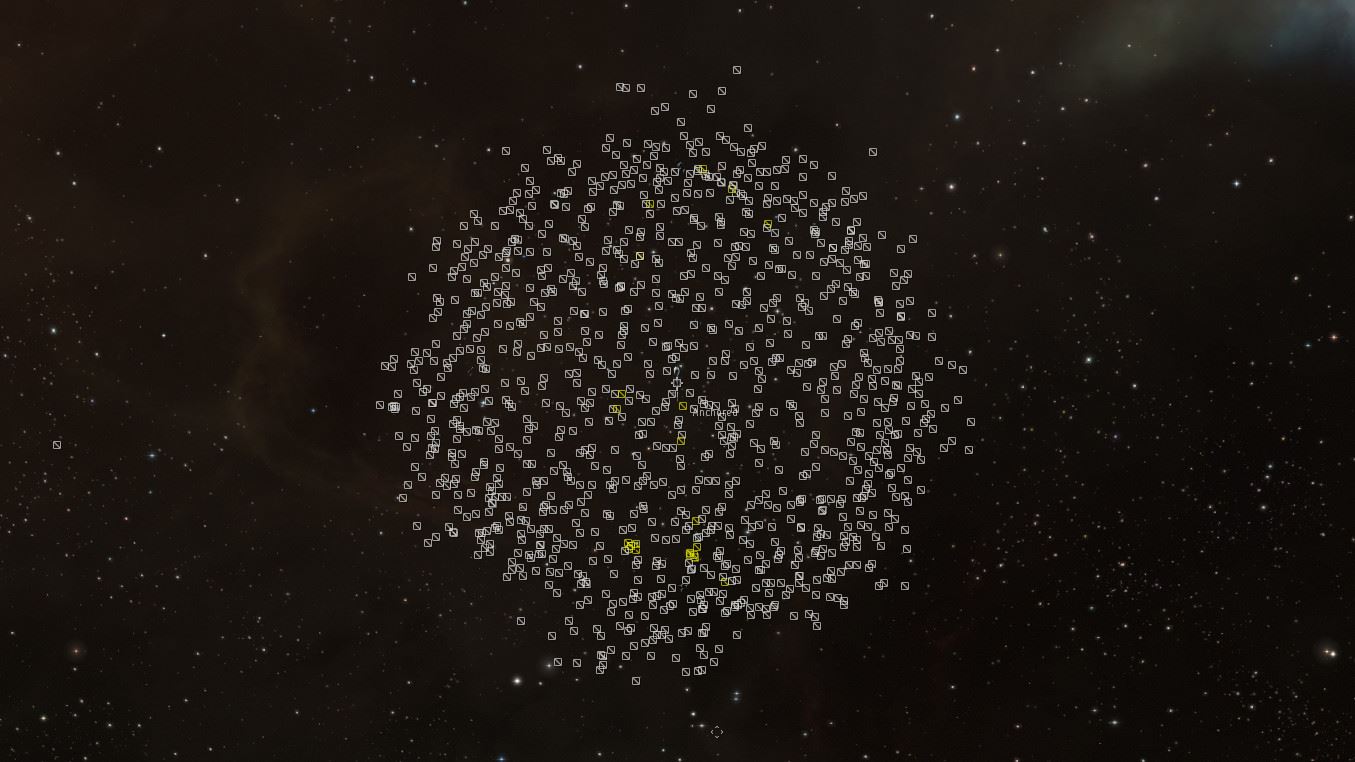 In a secluded system of Molea located in Khanid region, you can bear witness to one of the most touching player creations of EvE Online. Over years player known as Azia made grave keeping his EVE Online hobby. Collecting forgotten frozen corpses of fallen capsuleers and giving them a proper burial in his own “private” graveyard became a part-time fun activity Azia performed along with few of his closest friends. Word spread out and soon Azia became the “Keeper Of The Dead” people donated corpses to for proper burial. Over time it became much more, a place where players pay their respects to their deceased loved ones in real life. Thousands of caskets floating around that one small spot is a sight to behold. 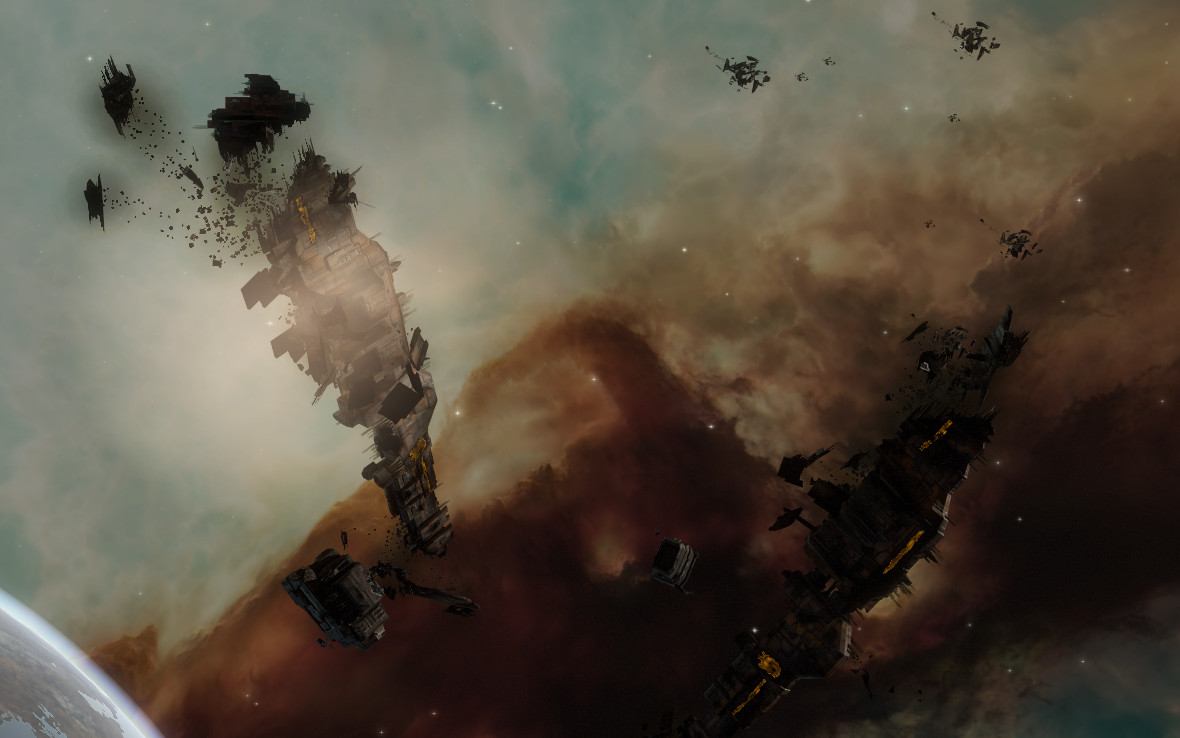 This massive ship graveyard was a battle site of the Elder Incursion War which started the Empyrean Age. Located in Kor-Azor Prime region is a testament to Minmatar defiance and Amarr resilience in facing assault by two different factions. The homeworld of current empress Kor-Azor was a place where Amarr empire made their last stand and emerged victorious against tides of enemies. You can find more monuments of Elder War located in Ami, Andrub, and Nishah systems. 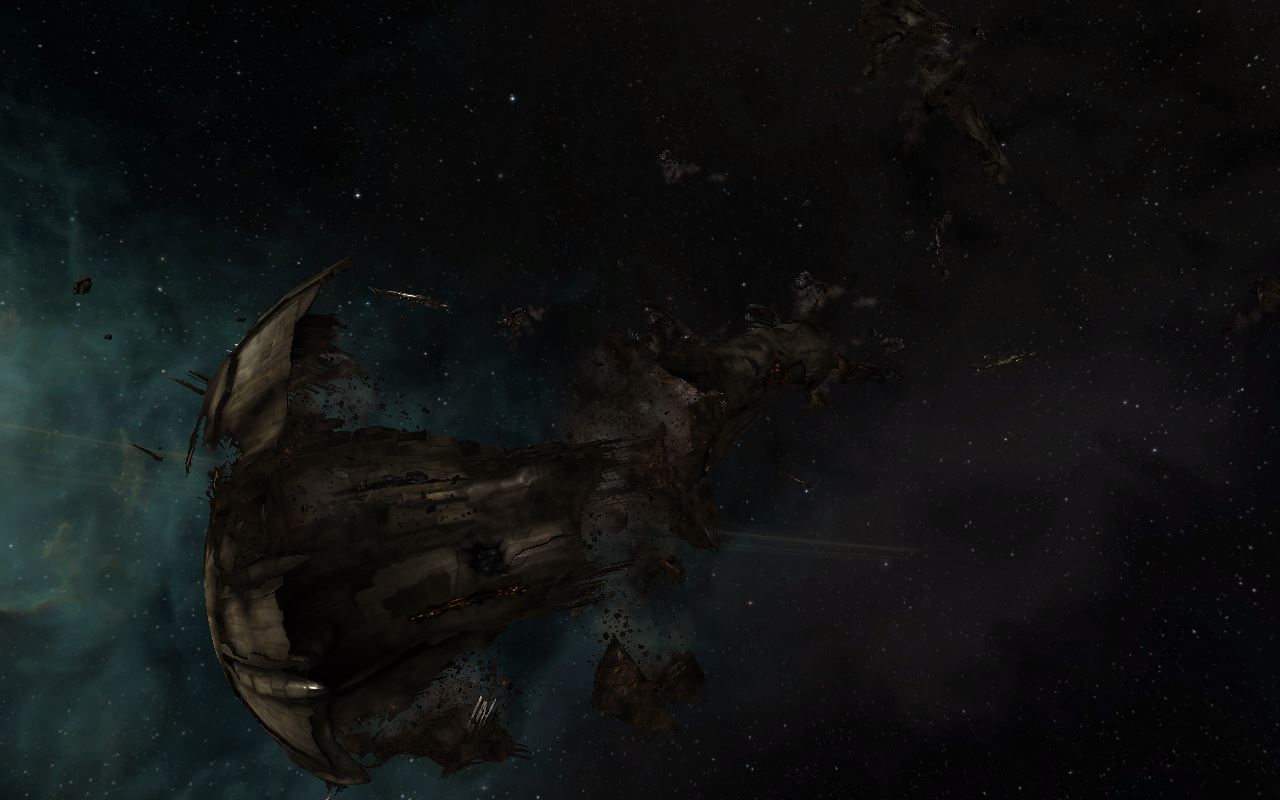 Also called Titan Graveyard. Is a site of a massive battle that emerged in B-R5BR. Perhaps not the most devastating fight in EVE history but the most significant one. This Titan showdown brought EVE Online wars to the mainstream media and has been covered even by such giants as New York Times. On January 27th, 2014 combined forces of CFC and Red Alliance invaded the Pandemic Legion staging area in B-R5RB in something called the Halloween War. After 12 hours defending forces finally folded. For that time the scale of devastation was massive, a total of 75 Titans, 13 Supercarriers, 370 Dreadnaughts, and 123 Carriers were destroyed which brought estimate value of losses to 11 Trillion EVE Online ISK (which at the time was worth around 300 thousand USD). 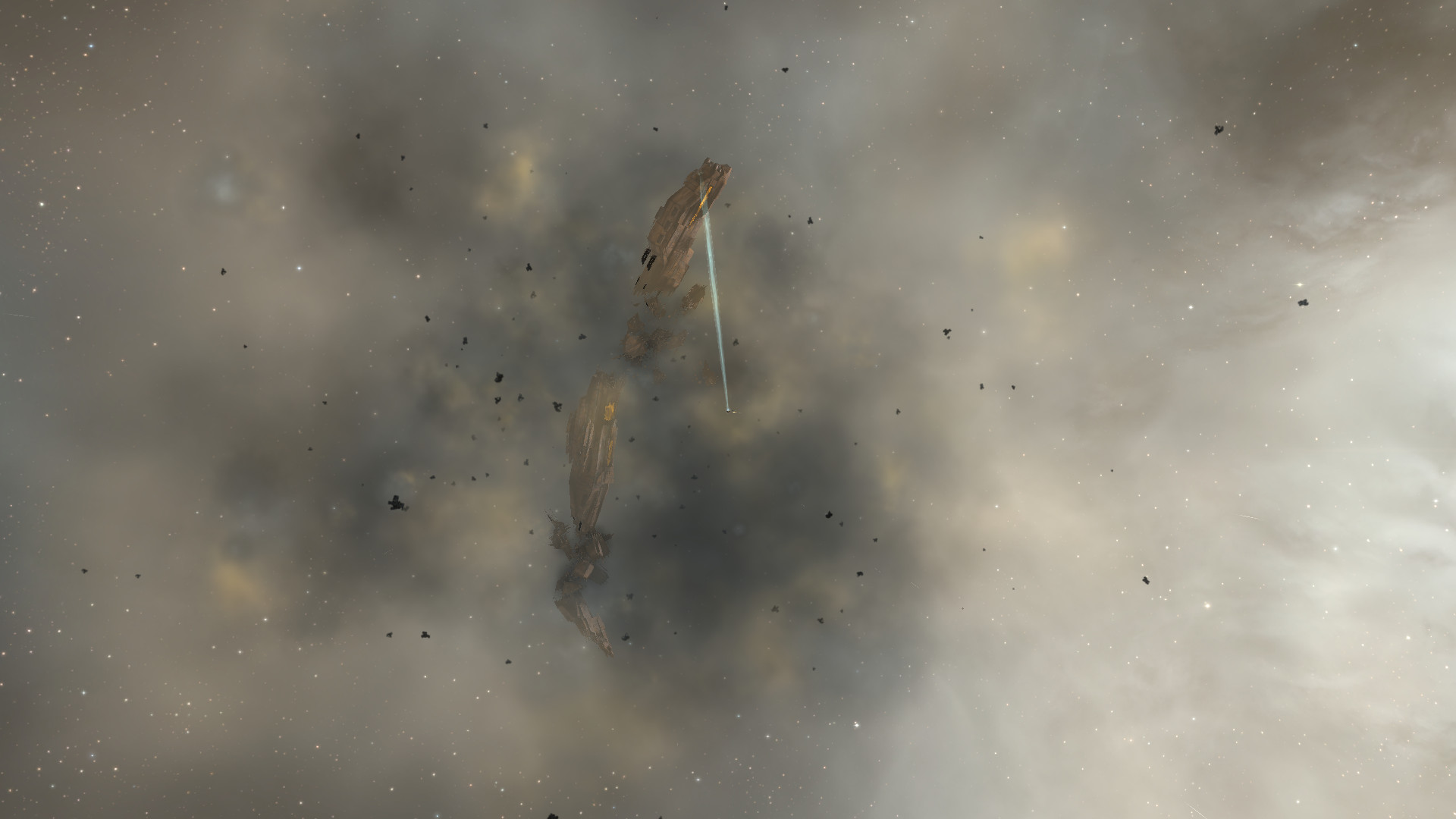 Probably the only Titan you will see outside 0.0 system. This derelict massive ship is an abandoned and salvaged hull of a Ragnarok class Minmatar titan. It is located in Ienakkamon 0.1 system in Black Rise region. 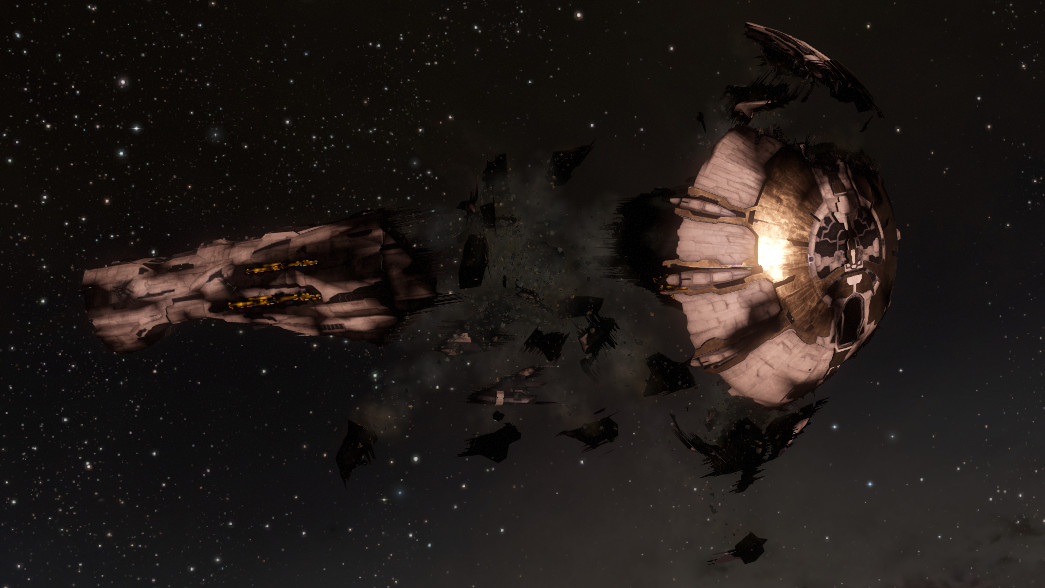 Sticking to derelict Titans. On 25th September 2006, an alliance called Ascendant Frontier deployed first ever capsuleer driven Titan from a shipyard in an AZN-D2 system. This Avatar (Amarr titan) piloted by CYVOK (leader of Ascendant Frontier) was a huge arms-race victory between the alliance and its rivals. Built in secret by three most-trusted capsuleers gave Ascendant Frontier the first weapon of mass destruction against their mortal enemies: Band of Brothers. A couple of months later BoB attacked C9N-CC system in Esoteria with a fleet spearheaded by their own Titan. Steve was destroyed in the onslaught and became first Titan destroyed in combat. The wreckage can still be visited in C9N-CC System.

So there you have it guys, those are few of the vast selection of monuments in EVE Online. Be sure to keep your eyes peeled for many tourist sites of New Eden’s rich in-game and player-created lore. As always, keep your D-Scans running and fly safe o7