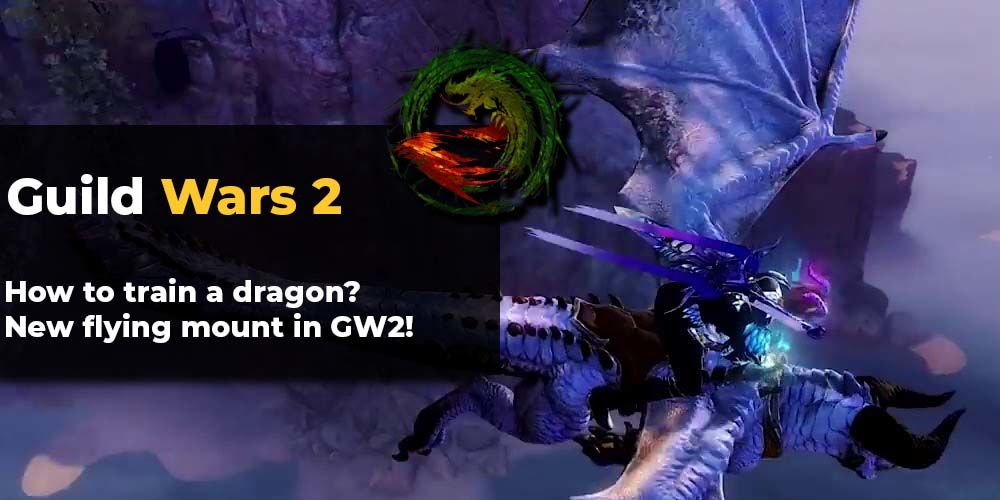 A new flying mount is coming to Guild Wars 2 - Skyscale! ArenaNet officially revealed that we will be able to get on the back of Skyscale – the first dragon mount in one of the top MMORPGs. At the same time, it’s the second flying one after the Griffon that was introduced in the Path of Fire. The dragon-themed mount was long awaited by the GW2 player community.

Skyscale is supposed to be a bit slower, but more versatile than the last flying mount. Developers compared him to a chopper or a helicopter that doesn’t need any airstrip to take off and can easily gain altitude in almost any situation, while Griffon is more of a jet plane, it can go really fast but has some other limitations. ArenaNet wants each of the flying mounts to have their own unique identity.

There’s more, Skyscale is able to climb vertical walls and adhere to them, to regenerate endurance that will enable it to fly further. The dragon will also be able to jump up the wall. It has another interesting feature - Skyscale can also breathe fire. The moment you dismount it will scorch your enemies. As you can see, the age of dragons is not stopping in GW2!

Experience the next GW2 episode

There’s no official release date yet, but we know that the new flying mount will be available in the next content update – the episode  6 of the Living World fourth season, which will be the season’s final one, called War Eternal.

Finally introducing a dragon mount fits really well with GW2 recent storyline. To be fair, from the beginning Elder Dragons were playing a huge part in the story, but the fact that one of them – Kralkatorrik remains the main enemy in season 4 just adds to it. There’s also the somewhat unexpected turn of events surrounding Aurene in the last episode’s ending. 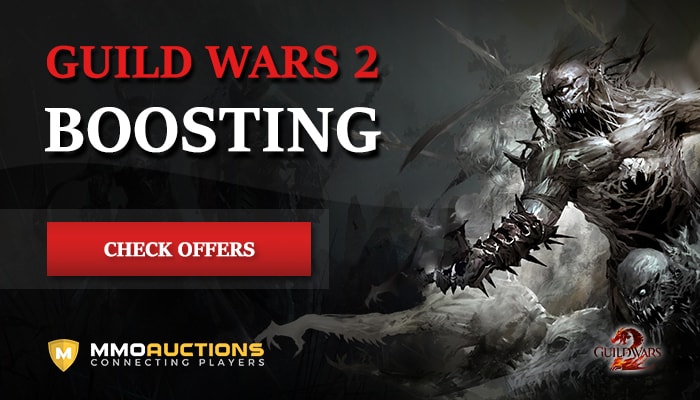 The trailer also gives us a first look into the super exciting new map that will also be introduced in the new patch. There’s not much to go on about at the moment, but we’ve seen some mountains and marshes. But the most interesting things were the bear ghosts. They might indicate that a new update will focus on unveiling more about the Norn and their lore. We would definitely like to see what the full map is going to look like.

After all, the reveal of Skyscale mount that happened on April 9, 2019, is just another thing to be excited about in the Guild Wars 2 near future. Developers recently shared an overview of their vision of how they want to direct the game. There are no game breaking-level changes announced, but we, along with many other players, can’t wait to play through the next episodes of the story of Tyria. GW2 still has a long life ahead of it and we intend to enjoy every new piece of content!

If you're interested in trying out Guild Wars 2, make sure to check out our GW2 Classes Guide as well as other guides. The content will definitely help you with gold making and leveling so that you don't need bots. There are a lot of interesting news articles and guides posted on our blog! Make sure to visit it for some useful gaming knowledge and notes!

Don't wait and watch the YouTube video that reveals GW2 Skyscale if you haven’t already and see what the hype is about! Believe me, the mount is pure gold and will make a fine addition to your account.