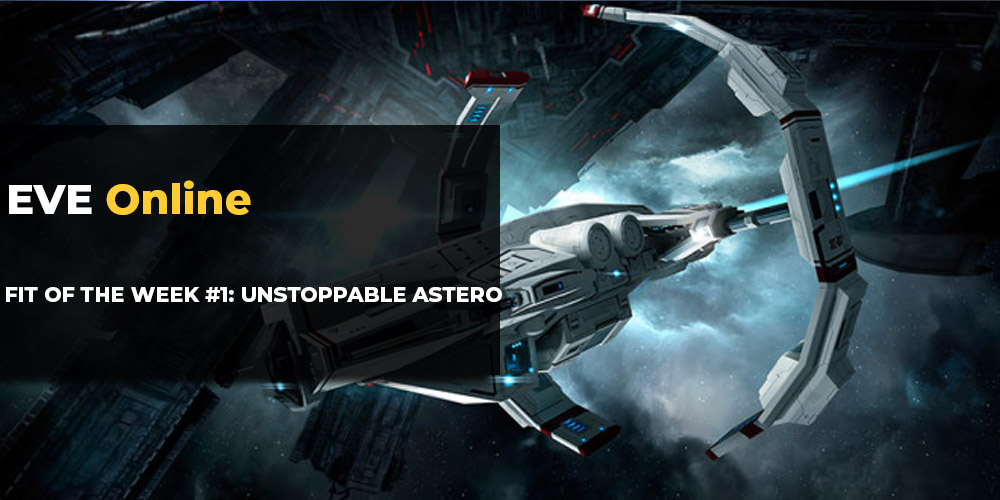 I chose Asteros as a ship to kick off the series because it is fun to use, quite easy to skill up and can introduce new...ish players to the amazing world of space exploration. Problem with Astero is that it is a heavily specialized stealth and a hacking frigate with no real firepower outside its drones.

With seriously limited targeting range you will have drone, armor tanking, and navigation skills highly developed before you can put your Astero into PVP encounters vs. other explores. You may stand a chance vs. T1 or even T2 exploration frigates but why risk it? That's why I've came up with a quite cheap setup for this ship that will prevent young explorers from being locked down, scrambled, and jammed. Utilizing ships great inertia, warp speed, and speed will help you get out most sticky situations unharmed.

Nothing unique here, Sisters of Eve probe launcher with SoE probes for that extra scanning strength and a cloaking device. In the loadout below I'm using a T2 cloaking device.

As you can see in the picture below I have left two slots empty mostly because lack of CPU but you can also see that I have chosen the highly expensive double-hacking module, I did this just to show you guys it is an option. Cheaper and more reasonable loadout would have one data and one relick hacking devices instead. Double module I am using is Ligature Integrated Analyzer, it has 2% weaker access difficulty bonus then Zeugma but is also half the price. If you want the very best go for Zeugma, altho be advised that integrated data miners require high hacking skills - Hacking V and Archeology V.  Since we will only jump from can to can and flee hostiles Microwarpdrive has a clear advantage over Afterburner. I could fit a Cargo Scanner module to cherry-pick the valuable cans on the site and leave the trash ones but I didn't for one reason:

Some may say "oh but EvE is a PvP game and if I will leave a data site with nothing but trash loot in it I'm gaining an advantage"  - over whom may I ask? Some imaginary explorer that is doing data sites for some mad bucks? Let's be real here! You wouldn't like to encounter trash sites by yourself now, wouldn't you? Hack and let hack! But enough of my rambling about space Savoir Vivre. Let's get down to the most important parts of the build.

Low Slots:  Pretty straightforward, our plan is to flee, not to engage, that's why we have no need for extra armor, resistances, and damage control we have one goal - run away and it is extremely difficult with our warp drive scrambled. Since there is no better way of resisting scrambling than stacking Warp Core Stabilizers that is what we are going for.

Rigs: Rigs are also pretty straightforward. A small Gravity Capacitor will enhance what the ship was made for - scanning. Two Nozzle Joints will enhance the agility of our ship, greatly reducing the time we'll need to align and warp the hell out of the spot should the things go south. It's important to note that having 2x T2 Small Low Friction Nozzle Joints will take 150 calibration, leaving us with only 200 left, that is why the fit has T1 Gravity Capacitor instead of T2.

Drones: Since you are not going to fight you don't really need any combat drones (unless you plan to venture into wormhole space and expect some rats on the site) but if you feel like you do there is extra space for five valkyries. What we need the most are our Hornets! Are things getting hairy? Somehow your ganker managed to scramble you? Don't worry, drop those babies on top of his as.....tronautic ship to break the target lock. Simple - if someone is fitted to counter 4 warp core stabilizers he will not be fitted to counter five ECM drones.

And there you have it, a simple build for Astero that will allow you to jump in, hack those containers and get out unharmed no matter how hard someone tries to scramble or lock you. During your exploration, you will often find yourself carrying cargo worth way more than your entire ship, risking a fight loaded with treasure is borderline irresponsible, avoid that and remember... FLY SAFE!