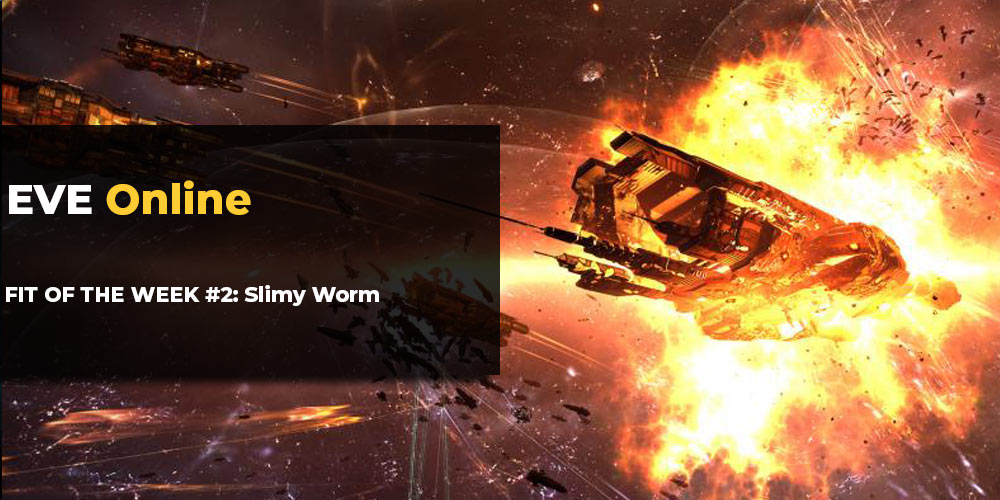 With the deployment of latest patch Arms Race EvE's PvP scene has changed forever.  Free accounts can now fly faction ships, use T2 rigs and ammo, amount of skills at their disposal has been expanded greatly. Formerly Alpha accounts were nothing more but a space dust, now they can have a significant impact on PvP. This week we will take a look at a relatively cheap pirate faction frigate capable of dealing huge amounts of damage quickly - Worm.

Worm is a very special ship, being a Caldari in design one would expect a bunch of buffs to missile damage output yet it's the 300% Light Combat Drone damage bonus that makes this frigate amazing gank-and-spank vessel. With T2 fitting ranging around 80 million ISK (without ammunition), it's one of the cheapest and most effective faction frigates. A fleet of those bad boys can ruin much bigger and way more expensive in seconds.

To fly the hull alone you will need Caldari Frigates and Gallente Frigates at, at least, level III. But the proposed fit is (almost) full T2 thus it will need some more skills. First, you want your points at T2 which requires only Propulsion Jamming at lvl 4  for both Warp Scrambler (available at lvl 2) and  Statis Webifier (available at lvl 4). For Republic Fleet SSE you need shield upgrades I but it's advised to get it to at least lvl 4 for reduced power grid usage. Microwarpdrive II requires some training since it requires High-Speed Maneuvering at lvl 3 but you can easily replace it with a faction or T1 counterpart.

The most skills will be required, obviously, for your launchers since you need to get your Rockets to lvl 5 to get Rocket Specialization and unlocking T2 Rocket Launchers. Apart from being able to use and shoot rockets, it would be great to skill up few missile support skills to further enhance your damage output. When using rockets rate of fire is important, that's why you want Missile Launcher Operation and Rapid Launch at lvl 3-4, Warhead Upgrades will boost your damage by 2% per skill level so you want to get this to at least level 4. With your Rockets at level five, you could also get Rocket Specialization to levels three or four.

Last but not least Drones. Since this vessel gives a huge boost to drone damage, your little, automated wingmen will contribute towards at least half of your DPS. You want your drones to deal as much damage as possible. Start things off by getting your Drones and Light Drone Operation to level V and then have every race Drone Specialization (Minmatar, Amaar, Gallente, and Caldari) at least at level 1. Secondly, invest some time to get your Drone Interfacing and Drone Durability to at least level 4. To boost the damage of your minions you want to have T2 Drone Damage Amplifier which will require you to skill Weapon Upgrades to level 4.

There are few modifications you can make to this loadout. Firstly Microwarpdrive is more a fleet thing than a solo. In a 1v1 scenario, it is very likely that someone will counter scram you disabling your MWD making you lose your distance control, ideally your target will be webified already so you have no need to chase him down.

When it comes to ammo and drones always prepare and adjust. If, for example, you want to gank some Astero busy hacking a data site do not use Warrior drones, instead switch to Amarr Acolyte II since the astero is probably shield-tank. Since you can only have 2 drones active in space you can carry two different sets of drones and adjust them accordingly. Same goes for ammunition. Even tho alpha clones can now use Tech2 weapons, for pvp it is often advised to go with a faction version. Caldari Navy rockets are relatively cheap.