EvE Online: Prepare yourself for the Abyss 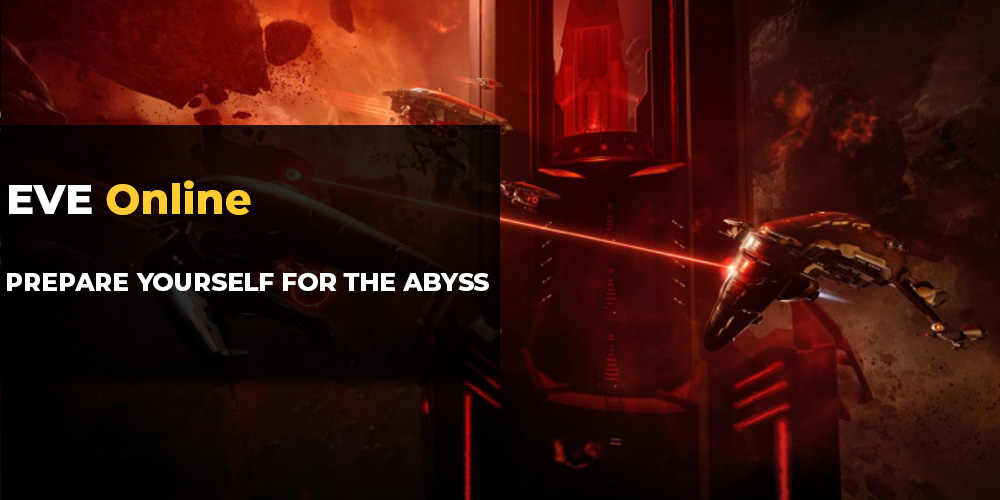 It's just one day before the next EvE Online expansion Into The Abyss goes live along with its highly anticipated Abyssal Deadspace solo PvE instances. Those new Triglavian pockets of space and time are intended for players of all skill levels allowing even beginners in Tech 1 cruisers to enjoy the first tier of those "space dungeons". In this article, we will brief you on what to expect and how to prepare for the upcoming patch.

What are we going to find there?

Each Triglavian Collective site consists of three randomly generated deadspace pockets that have to be completed within 20 minutes. After the time passes pocket will implode destroying your ship. The possible rewards include blueprints to build player-controlled Triglavian ships and plans for Entropic Disintegrators (a new type of energy weapon) and Mutaplasmids that can randomly modify the stats on existing items.

Abyssal Filaments needed to open the Abyssal Deadspace will be found in Data and (possibly) Relic sites around entire New Eden, the only other way of obtaining a filament is by looting a container in Abyssal Deadspace pocket. So in preparation for that, you will need a fitted exploration ship and go hunt for those data sites. If you will be exploring just for those filaments pick up a cargo scanner, scan the containers on the data site and just hack the one containing the filament.

There are a total of five different abyssal filament types that lead to pockets with different properties, so you can prepare ahead for the dangers lurking within. Ship loadout prepared for "Electrical Filament" will be different from a ship going for "Gamma Filament", altho it is possible to create a jack-of-all-trades ship for lower (1-3) tier Deadspaces such setups won't be very effective.

Four out of five filament types give a penalty to one specific resistance that applies to both: your ship and enemies within, so you can use this to your advantage. For example, Firestorm Filaments will reduce thermal resistance and increase armour hitpoints, perfect ship for such pocket would be something with high base thermal resistance and good thermal damage with decent armour tank like Deimos or an Ishtar. Gamma filament will boost your shields but ravage your explosive resistances so a shield-tanked Drake with explosive missiles would breeze through such instance.

Few Abyssal Deadspace pockets will contain Deviant Automata Suppressor structure that deals damage over time to any nearby drones. Those structures are pretty tanky and if you plan to destroy it in order to safely deploy your drones it might turn out that you'll run out of time. If you are running a ship that depends on drones to deal damage, simply fly out of range of the Suppressor and wait for the enemies to approach you away from it. Use strategic overlay map and monitor your drones, do not them go astray as you can lose them very fast. Navy drones would be your best pick for this, even though Augmented drones deal more damage, the extra hitpoints on Navy variety will give you some time to react before Suppressor wipes your drone fleet.

Before entering Abyssal Deadspace, or before going from one room to another switch your ammo to the longest range. Your enemies will always spawn 50km away from you before they start their approach so this gives you some time to shoot few targets down before the actual fight begins. After you land your top priority should be identifying what kind of effects are in motion so you can use them to your advantage. Blue gas clouds will increase the signature radius of anything inside by 300%, Automata Suppressors attack drones and MultiBody Tracking Pylons boos all turret tracking speed by 60% if any of those bonuses will benefit you more than harm you just rush to them at full speed before enemy will tackle you down.

If, for example, there are plenty hostile frigates just head for the blue gas cloud to easily hit them with medium cannons, if you are artillery, or any long-range gun user just rush towards the tracking pylon to hit small fast targets. There is no telling what structures will appear on the site so you have to recognize them immediately as Abyssal Deadspace is basically a race.

How to recognize enemies in Deadspace

You can easily identify your enemy by a prefix. For example, Triglavian Collective ships with prefix "Starving" will have energy neuts on them, "Harrowing" will deal heavy damage. Expect warp scrambles and webs, painters and weapon disruptions. Memorize each prefix and what they do so you can assess the threat better in the future, higher tier pockets. Some Triglavian ships will launch drones that are viewed on the overview under Abyssal Drone type. Destroying the controlling ship will make those drones inactive. So when designing your ship remember that focusing on DPS might not work in case of Abyssal Deadspaces, you need to be prepared to kill a wide variety of ships from frigates to battleships with a huge range of damaging and e-war capabilities.

There is not much time left to prepare so start building up a fleet as the rewards from the Abyssal Deadspace will be multiplied on the launch day!