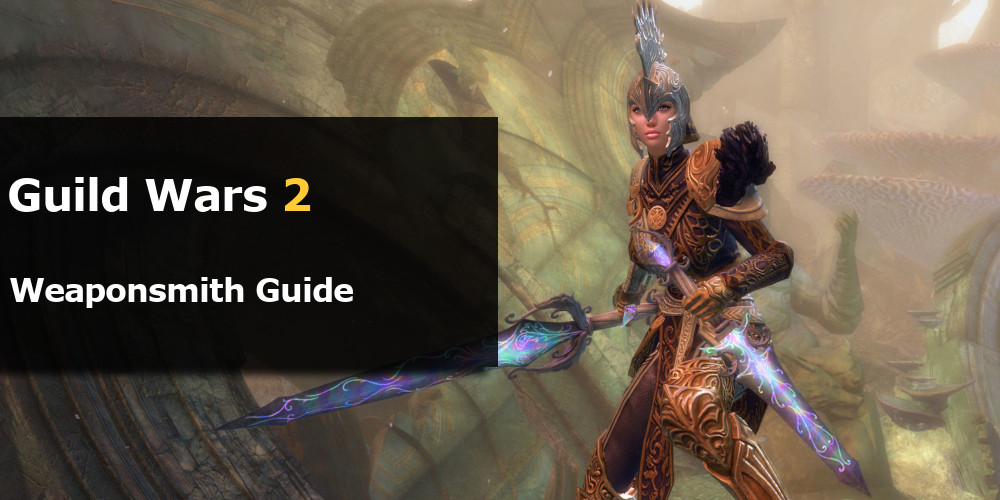 This Guild Wars 2 crafting discipline is responsible for producing melee weapons. It’s extremely valuable due to two reasons. First of all, it’s a really wide category of items. GW2 Weaponsmith can produce seven different weapons and shields. It’s the highest number among every weapon crafting discipline.

Secondly, melee weapons are consistently providing the highest damage numbers in the endgame content for most of the builds. There are very few non-support meta builds that don’t use any of the items that can be crafted by Weaponsmiths. If you want to play damage dealers in some of the most challenging GW2 content, this crafting class can definitely prove to be useful!

Crafting any kinds of equipment in GW2 is mostly useful in the endgame. You can, of course, produce an early or mid-game weapon for your own use and run around the open world cleaving enemies with it. That being said, there’s absolutely no money to be made from Weaponsmithing before you get it to level 400.

Just like every other crafting disciple, Weaponsmithing has a few recipe tiers. Levels 0-75 are Novice, 75-150 are Initiate and 150-225 are Apprentice. Level 225-300 crafts belong to the Journeyman tier. 300-400 are associated with Adept status. 400-499 are Master recipes and level 500 is for the Grandmaster Weaponsmiths.

Not that many players are going through the leveling process in the old fashioned way. Tomes of Knowledge are extremely common now, and they catapult a character straight to the level cap. There also are some other sources of experience - some players actually level their crafters to get to a higher level.

At the same time, people have to produce low-level gear in order to level up their crafting disciplines. This leads to tons of these junk items being everywhere. Supply massively outgrows the minimal demand, which makes these weapons and armor pieces worth even less.

While early game crafting is just a useless part of the combined deal, getting to 400 level is a huge milestone. At this point, you get access to crafting really strong Exotic weapons as well as various superior sigils that are necessary parts of every endgame build.

This is the most important point, and a lot of players stop there, at least temporarily. The Exotic tier is pretty strong, even in the challenging endgame content, while it’s much cheaper and easier to get than the next – Ascended tier that’s unlocked at crafting level 500. You’re probably going to want to get there eventually, but rushing it might not be the best idea. However, Ascended weapon crafting has a single important advantage over producing armor of this tier. The time-gating is much less painful here (making a Greatsword takes five days while crafting a full Light Illustrious Armor Set from scratch requires at least 36 days).

Weaponsmithing is not necessary to get the most powerful items in the game. Most of them can be bought from other players, as well as looted from Fractals and Raids. That being said, crafting your own weapons is the most reliable way that provides you a lot of control over the process and the final product.

As we have already mentioned, upon hitting the crafting level 400, you will get access to two important item categories: Exotic weapons and superior sigils. You will probably make use of both unless you’re just leveling your Weaponsmith to get to the Ascended tier (not recommended).

As far as the weapons go, the types that you can craft are axe, sword, dagger, greatsword, mace, hammer, spear, and shield. The two available Exotic weapon sets are Pearl and Primordus. There’s also the unique Corrupted line that requires recipes.

About the sigils, most of them can be produced by every weapon crafting discipline, but there are quite a few interesting ones exclusive to Weaponsmithing. Superior Sigil of Strength can be great for power DPS build. Superior Sigil of Doom allows the user to inflict poison after weapon-swapping, which can work wonders in a condition DPS setup. At 400 you can also craft gifts. Specifically, Gift of Metal is very important, because it's used in multiple Legendary weapon recipes in the Mystic Forge.

The next big breakpoint is level 500. At this point, you unlock the Ascended weapons and some more Inscriptions. This weapon tier is stat-equivalent to the best in slot Legendary weapons. The latter is just more prestigious and can have their stats altered out of combat, which makes them extremely convenient.

After hitting these breakpoints, you can definitely start using crafting as a source of additional income. This is when the whole investment starts paying off. Crafting the components for Ascended weapons might be the most lucrative thing to do, because of the time-gating. It keeps the supply relatively low, while the demand stays alive due to more and more new characters getting to the endgame content.

After all, Guild Wars 2 is an MMORPG. Pulling off the highest damage numbers possible is an extremely important aspect of the game (at least for the DPS roles). A lot of it comes from perfecting your skill rotation as well as the general game knowledge and experience. However, stronger gear can always help in increasing those numbers. That’s why the Ascended weapons can often be really important, especially for players who raid a lot.

As we said, leveling your crafting disciplines is an investment. It feels bad to buy materials only to throw them away by crafting worthless items that nobody needs. Unfortunately, there’s no other way around it. If you don’t have enough gold to buy all the mats at once, farm for it instead. The idea is simple. Doing it all at once, following a marked-out route is the best way to do it.

Here’s an example of a crafting route that you could take in order to hit the so important level 400 mark. It can be a little cost-heavy, but saving up to get all the necessary materials shouldn't be that hard. Remember to check your bank storage before buying the ingredients. If you have been collecting all the loot from monsters, there's a decent chance that you'll be able to save some expenses.

Items to buy from NPC Vendor

60x Bronze Ingot (one crafting attempt makes 5 of them, so 12 attempts)

Use it alongside Bronze Mace Head and Small Green Haft to discover Healing Bronze Mace. Then make 18 more.

Combine it with Bronze Mace Head and Small Green Haft to discover Malign Bronze Mace. Make 9 more of them.

Use the last three components to discover Ravaging Iron Mace and make 8 more.

Discover Minor Sigil of Strength by combining Onyx Fragment, Symbol of Enhancement, and Pile of Lucent Crystal. Then produce 12 more of those sigils.

Use Crystal Fragment, Symbol of Enhancement, and Pile of Lucent Crystal to discover Minor Sigil of Benevolence. Make 12 more.

Use Symbol of Enhancement, 2x Crystal Shard, and 5x Pile of Lucent Crystal to discover Major Sigil of Benevolence and make seven more of them.

Use Molten Core, Symbol of Pain, and 5x Pile of Lucent Crystal to discover Major Sigil of Doom (another recipe this time)

After all that, you should be a level 400 Weaponsmith. At this point, you should make yourself some Exotic weapons if they’d be a power upgrade over your current gear. You should also take a look at the list of superior sigils that you can produce now. You can definitely use some of them in your builds.

While the previous step was definitely necessary to get anything valuable from Weaponsmithing, this one is a little bit different. If you’re not looking at raiding or the most difficult fractals, leveling further than 400 is more of an extracurricular activity. That being said, you’ll probably want to get the Ascended weapon eventually, so why not start early?

Discover Superior Sharpening Stone with 1x Orichalcum Ingot and 3x Pile of Crystaline Dust, then make nine more of them.

This is the step, where we create all the components necessary for all the weapon discoveries in the next level tiers. We’re not going to break down each discovery, just use the proper materials from this step, 5 Globs of Ectoplasm, and the right inscription.

That’s the end of the Weaponsmith leveling journey. All that’s left to do is getting the time-gated recipes for Ascended weapon components and making them. Unfortunately, there’s not much else that you unlock at 500. That being said, tons of builds use melee weapons to optimize their DPS, if you’re playing multiple characters, crafting all the Ascended weapons that you want will definitely take a while.

Follow and search through our blog to find and read other interesting guides and articles. If you're looking for some kind of a boost, you can also check out some of the offers posted at MMOAuctions. Sign up with your email to join the community of trading gamers!

There's a lot of content about Guild Wars 2, other MMORPGs and all kinds of online games, including mobile ones. Other GW2 crafting disciplines are Huntsman, Artificer, Tailor, Leatherworker, Armorsmith, Chef (Cooking), Jeweler and Scribe. Of course, there also are the nine main character professions to choose from. 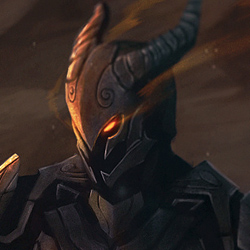 thecolorbug
For Level 250, do you mean Destroyer Shard in place of Molten Shard? You can't use a Molten Shard until your level is 275 in Weaponsmithing. At this level, the Destroyer Shard is the only other available option to use alongside the Symbol of Pain and Lucent Crystal.
1 year ago

thecolorbug
The Level 325 tasks also only bring you up to level 345 rather than 350 so the 350 tasks can't be completed and there's no mention of how to obtain a recipe for Mithril Plated Dowels - it isn't previously explained.
1 year ago

thecolorbug
I see what happened now - you're missing a whole Level 325 section where you make 26 Berserker Mithril Shields.
1 year ago