EvE Online Orca - All you need to know about mining ship 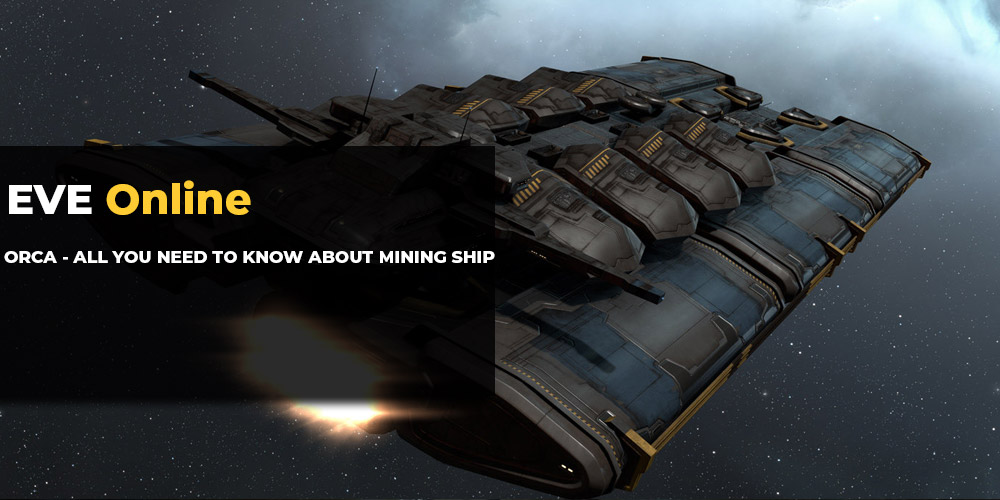 Orca is often called a “mini rorqual” thanks to a wide array of fleet utilities it provides. One of the major Orca features is its massive cargo hold in four different storage areas which costs about 800 Milion ISK:

Apart from four different types of cargo bays, Orca provides fleet members with unique bonuses. For example thanks to Orca fitting services you are not only able to swap ships in space but you can also adjust your fitting whenever you feel like it. Thanks to tractor beam range and velocity Orca can collect jettisoned ore without moving from can to can. 500% range of survey scanners will fully cover asteroid belt of any size.

Orca is also capable of “buffing” their fleet using Command Burst modules in high slots and can keep using three different Command Bursts at the same time (up to five with proper rigs). For mining operations, for example, Orcas will be fitted with three Mining Foreman Burst charges or a single Mining Equipment Preservation charge. Bursts can be changed by changing the charge which works like switching ammo. Mining command bursts are as follows:

Post-Ascension update, Orca has been provided with additional functions that greatly increases ships usability in lower security sectors. Orcan can repair friendly ships with drones, store combat ships in the Fleet Hangar. Orca also serves as excellent hauler with a capacity close to that of a freighter but with far better agility and survivability.

Skills you want to have when flying an Orca:

Additionally, to further benefit your fleet, you might want to consider leveling up your Leadership, Fleet Command and Wing Command skills.