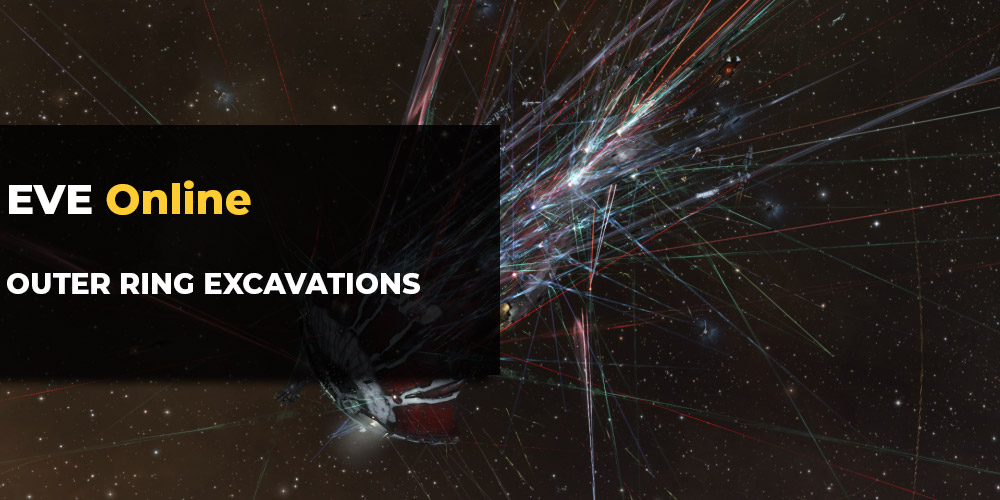 O.R.E or Outer Ring Excavation, is the biggest independent mining corporation in EvE Online and as such has no connection to any of the four empires even tho they begun as a Gallentean corporation. When Gallente Federation tried to forcefully gain information about the location of some of the most secret O.R.E asteroid belts filled to brim with Nocxium in the Outer Ring region the company completely seceded from the federation. Thanks to their massive wealth they could afford to buy themselves a small army and keep their operations a secret. Few pirate factions tried to invade O.R.E territories but failed miserably.

O.R.E supplies New Eden with the most advanced industrial ships ranging from mining frigates to capital industrial ships. You can start training towards O.R.E ship straight away since, unlike pirate factions, they do not have any faction prerequisites but it’s worth nothing that all ORE ships are shield tanked so you’ll have a small head start as Caldari or Gallente.

What is EVE Online ORE Roster

The ORE roster opens up with the very basic Mining Frigate: Venture with some very basic bonuses to mining yield and gas cloud harvesting. Mining Frigates can be further developed into very specialized Expedition Frigates: Prospect and Endurance. Both frigates are for the riskiest of miners that aim for small yields of extremely expensive ores. Prospect can fit a covert-ops stealth module and is designed towards harvesting gas clouds while Endurance can a regular cloaking device (thanks to 50% reduction in Cloaking Devices CPU requirement and Cloak activation and max velocity penalty reduce) and is designed towards Ice Harvesting.

Next line of ships are probably most popular ORE ships in the game: Mining Barges. Since mining barges are first ships that can fit basic strip miners they are often considered entry-level mining ship, with improved ore cargo holds and mining yield those are the first ships that will make you feel like a real miner. There are three different mining barges which basically do the same job but have different strengths: Procurer is a mining barge that provides bonus to drone damage and hitpoints, good ship to fend off those nasty belt NPC pirates. Covetor has 25% reduced Strip Miner activation cost and Retriever has the biggest cargo hold.

Once you master your Mining Barges and want to step up your mining game you will advance towards Exhumers, which are Tech 2 Mining Barges. Just like in case of their less advanced brothers, there are three types of ORE exhumers each with strengths in different kinds of mining game. Hulk is good for bigger mining fleet operations since it has 25% shorter cycle time on its strip miners, Skiff has the strongest drones and Mackinaw has the biggest ore hold.

But mining is not everything ORE has to offer. O.R.E ships also consist of very unique industrial ships like Noctis which is made for salvaging thanks to the bonuses to Tractor Beam range and velocity and improvements to salvage modules. Porpoise is a fairly cheap command ship that will boost your mining fleet, good for small mining fleet ops in null-sec. Orca is your more expensive mining booster, slower and less agile than Propoise but with better bonuses, drone yield, and cargo hold.

The best of the best for mining

Rorqual is the apex mining ship. Rorqual is designed to support large mining operations in null-security space. Thanks to the ability to grind and compress raw ore fleets can spend on a beltway longer. Rorquals can also fit capital tractor beams which allows them to pull containers from huge distances and much faster than any other mining command ship. Huge drone bay, jump drive, clone vat bay, and other features make Rorqual king of industrial-level mining operations. Rorqual also has a maintenance bay for mining barges and exhumers.

ORE also introduced to New Eden a unique freighter - Bowhead. This massive ship has been designed as a specialized ship transporter capable of transporting multiple, fully assembled hulls at the same time without stripping fits. Perfect for war-time operations and fleet logistics.

This was a brief look at ORE ships. Hope you guys enjoyed the article. As always keep your D-scans running and fly safe!