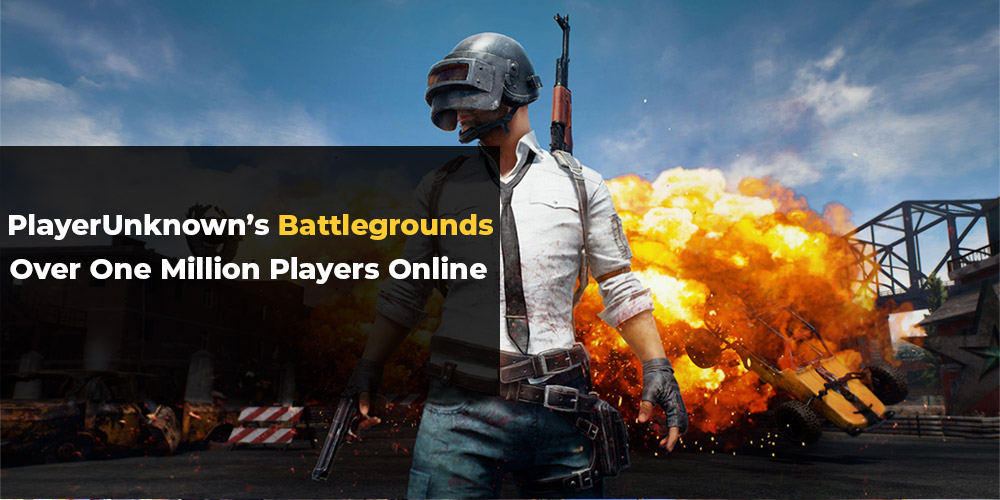 what happened with PUBG on steam?

1,028,540 people online in same time. Everyone's playing the biggest hit of last few months on STEAM. From Australia through America, Europe and most of all Asia from where at least half of the community comes from.

PlayerUnknown’s Battlegrounds has set a new historical record on STEAM. This is the second game on STEAM that managed to exceed one million logged users simultaneously. So far, only DOTA 2 (1,295,114 - established in 2015) has gone so far. This record will be beaten very quickly. Maybe this month (wouldn't be surprised if they hit 1.2m soon).

Not sure how many of you are aware that game was developed by the same studio as TERA Online. Congratulations for this fantastic result! A few months ago no one predicted that it will be such a big success!

This is one of the most popular games of the last years establishing online battle royale genre as a worldwide gaming phenomenon. The goal of the game is survive - by eliminating other players and avoiding being eliminated. Fast paced, fun to play, constantly growing in popularity. We'll see what's to come.

Check out PUBG on our Market