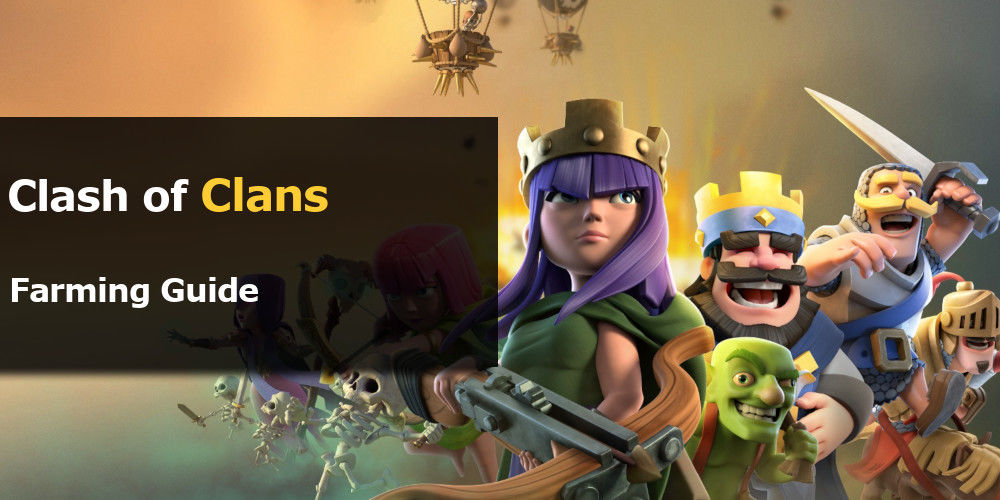 The development of mobile phones over the past few years brought some serious changes to the gaming market. A cell phone is something more than just a calling and texting device, or GPS navigation in the best-case scenario. Now it’s also almost as powerful as a computer, which makes it a viable gaming tool with its championships, leagues and huge gaming communities.

Clash of Clans created by a Finnish company Supercell is, by far, one of the most popular mobile games in recent years. Even though it is neither original (we have already seen a variety of in-game mechanisms) nor unique, still more than twenty-three millions of players have liked Clash of Clans on Facebook. The game is available for download on Google Play or Apple App Store for free.

At the start of your Clash of Clans journey, you will receive your own land so you can develop it into the greatest empire known to the world. You can choose from a variety of buildings and units. The main goal is to join a clan, fight with other players and clans (and defeat them obviously) and finally to gather the trophies. One receives trophies either by successfully attacking enemies or defending their base.

The game also offers a single-player mode. Playing alone, however, even though it might save you from disappointment and grief - it’s also less fun. There is nothing more satisfying in games than whopping other players. Of course, it is a double-edged sword - getting beaten down is not as nice as we would all like it to be.

Clash of Clans is fully free to play, as it also contains the in-game premium currency - gems. If you hate wasting your time waiting for building or process to be finished and your wallet is full, you can speed it up with said gems.

Clash of Clans is, you’d say, just a game to play for a while, to have some fun and after everything’s done - return to your day-to-day life. However, there are many people, whose ambition is to become the best at this very game. Therefore CoC long ago has passed the point of existing as an entertainment tool for some players, as it grew up to become something between a sport, passion, and lifestyle.

This ultimate guide might be really helpful in boosting your account to max lvl and in a regular scoring epic three-star wins.

Whoever played any game online, is well aware, that there is one common thing, that brings them all together, whether it’s a MOBA, MMORPG, strategy and so on.

Experience points, gold, elixirs, blue essence, gems, diamonds and whatever else the Lady Creativity had whispered into developers ears. All this serves the main purpose of evolving, growing stronger and stronger, bringing us closer to the top just like in a real-life. The more resources you have, the more powerful you can be.

Main resources in Clash of Clans are:

These methods as effective as they can be, are not the only way to get absurdly rich (or at least to get more resources). Gold and Elixir are the most common ones, easiest to collect and despite their availability - very valuable.

Thousands of years since the monkey climbed down from a tree and human civilization started its existence, there has always been a war over resources. From women, land, food to money, power or access to sea later on. It has been a leading cause of the vast majority of wars throughout history. Resources are power. This rule applies to Clash of Clans as well and since the very beginning of the game building mines, storages and upgrading them was not meant to be the only way of acquiring goods.

This brings us to the matter of Clash of Clans farming, which is raiding other players’ domains.

Initially, it was very chaotic, disorganized, and random. Now it has its own tactics, strategies, and targets, which we’ll attempt to get to know so that you can have your labs running and keep every builder constantly at the construction site, thanks to our fresh, violently acquired resources.

To loot effectively you will need to follow some general rules of thumb. It’s just like in real life - you cannot do everything at once nor do it randomly.  Random is a very dangerous term in games because random things skate over skill, experience or knowledge.

First of all - keep in mind that you are farming right now. Nothing else matters. All you care about is to get a lot of resources in the fastest, cheapest, and most efficient way. It doesn’t matter if you lose or drop trophies. Resources are the important thing here.

Well-selected and prepared army is a big part of successful farming. You wanna build cheap so that net income is satisfying enough. Remember - if you spend, for example, 300k Elixir and loot 500k, your general income isn’t 500k - it’s 200k. Another thing: do not spend resources that you want to farm. If you are going for Dark Elixir, don’t use army built on the basis of Dark Elixir, cause this way your net income will not be as high as you want it to be. It doesn’t matter that you personally like certain units. It’s all about getting rich.

There are some established compositions for attack strategies made specifically for the purpose of enrichment:

Feel free to check out some YouTube guides and videos, for a better view on how to conduct each attack properly. 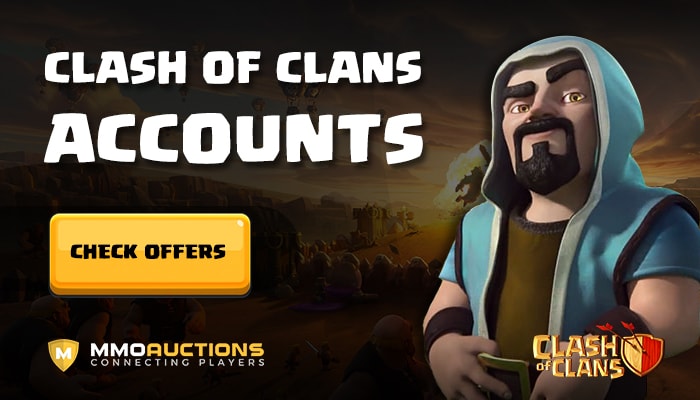 In my opinion, this may be the most important part of farming.

Firstly, you want to choose victims with their Town Hall level similar to yours. A target that is too weak for you will result in poor loot. Enemies too strong for you, on the other hand, will send you home with empty hands. Look at the buildings and their levels - this will provide you with useful intel. Sooner or later you’ll learn all of that and you’ll start estimating potential targets with a single glance.

Secondly, for novice farmers, it is strongly advised to go only for collectors. This method works by abusing the NEXT button and continuing to search for dead villages. In a dead village, defensive buildings are your only worry and it’s fairly easy to take them down. Brimming collectors are a sign, that they are full and there is no one else to collect valuables, or should I say - no one except you. Until your raid income isn’t 150 - 200 k, you can’t go higher than TH9, and you don’t have a Queen yet - it is recommended to focus just on raiding dead bases.

Thirdly, avoid walls. If you are just beginning your adventure with farming, this is an obstacle that is not worth your time. Raid only when you see collectors outside the walls of the base.

Fourthly, you don’t need spells. Using them will not bring you any more profit and it’s a waste of time. Save them for other occasions.

Fifthly, it’s preferable to attack with a small army:

Bringing in more troops lowers your income per time rate and is putting you at risk of losing more. Don’t hesitate to leave the second you feel any doubt.

Lastly, if you want to attack a player-controlled village, you need to be able to recognize the level of particular buildings. Raiding targets with not fully maxed collectors is not worth your effort. Fully stacked villages are mostly well defended. These attacks must be well-coordinated and thought over, but when farming - step back and try to find yourself an easier target. Remember your goal - it’s all about resources, not trophy pushing.

Of course, in the end, you will have to choose your favorite strategy. You may not get along with smashing NEXT over and over, or maybe you will say that minions in your army are not a good idea at all. No one can tell you how you should farm. After all - it’s your game. Do everything to get the most out of it and let everybody know that you are an absolute powerhouse, and your great empire is in the making. 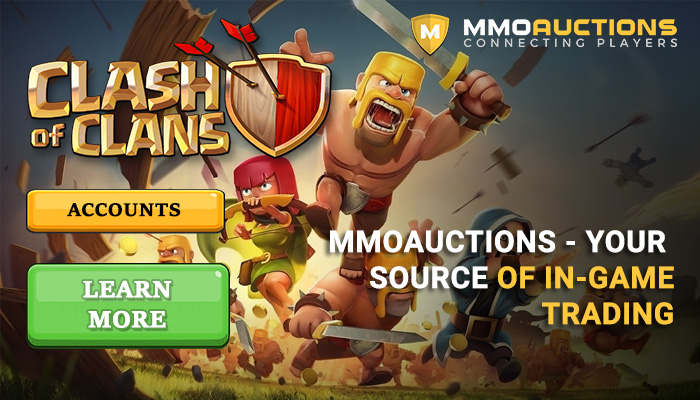 Any thoughts about this guide? Maybe you have experienced some different scenarios, and you disagree with our waypoints? Feel free to share your opinion on our social media - Twitter and Facebook.

We’re looking forward to any form of contact, as we appreciate every piece of feedback from our wonderful community. 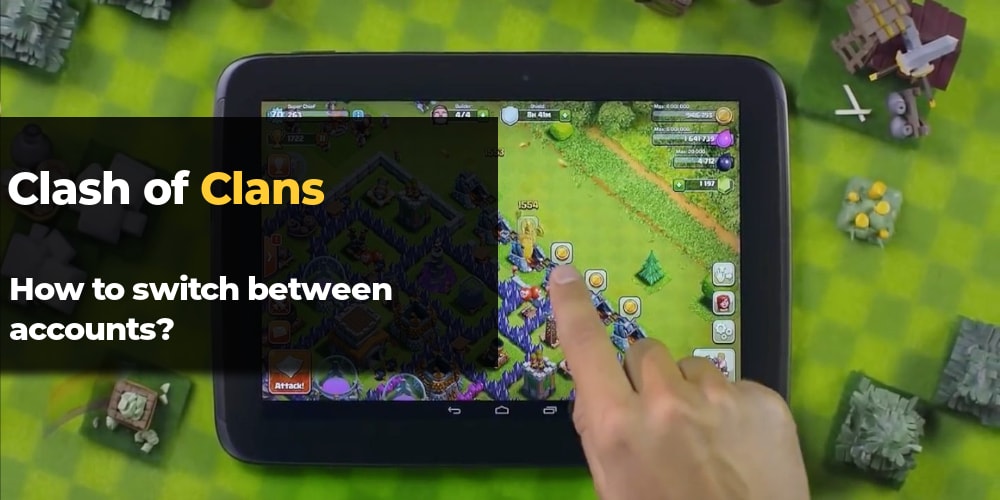 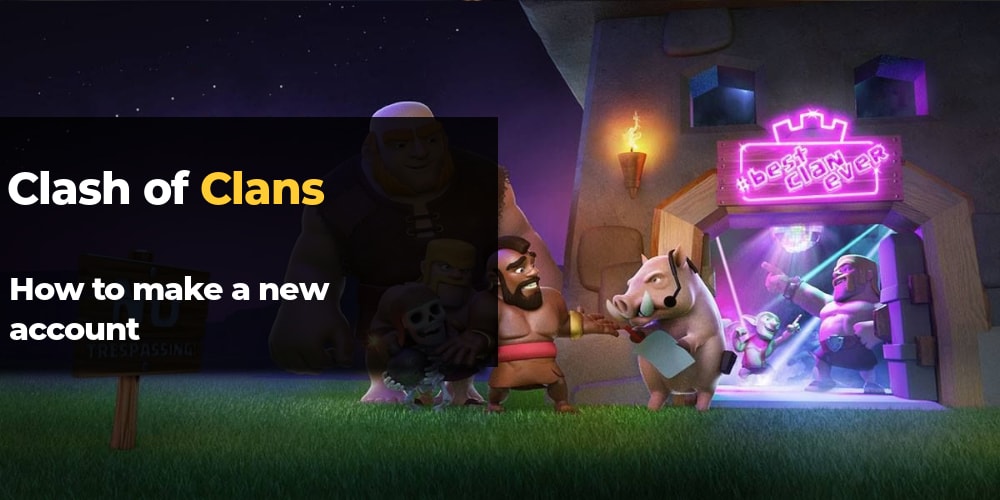 How to make a new Clash of Clans account - guide... 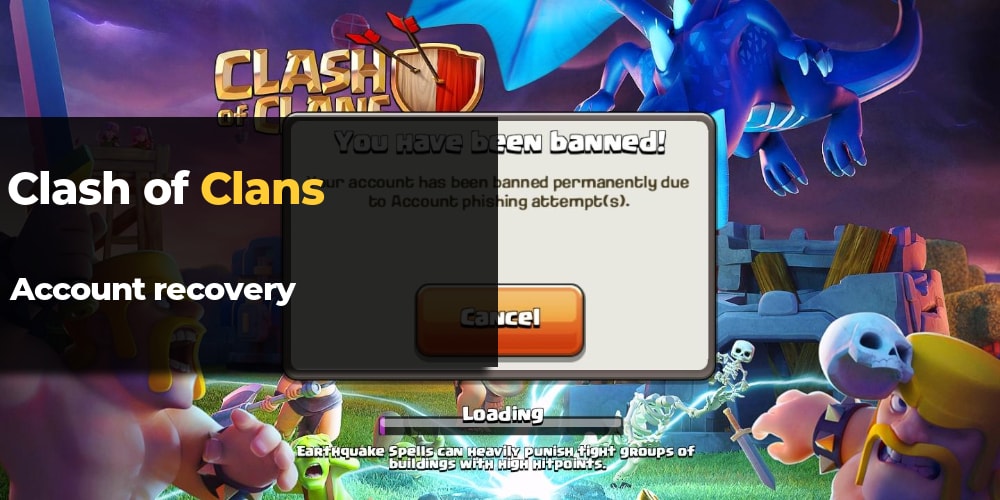 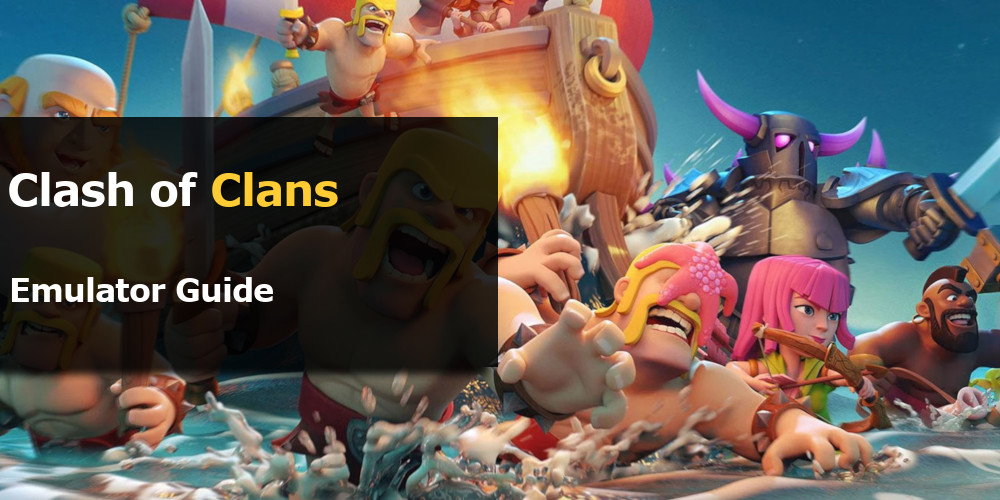